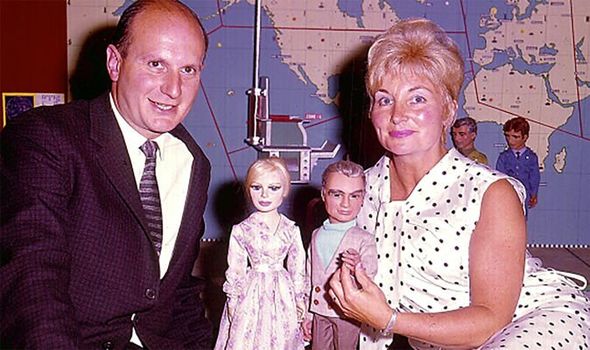 Jacob Rees-Mogg has joined the battle for justice for the late Sylvia Anderson whose ex-husband Gerry enjoyed all the plaudits and financial rewards for hit TV shows such as Thunderbirds, Stingray and Captain Scarlet And The Mysterons.

The couple’s daughter, Dee Anderson, 68, is behind the campaign to give her mother the recognition she says she deserves.

“What the world has not realised is that my mum was the true creator behind these shows,” said Dee.

The case was raised in Parliament last month, with SNP MP Lisa Cameron telling the House that it was imperative to “put matters right” in recognising the work of Sylvia and other pioneering women historically ostracised in the creative industries.

Leader of the House of Commons Jacob Rees-Mogg said the happiness that Sylvia’s work had brought to children everywhere should “rightly be recognised” in an adjournment debate.

“It breaks my heart knowing how my mother was treated,” said Dee.

His stepdaughter claims the deal was “woefully undervalued” and that her late mother never saw a penny of it.

Sylvia and Gerry Anderson married in 1955.

Together they built an extraordinary empire of television shows.

The Anderson film company described Sylvia as the “driving force” behind the outfit: she designed and created the puppets and characters, co-wrote the storylines and even occasionally directed filming.

The couple enjoyed all the trappings of wealth. Gerry drove a Rolls-Royce and their children, Dee and her halfbrother Gerry Junior went to private school.

However, when the couple split in 1975, Sylvia faced financial hardship and had to go out to work as a talent scout. Sylvia, speaking shortly before her death, claimed her ex-husband started to “rewrite history” after the divorce. She said that while he and the Thunderbirds empire continued to “make millions” she did not receive any royalties.

East Kilbride MP Ms Cameron told the Sunday Express: “It is vital that the important contribution of women in the media is fully acknowledged and recognised.”

An ITV spokesman said: “ITV values our long-standing relationship with Dee Anderson and her family and we have done everything asked of us by Dee to commemorate her mother’s creative contribution.”

They added: “Given the original commercial deals in the 1960s and 1970s were made with Gerry, Sylvia’s husband and Dee’s step-father, any discussion of financial compensation from those arrangements is a matter between Dee and Anderson Entertainment.”