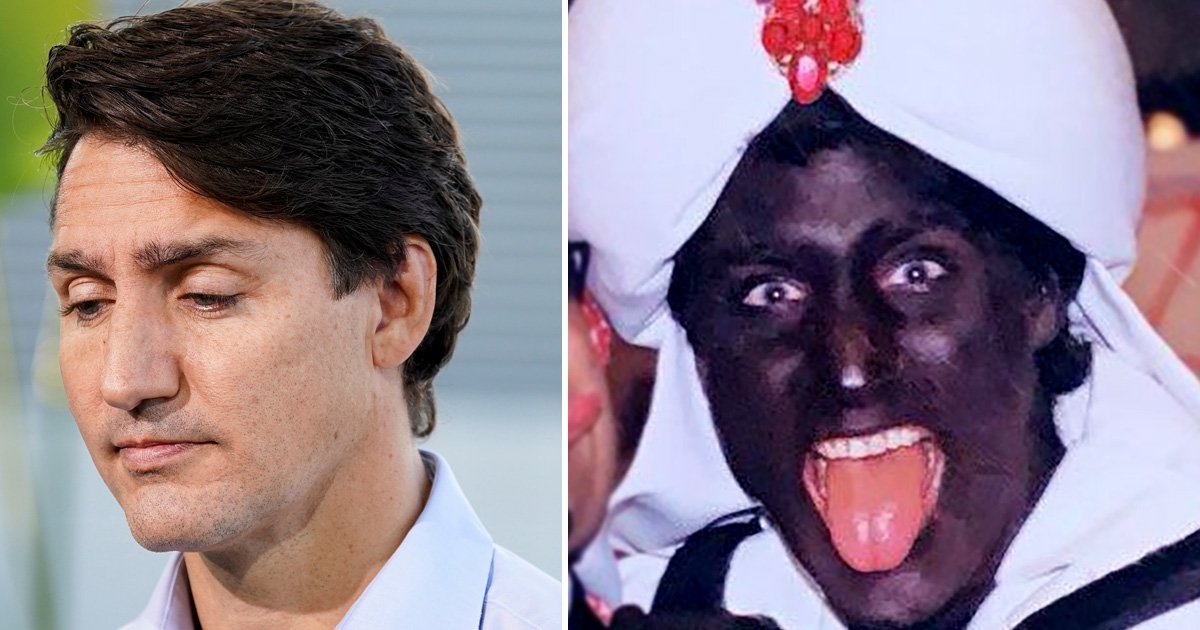 A bombshell new photo of Canadian prime minister Justin Trudeau in blackface was released on the eve of the country’s election.

It emerged with polls showing his Liberal Party in a tight race with the Conservatives as he battles for his political life.

The picture appears to show a 29-year-old Trudeau sticking his tongue out at an Arabian Knights-themed party in Vancouver in 2001.

Similar images of Trudeau wearing blackface came to light during the 2019 election.

The liberal leader said he ‘deeply regretted’ dressing up and said it was his ‘privilege’ that blinded him from the racism of doing so.

The new colour photo was released on Monday by the group Canada Proud which is campaigning for Conservative leader Erin O’Toole.

It showed a younger Trudeau wearing a white turban with a red jewel and purple feather poking out the top.