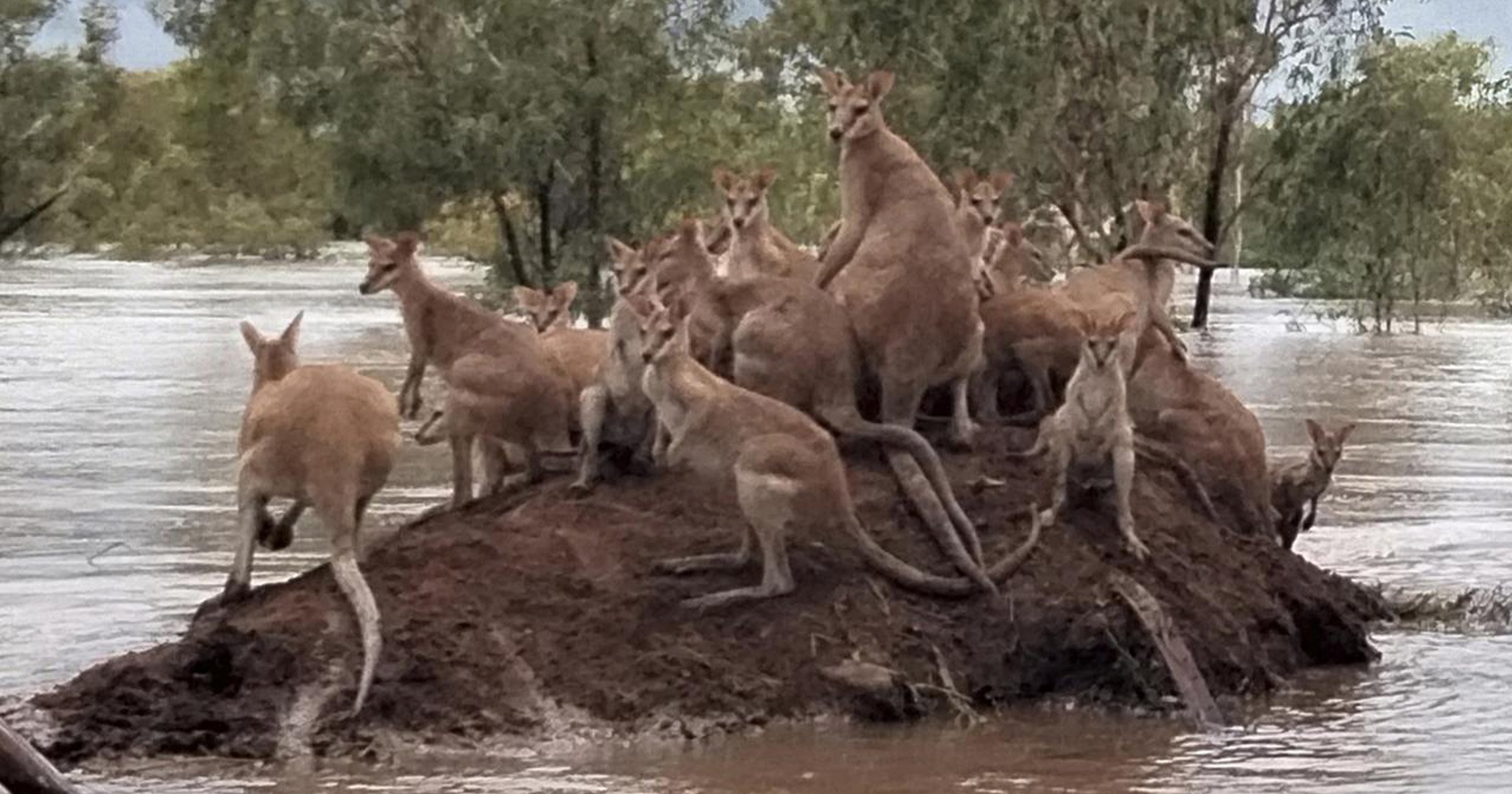 This is the disturbing moment a mob of kangaroos tried to escape the ‘once-in-a-century flood’ in Western Australia.

Pictures show more than a dozen animals huddling together on a small island as the murky water continues to rise.

Cyclone Ellie has brought continuous rainfall, lifting the Fitzroy River to its highest level ever.

The Bureau of Meteorology said the river had reached 15.74m in the early hours of this morning, adding it will peak even higher later this afternoon.

Homes have been flooded, roads turned into rivers and residents forced to climb into boats to get around.

Abandoned cars can also be spotted fully submerged by the flood water.

‘This is a dangerous and fast-changing situation, and more rain is expected over the next few days,’ he told reporters on Tuesday.

‘We have not seen rain like this for at least 100 years so it is kind of shocking to see the water as high as it is.’

Mr Dawson confirmed that a number of flood rescues for people have been completed in Fitzroy Crossing.

All together, there had been 18 calls for assistance from people in flood-affected areas so far.

Ex-Tropical Cyclone Ellie is expected to move slowly around its current location over the next 18 hours before beginning to move to the southeast during Thursday.

According to the Bureau, Cyclone Ellie is expected to slow down over the next 24 hours, and finally move to the east on Friday.

A statement read: ‘Record major flooding at Fitzroy Crossing is expected to peak during Wednesday afternoon.

‘Downstream at Noonkanbah, moderate flooding is occurring and major flooding is likely from Wednesday afternoon.

‘Minor flooding is occurring at Fitzroy Barrage and is set to extend downstream to Looma and Willare from tomorrow, with further rises expected towards the weekend.

‘Seven-day rainfall totals of 200-800mm have been recorded across the Kimberley Region to 11am today.’

King Charles amuses bystanders at engagement as he forgets day