Kate, Duchess of Cambridge and Camilla, Duchess of Cornwall failed to pay their respects to the Queen as she returned to Buckingham Palace during Trooping the Colours. Kate and Camilla could be seen awaiting the return of the monarch on the balcony of Buckingham Palace alongside other senior members of the Royal Family. When the Queen’s carriage pulled in past the gates of the Palace, the pair stood still as Sophie, Countess of Wessex and her daughter, Lady Louise, curtsied to the Queen.

The Royal Family has strict etiquette rules regulating who members have to pay their respect two based on the pecking order. While both Kate and Camilla are married to future British kings, they are still expected to curtsy to the Queen during formal engagements.

The Duchess of Cambridge would also be expected to curtsy to the Duchess of Cornwall as she is set to become the wife of the next monarch but the pair are believed to be keeping things casuals – at least until Prince Charles becomes king.

Members of the Family are known to play very close attention to the order of precedence when on official duties. When on outings with the monarch before his retirement last year, Prince Philip traditionally walked one step behind the Queen.

The precedence protocol has remained very strict during the centuries and the monarch only updated it twice since her coronation, once when Prince Charles married Camilla Parker-Bowles in 2005 and again after Prince William and Kate Middleton tied the knot in 2011. 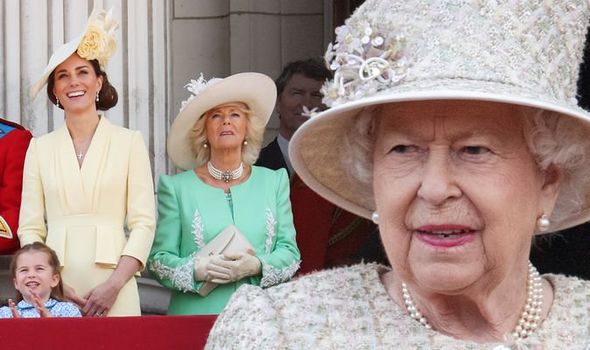 The changes in the order made it so that Kate is expected to bow to “blood princesses” – Princess Royal, Princess Alexandra, and Princess Eugenie and Princess Beatrice – when attending royal duties without the Duke of Cambridge.

The Duchess of Cambridge however does not have to bend the knee to the princesses when William is attending official events with her but has to curtsy to the Queen, Prince Philip, Prince Charles and the Duchess of Cornwall regardless of his presence.

Despite holding the same title as Kate, Meghan Markle may have to curtsy to her sister-in-law when on royal duties the monarch is at.

Royal biographer Andrew Morton said: “Kate has established herself as the future Queen.

“At the end of the day, Meghan will be curtsying to Catherine, because she will be the Queen. 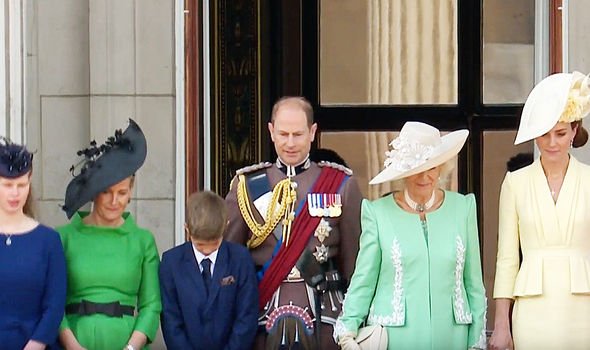 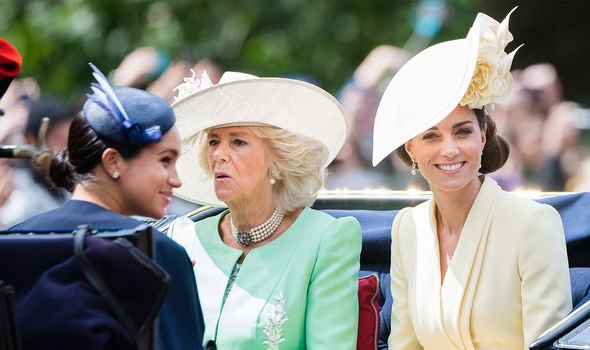 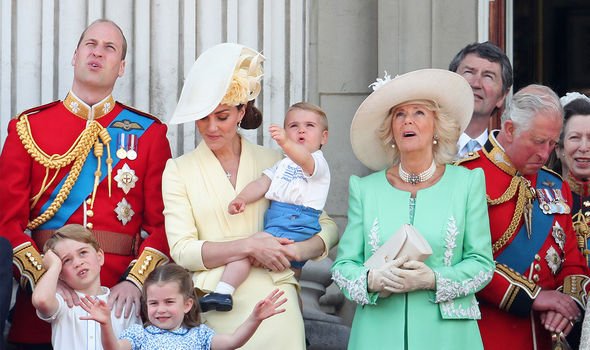 “Meghan will always be just a junior member, albeit a very popular one, of the Royal Family.”

The Duchess of Sussex appeared alongside husband Prince Harry and Kate and Camilla at the Queen’s birthday parade but her young son, Archie, is believed to have remained at home at Frogmore Cottage, Windsor.

The former American actress donned a blue Givenchy frock with a matching feathered hat as she cruised down The Mall toward Horse Guard Parade. Kate sported a yellow Alexander McQueen coat dress.

Following the parade, the Royal Family returned to Buckingham Palace to witness the spectacular RAF flypast from the front balcony.

Kate and Prince William were joined by their eldest children, Prince George and Princess Charlotte, as their youngest, Prince Louis, made his royal debut.