The royal couple attended the awards ceremony last Sunday as William is president. But they were subject to various jokes from Hollywood A-listers who presented awards to fellow actors. This included a swipe at Prince Andrew, who has faced controversy over his friendship with convicted sex offender Jeffrey Epstein, as well as digs at Meghan Markle and Prince Harry, who stepped down as senior royals to spend more time in Canada.

Despite William and Kate laughing along to the jokes, UK media commentator Neil Sean said the pair will not have been impressed.

He told Fox News: “The feedback is that many of the stars stepped out of line in front of the patron, which is the Duke of Cambridge.

“William is a huge supporter of films and spoke openly in his speech about the lack of diversity at the awards.”

The jokes began after Brad Pitt was awarded Best Supporting Actor for his role in One Upon a Time in Hollywood. 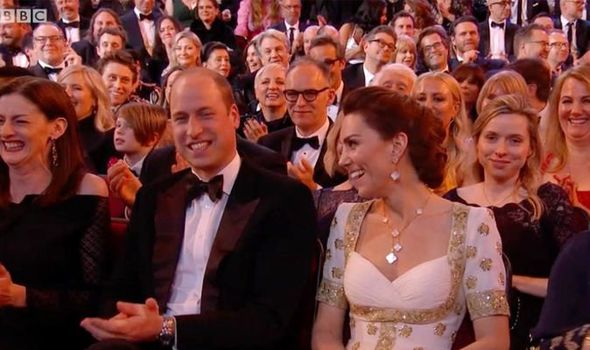 The 56-year-old did not attended the BAFTAs due to a family emergency.

But his speech was read out by his co-star Margot Robbie.

She told the crowd:  “He says he’s going to name this Harry because he is really excited about bringing it back to the States with him.”

The cameras quickly cut to Kate and William in the front row. 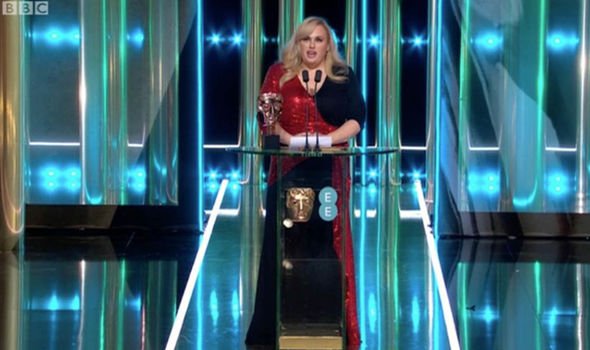 Kate was clearly in hysterics, but William’s grin looked rather pained.

Later in the evening, Australian actress Rebel Wilson also made fun of the name of the Royal Albert Hall, where the awards ceremony was held.

She said: “It is really great to be here at the Royal Andrew… uh, Royal Harry, no, at this royal palace place.”

Kate and William did not appear to be laughing at the joke. 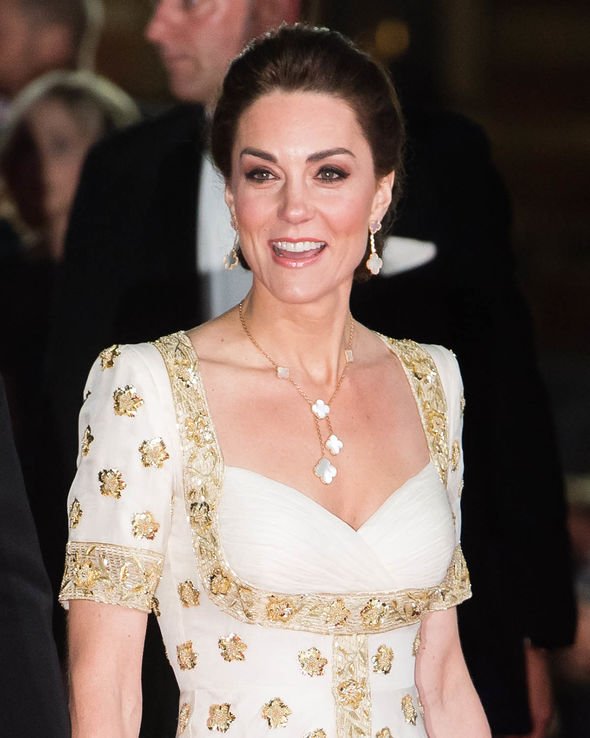 Prince Andrew stepped down from all his royal duties following his embarrassing interview with the BBC over his friendship with Epstein.

Prince William also took to the stage to give a closing speech at the BAFTAs.

His speech mentioned his frustration over the lack of diversity at the awards ceremony when he presented Kathleen Kennedy with the BAFTA fellowship.

He said: “Both here in the UK and in many other countries across the world we are lucky to have incredible filmmakers, actors, producers, directors and technicians – men and women from all backgrounds and ethnicities enriching our lives through film. 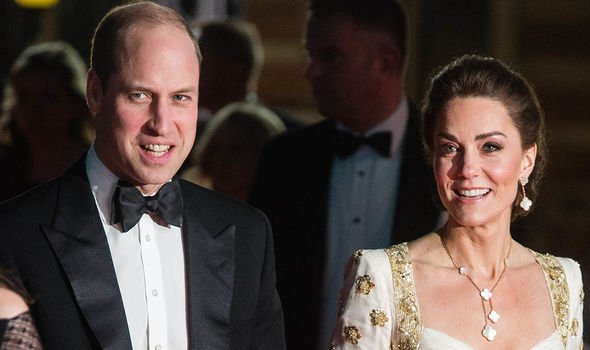 “Yet in 2020, and not for the first time in the last few years, we find ourselves talking again about the need to do more to ensure diversity in the sector and in the awards process – that simply cannot be right in this day and age!

“I know that both Pippa (Harris), chair of Bafta, and Amanda (Berry), Bafta CEO, share that frustration and continue to work tirelessly to ensure that creative talent is discovered and supported.

“Bafta take this issue seriously, and following this year’s nominations, have launched a full and thorough review of the entire awards process to build on their existing work and ensure that opportunities are available to everyone.”

William then lightened the mood when he added: “I must admit I don’t know whether I should be proud, or slightly alarmed, about the number of winners over the last decade who have portrayed members of my own family. 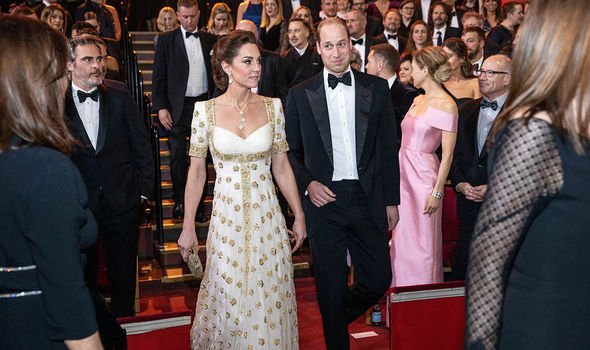 He went on: “One of the great privileges I have as President is to present the Fellowship – the highest honour the Academy can bestow.

“This year the award goes to a simply legendary figure in film.

“Someone whose films I have been watching all my life, and continue to watch time and time again.

“I couldn’t be happier she is receiving this award.”