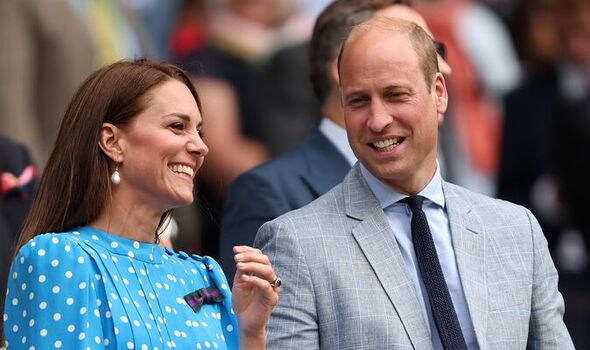 Kate and Prince William quote tweeted the Lionesses celebratory tweet which read: “IT’S FOURRRRRRRRR”. The Duke and Duchess tweeted two emojis in response to the result, with one being hands clapping and another showing hands up.

It comes as England took on Sweden in the first semi-final at Euro 2022 this evening, with reports saying they were likely to face their toughest test yet in their efforts to reach this weekend’s all-important final at Wembley.

The Lionesses have breezed through the vast majority of the tournament so far but needed extra-time to defeat Spain in their most recent outing in the quarter-finals.

But the team managed to secure a spot at the final, beating Sweden 4-0.

England have reached their first major tournament final since 2009 in emphatic fashion, with Sweden simply unable to prevent the Lionesses from running riot on a historic night for Sarina Weigman and her players.

It comes as Prince William issued a rare message to the England women’s football team ahead of the Euro 2022 final this evening.

Writing on the official Duke and Duchess of Cambridge’s Twitter page, he said: “Good luck tonight @Lionesses, the whole country is behind you #WEURO2022”.

Prince William is a big lover of sports, and one of the family’s biggest football supporters.

He has also been the President of the Football Association (FA) since 2006.

Harry and Meghan: Invictus Games ‘proud’ to have Prince Harry remain as patron after royal announcement