Prince William and Kate 'smart' in choice of Adelaide Cottage

The Cambridges’ are relocating this summer to Adelaide Cottage, near to the Queen.

But Hello! magazine reports that the Grade-II listed cottage has a unique connection to Prince Andrew.

The cottage was constructed using material from the Royal Lodge, which is currently home to the Duke of York and his ex-wife, Sarah Ferguson.

Yahoo reported that it is “decorated with furnishings from the Royal Lodge as well as ornamental decoration from an old yacht – including some casual gilded dolphins.” 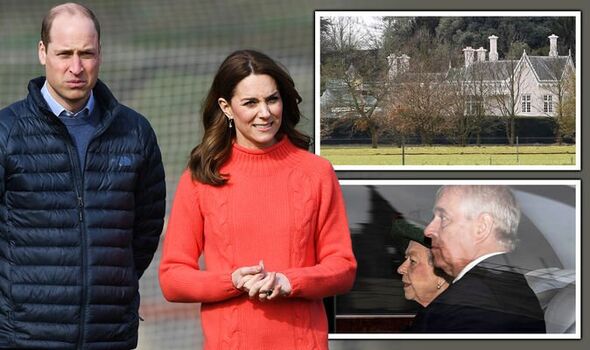 Both Royal Lodge and Adelaide Cottage are set within the 655-acre Windsor estate, where the Queen mostly lives.

Adelaide Cottage dates back to 1831, when it was built as a retreat for William IV’s wife.

It has recently undergone a programme of renovation so won’t need much TLC before William and Kate and their children Princess Charlotte, and Princes George and Louis move there.

It is believed the family will still keep a central London base at Apartment 1A within Kensington Palace, as both William and Kate will be in the city for work.

Although they have not announced the precise reason for the move, it is believed to be so they can be closer to the Queen and other family members.

The four-bedroom property is nearer to Kate’s parents, Michael and Carole, who live in Berkshire.