On their 10th wedding anniversary ­yesterday, the Duke and Duchess of Cambridge gave the world a fresh glimpse of their home life away from the confines of royal duties. William, 38, and Kate, 39, released a heart-warming video and shots of themselves with their cute children enjoying the great outdoors to mark the milestone. They are pictured with Prince George, seven, Princess Charlotte, who turns six on Sunday, and Prince Louis, three. 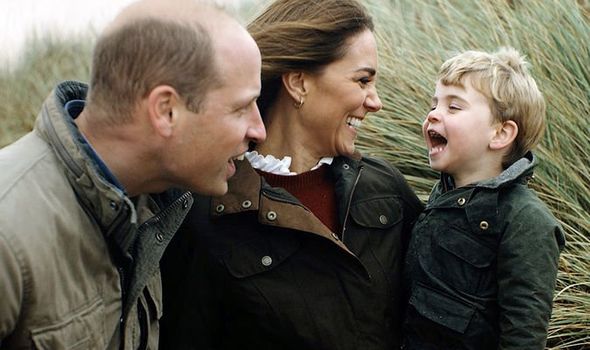 They also posted a message thanking the public for their good wishes on their tin anniversary.

It said: “Thank you to everyone for the kind messages on our wedding anniversary.

“We are enormously grateful for the 10 years of support we have received in our lives as a family.” The new pictures show the Cambridges having plenty of fun in the extensive grounds of Anmer Hall, their 10-bedroom Georgian country house on the Queen’s 20,000-acre Sandringham estate in Norfolk.

They are also seen enjoying the coastal scenery after clambering up the sand dunes at the nearby wide open beaches.

The intimate scenes of their idyllic family life also show William and Kate holding hands and playing chase in the garden with the children. 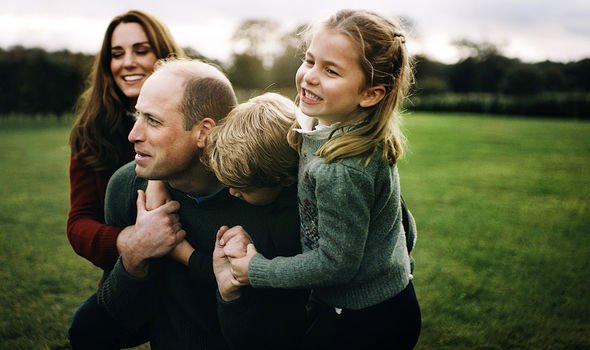 And the young royal heirs show caution as they eye up hot marshmallows after toasting them over a bonfire.

The footage, shot by London-based filmmaker Will Warr, was filmed last autumn, when they still had their cocker spaniel Lupo before his sad death in November at the age of nine.

All five of them are wearing the same casual outfits they appeared in on their 2020 Christmas card.

William, the second in line to the throne, and his wife have been through a traumatic time after the death of Prince Philip. This followed earlier family rows over the Duke and Duchess of Sussex’s departure from their royal roles.

But all was sweetness and light between the Sussexes and the Cambridges yesterday despite the recent troubles. Harry and Meghan sent their private congratulations on the couple’s landmark anniversary. 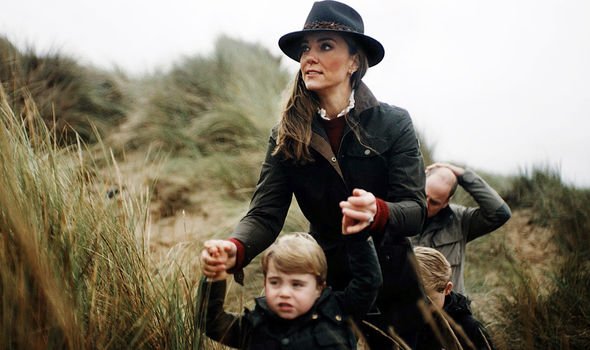 The rest of the Royal Family also offered their best wishes to the couple on the milestone.

A message on the monarchy’s official social media account said: “Wishing the Duke and Duchess of Cambridge a very happy wedding anniversary.

And the Royal Family also shared throwback images of the couple’s wedding day on Instagram.

Prince Charles and the Duchess of Cornwall’s official Twitter account posted a congratulatory message as well, complete with a party popper emoji.

The traditional gift on a 10th wedding anniversary is tin, symbolising strength and durability.

It is the perfect epitome of William and Kate’s marriage.

No deal boost: Polling guru confirms three quarters of Leave voters in favour of no deal