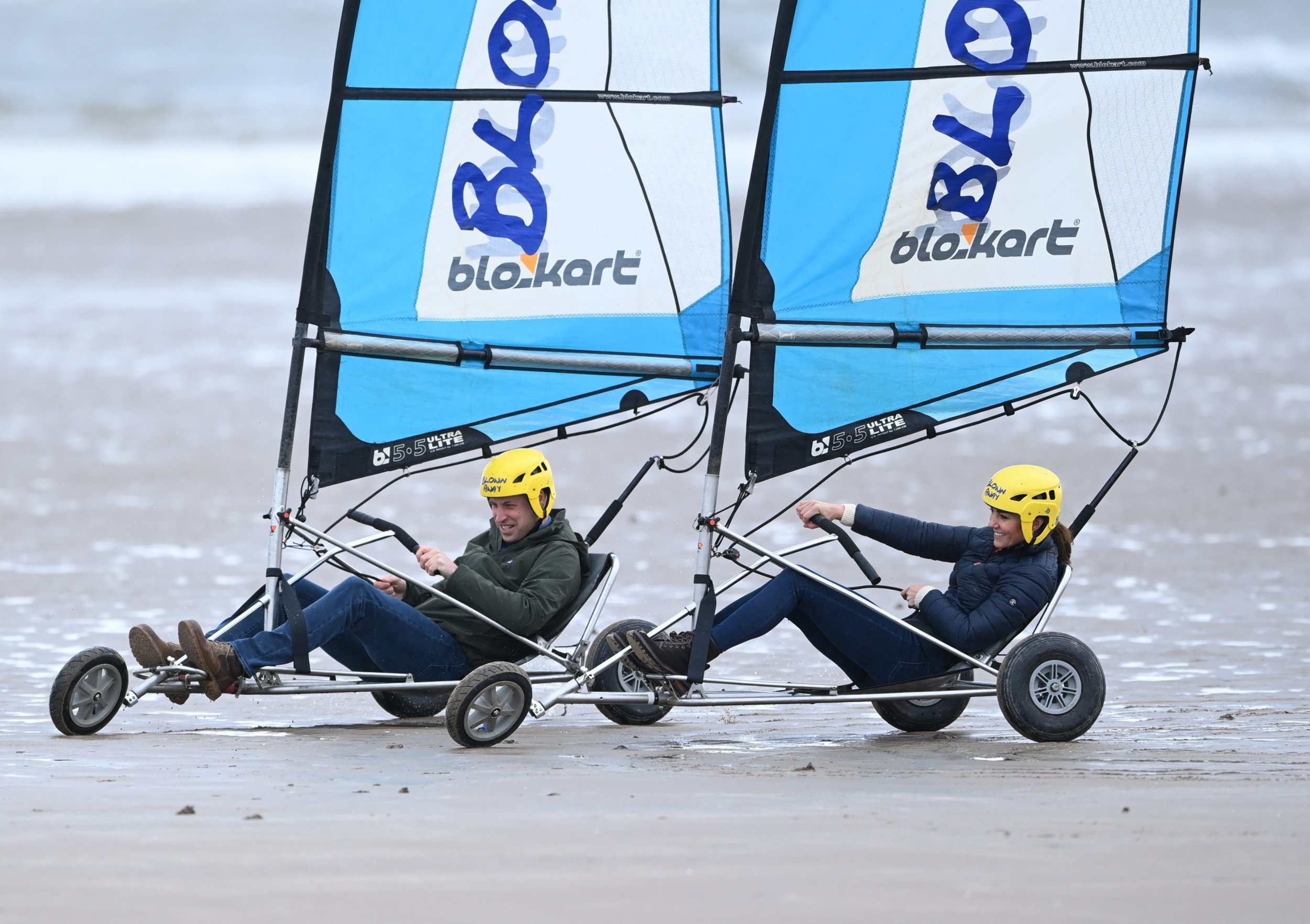 The Duke and Duchess of Cambridge took a romantic trip down memory lane today as they visited the place where they first met 20 years ago.

William and Kate sealed their return to their former university town in St Andrews, Fife, in Scotland, for a day of royal events.

For their first engagement of the day, the pair joined Fife Young Carers for a land yachting session.

The couple, who are notoriously competitive, raced each other in the wind-powered buggies on the West Sands beach.

The beach is just a short drive from the university where Kate and William met as students in 2001. 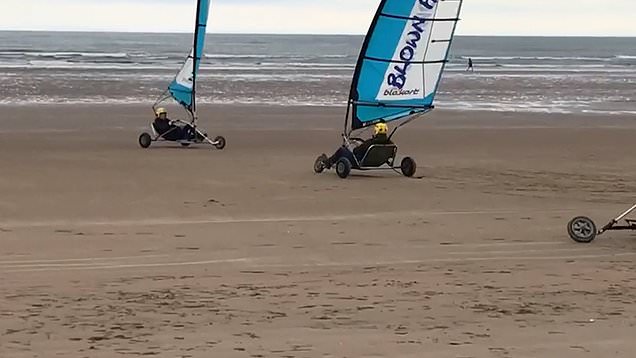 The Duke and Duchess of Cambridge spoke to young carers about the challenges they have faced during the pandemic.

They talked to six teenagers, aged between 13 and 18, about their lives looking after sick parents or siblings and how they balance their responsibilities with school work and trying to do ordinary things that teenagers do.

Kate asked if their friends at school realised the challenges they face.

William praised them for the care they gave their loved ones, telling them: ‘You guys do really well. You should be very proud of yourselves.’

The couple also heard about the charity’s work to raise awareness of the role of young carers in the local area, including introducing a ‘Young Carers Authorisation Card’ scheme in schools, pharmacies and other medical settings.

The card helps young carers identify themselves without having to outline their circumstances and personal stories to those in the local community.

The Duke and Duchess of Cambridge travelled to St Andrews from the Palace of Holyroodhouse in Edinburgh, where they have been staying while on their week-long tour of Scotland.

When boyfriend and girlfriend they were known to enjoy the fare at Pizza Express but on Tuesday night they ventured to a fashionable spot – Forgan’s – which is a contemporary restaurant with a Scottish twist.

The couple asked for a private seating area at the back of the eatery that has welcomed famous golfing celebrities such as Rory McIlroy.

‘There was a crowd outside once they left but as far as inside goes it was quiet,’ said manager Marc, who declined to give his last name.

In their first year in 2001, William and Kate lived a few doors apart at St Salvator’s hall of residence and became friendly, socialising together and playing tennis.

She famously captured his attention when the prince paid £200 for a front row seat at a charity student fashion show where Kate strode confidently down the catwalk in a see-through lace dress which revealed her black underwear.

Kate is also credited with persuading him to continue his studies when he considered quitting in his first year.

They began sharing a four-bedroom Edwardian townhouse in Fife at the start of their second year and at the time, William’s future wife was dating fellow student Rupert Finch.

After living in a halls of residence during their first year, they later house-shared with other students and it is rumoured the future king and queen became an item around Christmas 2003.

The first confirmation that the flatmates were romantically linked came when they were pictured on the slopes of the posh Swiss ski resort Klosters in March 2004.

The tour of Scotland is thought to be part of a royal charm offensive to keep the UK united amid calls for a second independence referendum.

Over the weekend William gave a deeply personal speech in which he described the ‘special place’ that Scotland had in his heart.

He said he found ‘comfort and solace’ in the Scottish Highlands after learning of his mother’s death in Balmoral, Aberdeenshire, in 1997.