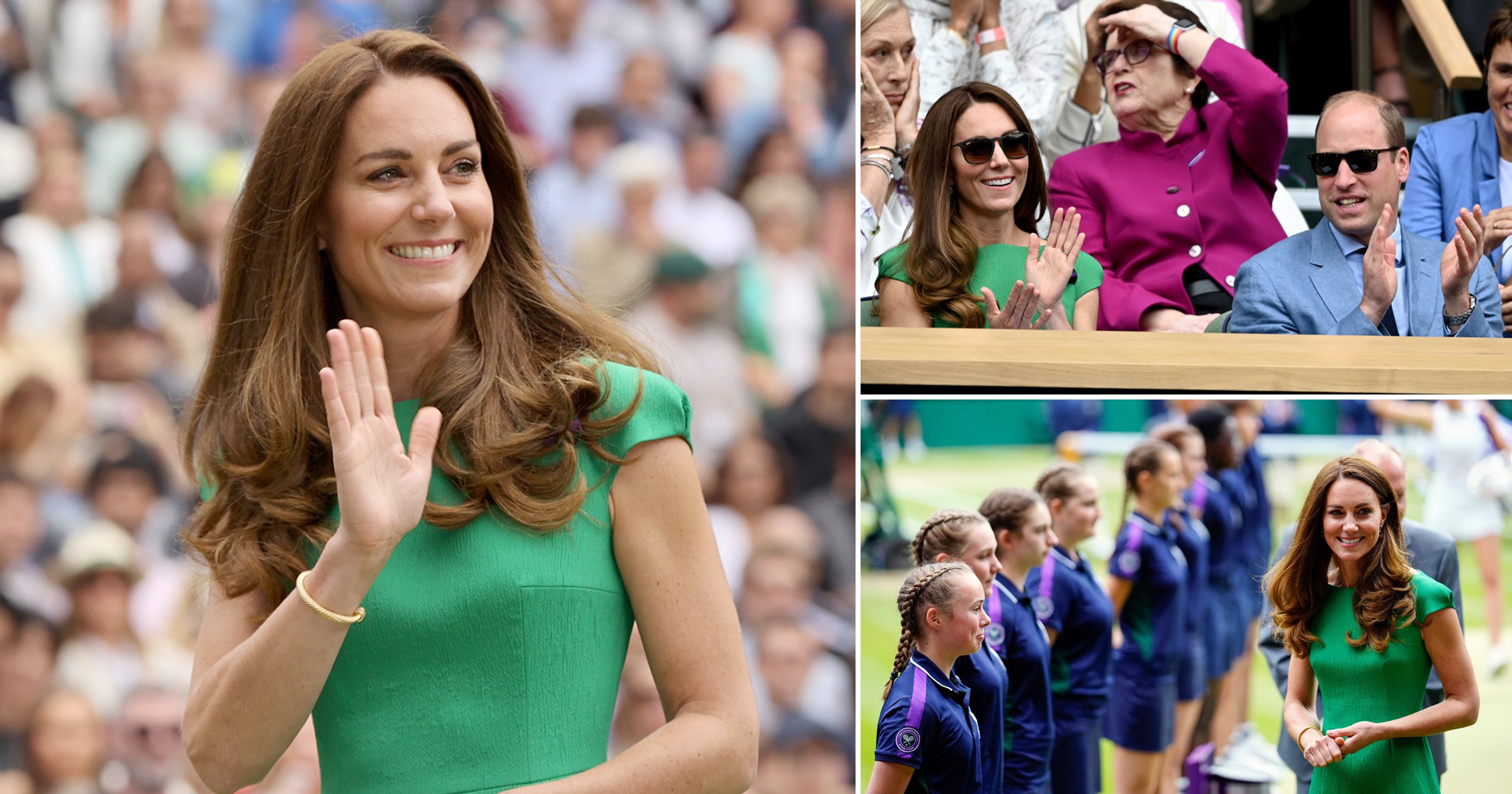 The Duchess of Cambridge could not hide her delight at being back at Centre Court after coming out of self-isolation.

Kate, 39, joined by Prince William, beamed as she arrived for the Wimbledon ladies’ singles final this afternoon.

It is the Duchess’ first public appearance since she learned she had to isolate after receiving a call informing her she had been in close contact with someone who tested positive for Covid-19.

Kate had been supporting Brit Dan Evans – who succumbed to US challenger, Sebastian Korda.

But she excused herself the royal box immediately after getting the alert last Friday.

And she appeared to relish her new-found freedom after seven days indoors.

Kate is one of a host of famous faces to attend today’s match, which saw Australian Ashleigh Barty thrash Karolina Pliskova from the Czech Republic.

She waved to fans at the end of the match, before meeting ball boys and girls then presenting Barty with her trophy.

The Duchess of Cambridge was pictured chatting to Joe Wicks after the YouTube star and fitness expert sat behind Kate in the royal box earlier this month.

Kate – Patron of the All England Lawn Tennis and Croquet Club – will watch the mens’ final alone on Sunday, while William will be at Wembley for the Euro 2020 final between England and Italy.

The Duchess’ release from quarantine comes as more than a million people could be forced into self-isolation every day by the NHS app.

The controversial test and trace system is set to be diluted over concerns the economy will be hit by a wave of staff absences.

Ministers are rushing to tweak the app amid fears thousands will delete it to dodge the dreaded ping.

NHS staff could soon be exempt from self-isolating if traced as a Covid contact.

A German Town Warily Considers a Future Without a Deep U.S. Presence