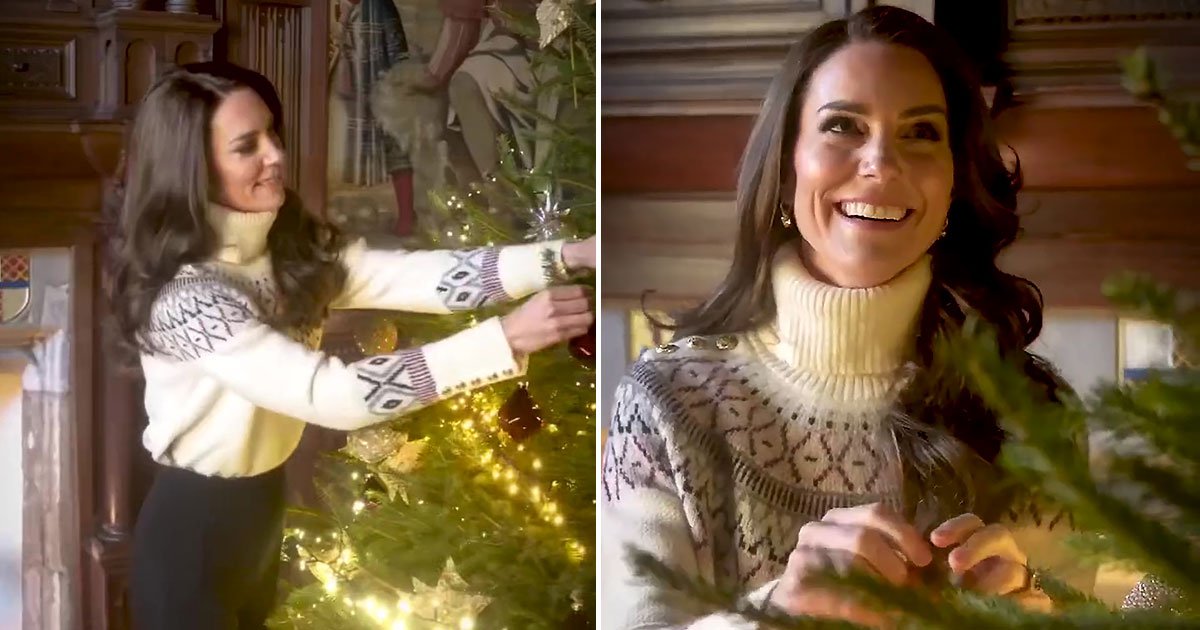 Kate Middleton was seen last night adding some final touches to a Christmas tree on the eve of both her second carol concert and Prince Harry’s second set of revelations.

The Princess of Wales is set to host the Royal Carols: Together at Christmas concert, which will air on ITV1 at 7pm tonight.

Sponsored by The Royal Foundation, Kate will be joined by husband Prince William, King Charles and Queen Consort Camilla, and other members of the Royal Family to mark the occasion.

The Prince and Princess of Wales posted on their Twitter page last night: ‘Final touches before the #TogetherAtChristmas Carol Service tomorrow.’

Kate is seen smiling and wearing a turtleneck jumper while adding ornaments to a large fir tree in Westminster Abbey, while festive music played in the background.

The princess hosted her first carol concert at Christmas 2021 to thank individuals and organisations for their work across the UK during the Covid-19 pandemic.

She surprised the audience with a piano performance last year, playing For Those Who Can’t Be Here alongside singer Tom Walker.

This year is likely to see more celebrities joining Kate as the concert pays a special tribute to the late Queen Elizabeth II, who died in September.

‘This year’s carol service is dedicated to Her Majesty Queen Elizabeth II and the values Her Majesty demonstrated throughout her life, including duty, empathy, faith, service, kindness, compassion and support for others,’ the statement added.

‘These principles are shared and personified by the inspirational guests who have been invited to the Abbey in recognition of their tireless work to help and care for those around them.’

Metro.co.uk will be following Harry and Meghan’s Netflix documentary live when the second installment drops on Netflix on Thursday. Follow our blog here for the latest updates.

Around 148,000 people in England had coronavirus at home in last two weeks