The Duchess of Cambridge, 38, met fellow parents at the during a visit to a health centre in Camberwell, south London. Mothers and fathers there spoke with the royal, who shares Prince George, Princess Charlotte, four, and one-year-old Prince Louis with Prince William. One other parent Kate chatted with was Chloe Koroma, 22, who is helped by the voluntary home visiting programme Family Nurse Partnership (FNP).

Ms Koroma’s son Oliver, four, gave Kate some flowers when he arrived at the event, where she spoke about George.

Ms Koroma said: “It was lovely meeting the Duchess. She asked how old Oliver is and what football shirt he was wearing.

“She said children grow up so quickly and she can’t believe George is six already.”

The programme helps young mothers and those in the stages of their pregnancies. 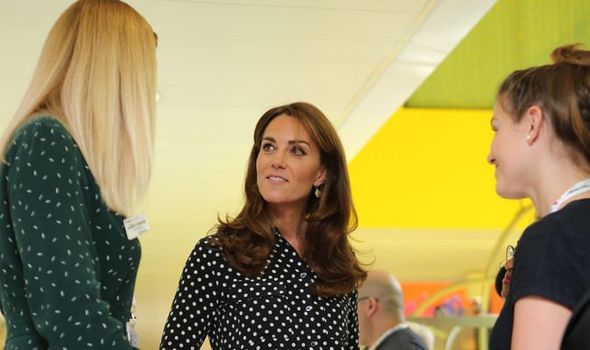 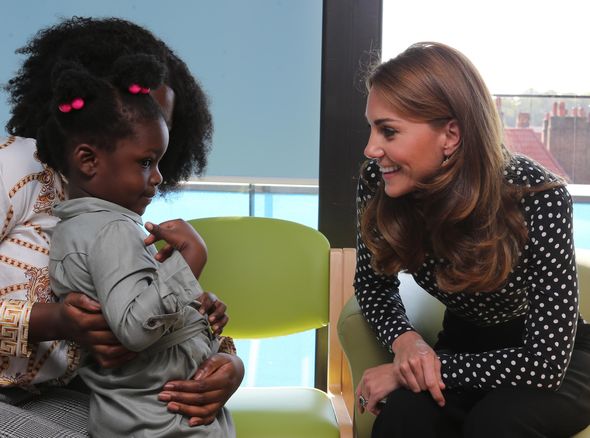 Ms Koroma said off the service: “My nurse Debbie was a fantastic support throughout my pregnancy. She was always there for me and gave me lots of advice and guidance.

“I have biopolar and following the pregnancy I suffered from postnatal depression so I really appreciated her support. I no longer use the service but I’m still in touch with Debbie as she was a big part of my life.”

The Duchess’s comments come after George was pictured welcoming his little sister Charlotte to her first day at school two weeks ago.

It was on Monday revealed that George’s classmates at his £18k-a-year school had to be cleared by security personnel before being granted access to Kensington Palace for playdates with the little boy. 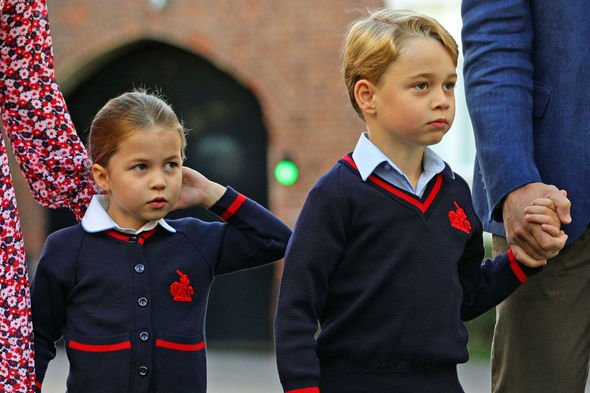 The young royal, who is third in line to the throne, is proving to be a popular pupil at Thomas’s Battersea and a royal insider has said “a few” of his peers have accepted invitations to join him at his home for games.

George recently returned to his south west London school after the summer holidays to begin Year 2 and was joined by Princess Charlotte who started Reception.

George has made at least a handful of close friends during his first two years at the private school, some of whom have been lucky enough to hang out with the Queen’s great-grandson at the royal residence.

An insider told The Sun: “It is wonderful for them – and their parents – to go to such a beautiful and historic palace and have the run of the place.

‘Fit to be Queen’: Public swoon over ‘perfect’ Kate

How Kate Middleton quelled Queen’s fears with this special passion 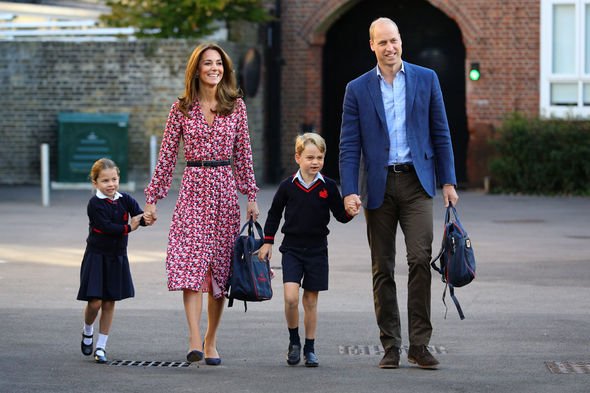 “But it does involve a bit more planning than a normal play date, as everyone visiting the palace has to be security vetted.”

The source said the Duke and Duchess of Cambridge are “delighted” their eldest child has settled in well to school and has forged friendships with his classmates.

George was pictured beaming on the steps of his school earlier this month as he posed alongside Charlotte.

Kate said her daughter was “very excited to join her big brother” for her first day of school.

The Queen’s great-granddaughter was joined by her parents and elder brother as she trotted into the building.

Back when George first started school, Kate was suffering from severe morning sickness in the early stages of her third pregnancy with Louis.

As a result, she was notably absent.

Kate Middleton snub: How Beatrice and Eugenie are still friends with William’s crush