Kate, Duchess of Cambridge, 39, and Prince William, 38, were among Royal Family members to mark the one year anniversary since the UK entered into lockdown, due to the coronavirus pandemic, on Tuesday. The couple visited Westminster Abbey, where a pop-up COVID-19 vaccination centre has been set up. They observed a moment of silent reflection for all those who have lost their lives to the virus.

Kate laid daffodils to pay her respects, while Prince William lit a candle.

Tweeting about the moving visit, Daily Express royal correspondent Richard Palmer wrote: “The Duke and Duchess of Cambridge have marked the National Day of Reflection during a visit to the COVID-19 vaccination centre at Westminster Abbey.

“William lit a candle and Kate left daffodils after a minute’s silence in the Shrine of St Edward the Confessor.”

Kate and William’s official Twitter account shared photos of the engagement, as well as a poignant message of reflection from the Duke and Duchess. 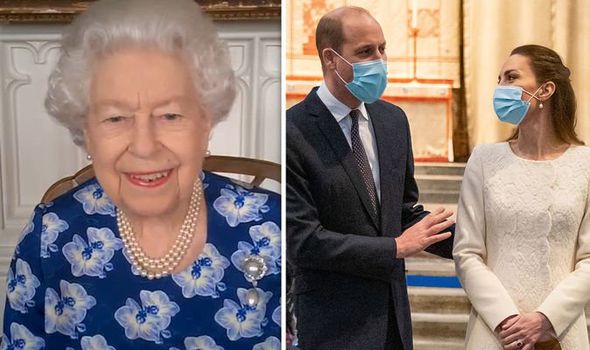 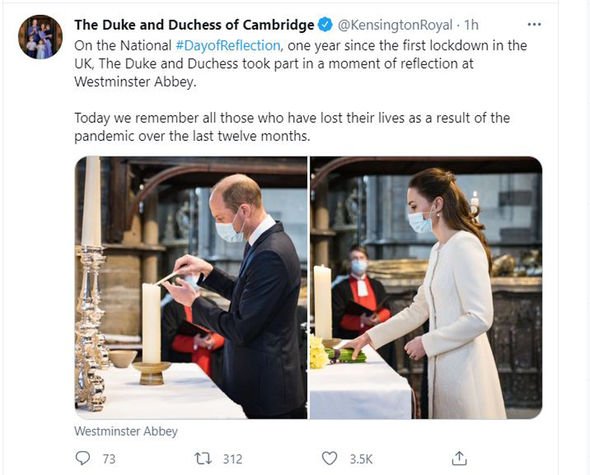 Kensington Royal tweeted: “On the National #DayofReflection, one year since the first lockdown in the UK, The Duke and Duchess took part in a moment of reflection at Westminster Abbey.

“Today we remember all those who have lost their lives as a result of the pandemic over the last twelve months.”

A follow-on tweet about the visit from Kensington Palace read: “Since March, Westminster Abbey has been providing up to two thousand life-saving jabs each week to local Westminster residents.

“Today The Duke and Duchess visited @wabbey to hear from staff about their experiences of being involved in the largest ever UK vaccination programme.” 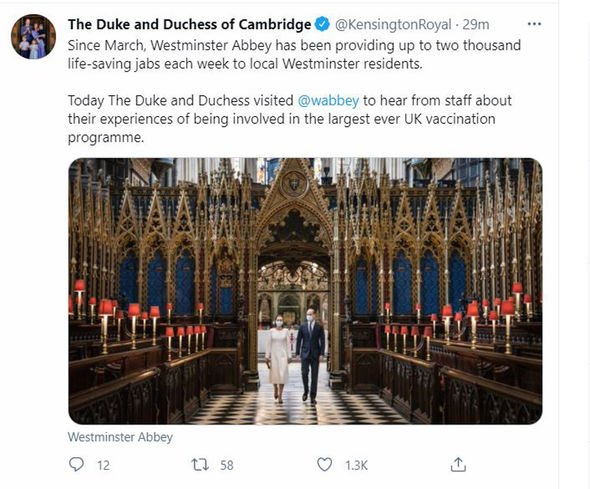 The Cambridges’ message to mark the day of mourning echoed one sent to hospital staff by Queen Elizabeth II, 94.

The Queen reached out to St Bartholomew’s Hospital in London on Tuesday where her husband Prince Philip, 99, underwent successful heart surgery earlier this month.

The Duke is now back at Windsor Castle with the Queen having been discharged last week.

The Queen’s message was accompanied by a bunch of flowers and read: “As we look forward to a brighter future together, today we pause to reflect on the grief and loss that continues to be felt by so many people and families, and pay tribute to the immeasurable service of those who have supported us all over the last year.”

As future heads of the monarchy, William and Kate have taken on increasingly important roles since the departure of Prince Harry and Meghan Markle from the Firm last year.

As the fallout from the Sussexes explosive interview with Oprah Winfrey continues to plague the Royal Household, William and Kate have attended several important engagements and shown a united front.

At his first engagement after the interview aired, future king William was quick to play down claims the Royal Family was racist.

Responding to Harry and Meghan’s allegation that a member of the family raised concerns about the colour of their unborn child’s skin, William told reporters: “We are very much not a racist family.” 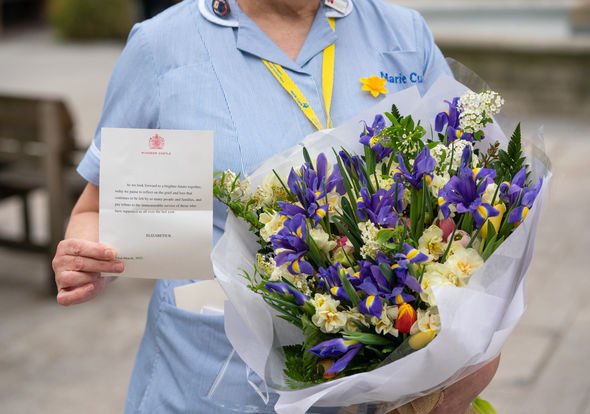 While William and Kate have spent the best part of the pandemic in Norfolk at their country home Anmer Hall, they returned to the capital at the start of March when schools reopened.

Their two eldest children Prince George, seven, and Princess Charlotte, five, are both pupils at Thomas’s Battersea, a short drive from Kensington Palace.

Their youngest, Prince Louis, two, is yet to start nursery and is thought the move may have been delayed due to the pandemic.

Queen took controversial wedding decision – but Diana, Kate and Meghan chose not to