Kate, Duchess of Cambridge, 39, and Prince William, 38, showed a united front as they visited Westminster Abbey to mark a poignant milestone on Tuesday. As well as visiting the pop-up COVID-19 vaccine centre that has been set up in the church, they paid tribute at the shrine of St Edward the Confessor.

William lit a candle while Kate laid a bunch of daffodils at the shrine, as they took one minute to silently reflect on all those who had lost their lives to coronavirus over the past year.

The engagement took place one year on from England entering its first national lockdown, a poignant milestone that has been commemorated by communities across the country.

One royal expert noted that the visit will have been particularly emotional for Kate and William as Westminster Abbey is where they got married on April 29, 2011.

The Times royal correspondent Roya Nikkhah tweeted: “It was William and Kate’s first time back in @wabbey since the Commonwealth Day service a year ago.” 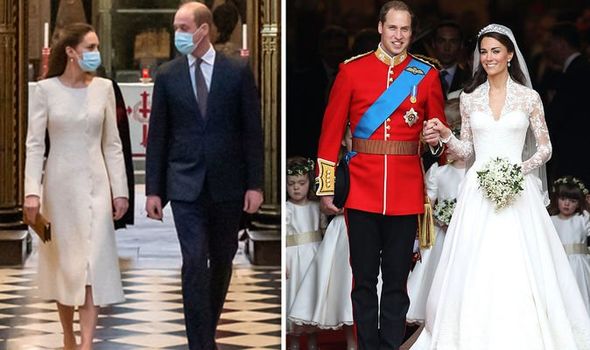 The tweet added: “Their private moment of reflection at the shrine of St Edward the Confessor is where they signed the register at their wedding almost 10 years ago #nationaldayofreflection.”

Next month the couple will mark their 10-year anniversary and while they may receive congratulations from Royal Family members, the pandemic means the milestone is likely to go by without fanfare.

Kensington Palace shared a string of tweets about Kate and William’s latest engagement.

The first post read: “On the National #DayofReflection, one year since the first lockdown in the UK, The Duke and Duchess took part in a moment of reflection at Westminster Abbey.” 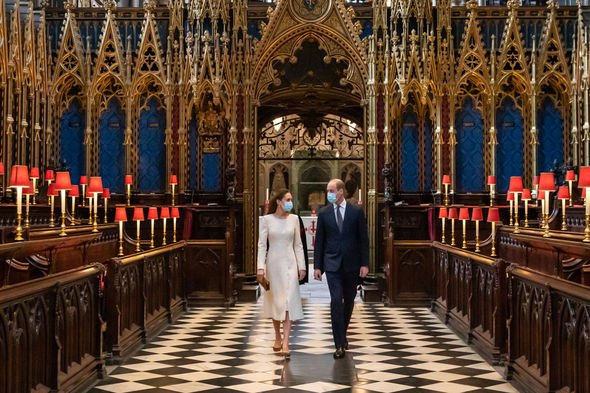 The tweet continued: “Today we remember all those who have lost their lives as a result of the pandemic over the last twelve months.”

A follow-on tweet about the visit from Kensington Palace read: “Since March, Westminster Abbey has been providing up to two thousand life-saving jabs each week to local Westminster residents.

“Today The Duke and Duchess visited @wabbey to hear from staff about their experiences of being involved in the largest ever UK vaccination programme.”

The Queen and Prince Charles also marked one year on from lockdown with special messages.

How will Kate and William mark their 10-year anniversary?

While Kate and William are likely to mark their 10-year wedding anniversary in private, there has been speculation as to whether the Duchess may receive a new honour from the Queen.

Earlier this year, royal expert Duncan Larcombe told OK! Magazine: “It’s highly likely she’ll be planning a special secret something to honour Kate’s 10 years in the royal family—something she can do to mark it.”

He added: “Kate and the Queen have a fantastic relationship.

“Kate strikes that balance between bowing to her as head of the royal family in public but being able to check in with her as the great-grandmother to her children.” 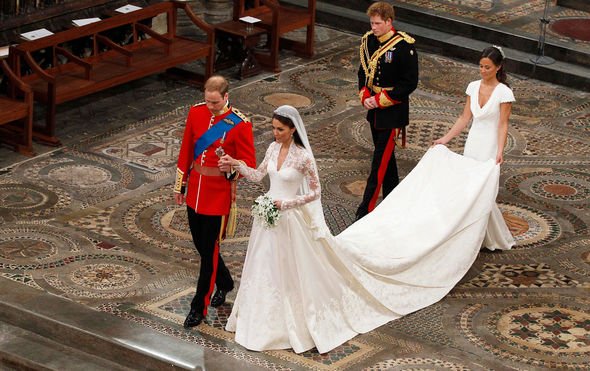 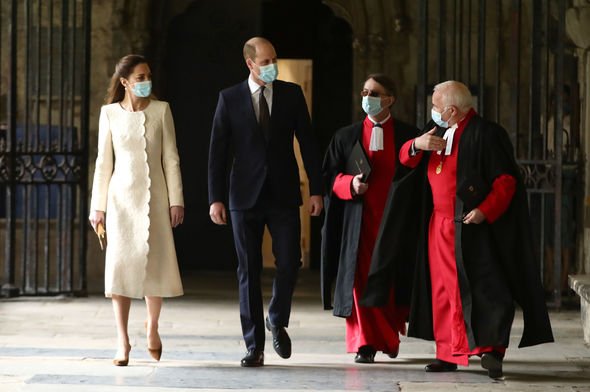 According to Mr Larcombe, it was Kate who taught the Queen how to video call.

In 2019, Kate received a new honour from the Queen to mark her eighth wedding anniversary to William.

The Queen made Kate a Dame Grand Cross of the Royal Victorian Order, an award made personally by the Queen and which is among the highest honours the monarch can bestow.

Whether or not Kate is granted a new honour upon her and William’s 10th anniversary remains to be seen.

Prince Philip birthday: Cheeky reason Duke may ‘sneak out’ of Windsor when he turns 99

‘Did you see the polls?’ Farage ERUPTS over stunning claim he LOST the European elections