Prince William and his wife Kate, Duchess of Cambridge will both set sail in the King’s Cup regatta today. The royals had to move the annual yacht race forward a day due to adverse weather conditions. The Duke and Duchess will go head to head in the charity race this afternoon but are they competitive?

The regatta was due to take place tomorrow but was moved forward to this afternoon due to Friday’s dangerous weather forecast.

The Duke and Duchess invited teams to take part in the eight boat sailing race to raise money for charity. 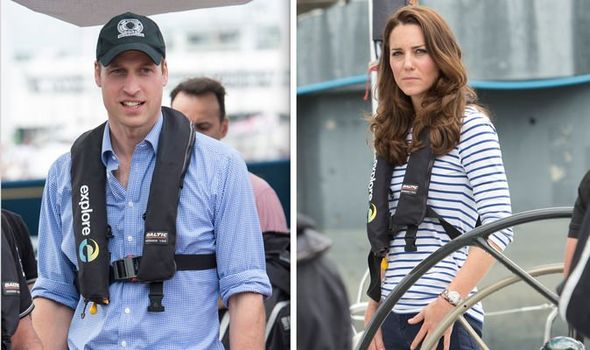 While Kate and Wills are usually on the same team this afternoon they will go head to head as skippers on separate sailing boats.

The royal pair are fiercely competitive and will both be hoping to clinch the historic King William cup for their own team.

What time is the race?

After adverse weather conditions threaten to cancel the race tomorrow it was shifted forward to this afternoon. 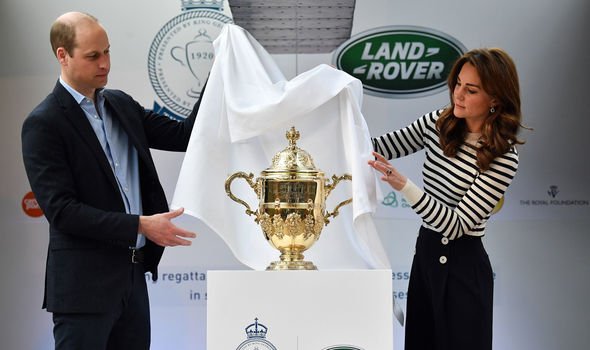 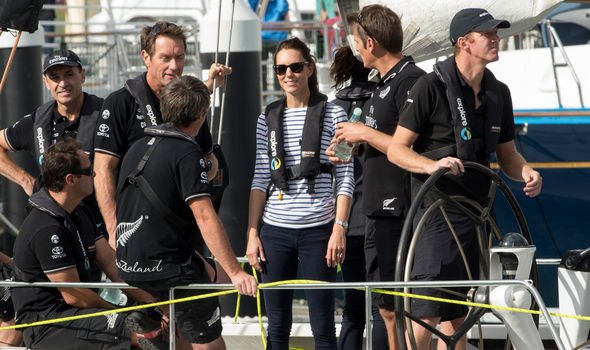 The Duke and Duchess are expected to set sail at 2pm today.

The tweet read: “Due to adverse weather conditions forecasted for Friday in Cowes, The King’s Cup hosted by The Duke and Duchess of Cambridge will now take place on Thursday 8th August at 1400hrs.”

The King’s Cup was first presented to winning sailors by King George V in 1920. 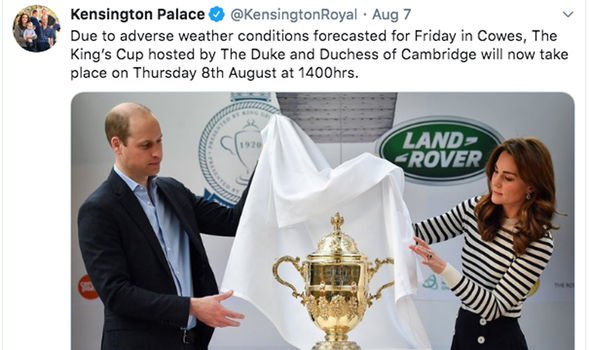 The regatta will raise money for eight charities supported by the Duke and Duchess of Cambridge.

As well as the royal duo host of celebrities will take part in the race too.

Spectators will be able to the race from a 500-seater grandstand and footage from the race will be screen across Cowes.

Aleksander Doba, Who Kayaked Across the Atlantic, Dies at 74

Covid postcode checker goes down within minutes of going live