Kate Middleton, 40, made a smart gesture to Camilla Parker-Bowles, 75, following the Queen’s death earlier this month, a body language expert has said. The Duchess of Cambridge, who became the Princess of Wales after her grandmother-in-law passed away, made the gesture at a reception for Commonwealth leaders at Buckingham Palace just days before Her Majesty’s funeral.

According to Judi James, the Princess looked “regal” and even “self-assured”.

She told the Mirror: “You only need to compare Kate’s body language during her first official function after her marriage with the Kate we saw hosting a function after the Queen’s death to see exactly how much she has grown in confidence and stature.

“The iconic pose with Michelle Obama back in 2011 showed her using her hands and a bag as a barrier while also leaning back and touching her hair shyly.

“Now we have a woman looking regal and self-assured and hosting dignitaries with utter confidence.

JUST IN: ‘By nature quite a frugal person’ King Charles set to plan ‘low carbon’ coronation 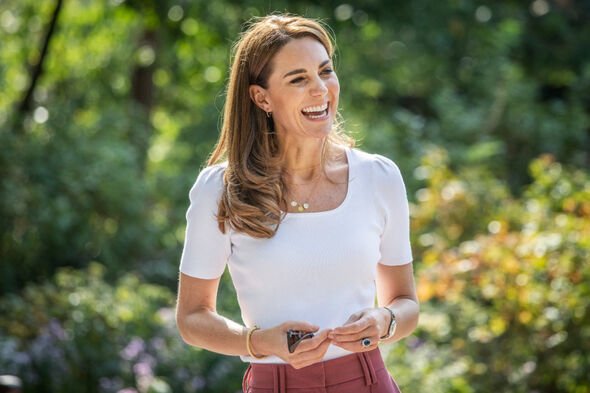 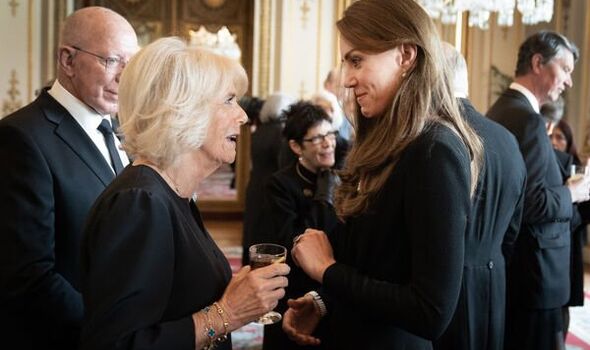 “She uses confident bouts of engaged eye contact and if she does touch her hair, as she did when talking with Camilla at the formal reception, it was a very smart and practical gesture to ensure the camera can capture the moment.

“She was so elegant and assured with the crowds at Windsor and she handled the actual funeral with the same quiet dignity.”

However, the new Duchess of Cornwall also reportedly revealed how her children had been coping with the loss of their great-grandmother at the Commonwealth event.

Australian Governor-General David Hurley, 69, recalled his conversation with the Princess of Wales. 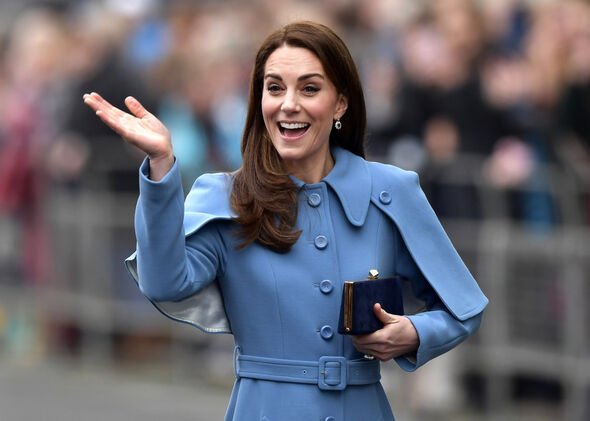 Mr Hurley claimed Kate told him that her nine-year-old son Prince George, who attended the Queen’s funeral alongside his sister Princess Charlotte, was “sort of now realising how important his great-grandmother was and what is going on”.

However, four-year-old Louis has had somewhat of a different reaction.

Mr Hurley said: “The younger one is now asking questions like, ‘do you think we can still play these games when we go to Balmoral” and things like that, because she’s not going to be there?'”

Prince Louis did not attend the Queen’s state funeral on Monday. 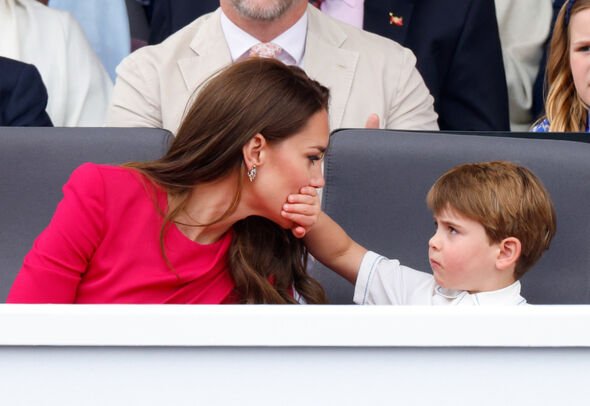 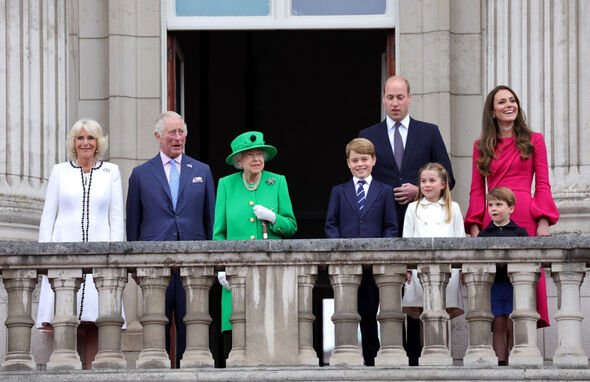 Explaining the reason behind the move, a source told MailOnline: “As parents, they have, of course, thought long and hard about whether their children should accompany them.

“Of course, little Louis is too young, but they think George and Charlotte are up to it.”