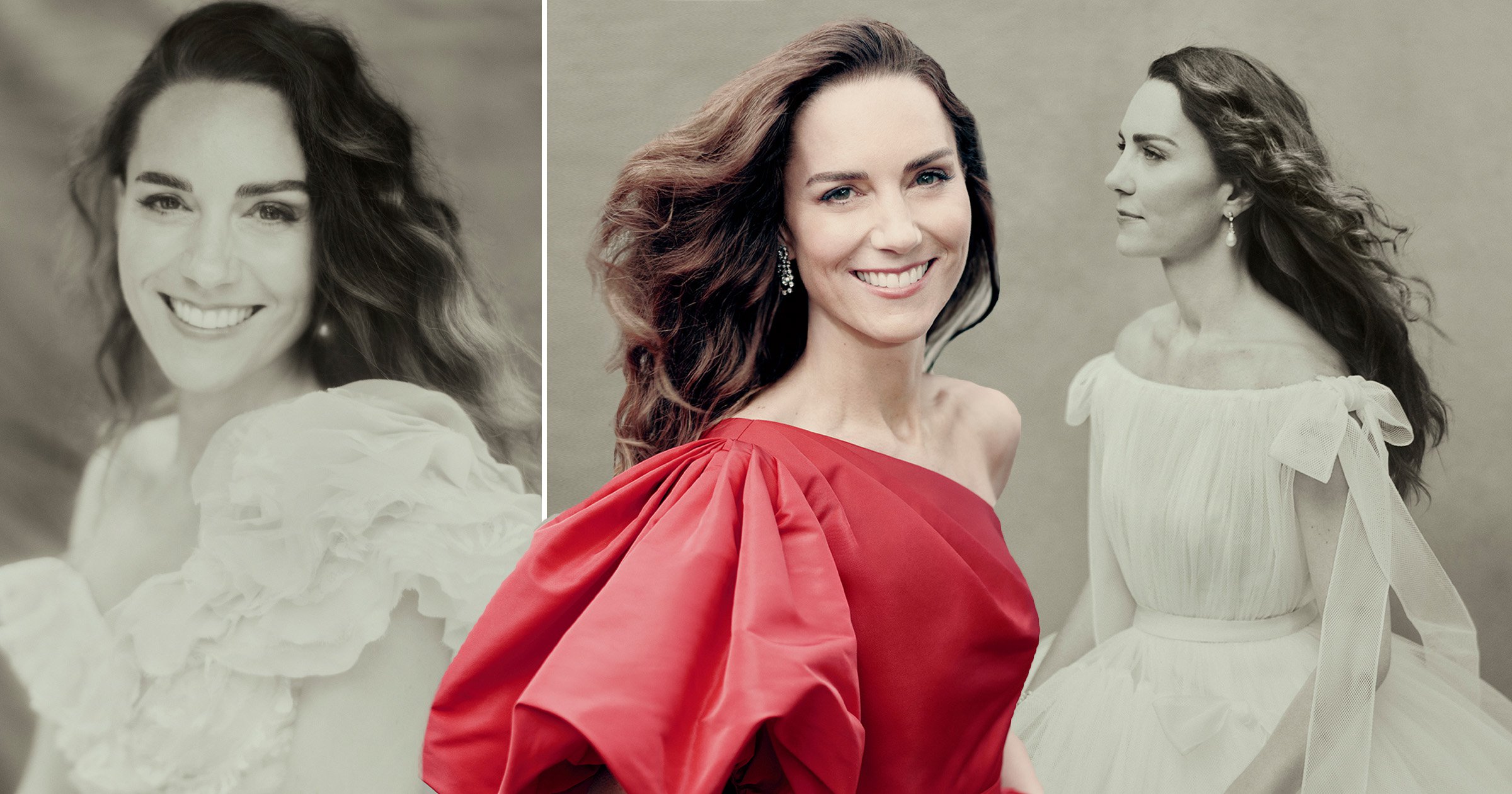 The Duchess of Cambridge has celebrated her birthday with a collection of stunning new photos taken by an iconic fashion photographer.

Kate, who turns 40 tomorrow, has been pictured with her hair flowing in three relaxed poses, wearing different Alexander McQueen dresses.

Paolo Roversi, famed for working with industry stars like Naomi Campbell and Kate Moss, described photographing the duchess as ‘a moment of pure joy’

With her ‘positive energy’ he said the future Queen consort can ‘bring hope to the whole world’.

Kate’s birthday celebrations are likely to be a private family affair marked at the Cambridges’ home in Norfolk.

She is expected to spend it with her husband, Prince William and their children, Prince George, Princess Charlotte and Prince Louis.

Roversi said: ‘Taking the portrait of Her Royal Highness the Duchess of Cambridge was a true honour for me and a moment of pure joy.

‘I was moved by her warmth and friendly welcome and enchanted by her shining eyes that reflected the loveliness of her soul and her smile showing the generosity of her heart.

‘It was a profound and rich experience for me, an unforgettable moment. I have met a wonderful person, a person who, with her positive energy, can bring hope to the whole world.’

In one image Kate wears a striking red McQueen dress, earrings loaned by the Queen and beams at the camera as she appears to have her hands casually in the gown’s pockets.

Roversi is known for his adventurous film and printing techniques and the remaining images have been produced in monochrome that give them an ethereal quality.

In one, a head and shoulders image, the duchess smiles broadly and in the other, with her engagement ring prominently on display, Kate is shown in profile and expressionless looking left.

She wears earrings that belonged to Diana, Princess of Wales, in both photographs.

Taken at Kew Gardens, the portraits will enter the permanent Collection of the National Portrait Gallery, of which Kate is patron.

Ahead of her birthday the duchess was praised for her ‘vision and commitment’ in establishing her Royal Foundation Centre for Early Childhood to support the development of children.

Kate’s work championing research into a child’s formative years is the cornerstone of her public life and has been highlighted by a senior figure from of one of the country’s leading mental health charities for children and young people.

Michael Samuel, chairman of trustees at the Anna Freud National Centre for Children and Families, said Kate had shown ‘passion and compassion’ in her role as the organisation’s patron.

Last year, Kate spent her birthday in lockdown and was reportedly treated to tea by William and their children.

This year will be different, but one royal commentator has said it is not Kate’s style to throw a ‘lavish party’.

To mark the New Year and to wish the world a happy 2022, Kate and William released a photograph of themselves dressed up in their finest.

The loved-up picture showed the couple, who celebrated their 10th anniversary in 2021, in the back of a car after the James Bond Premier.

The couple will also play a part in celebrating the Queen’s Platinum Jubilee year as she becomes the first monarch to spend seven decades on the throne.

June 2 to June 5 will see a series of events reflecting on the Queen’s long years on the throne, while the country will also enjoy an extra bank holiday.

COVID-19: NHS Nightingale hospitals to close as they are no longer needed

Seven new driving laws that will come into force this year