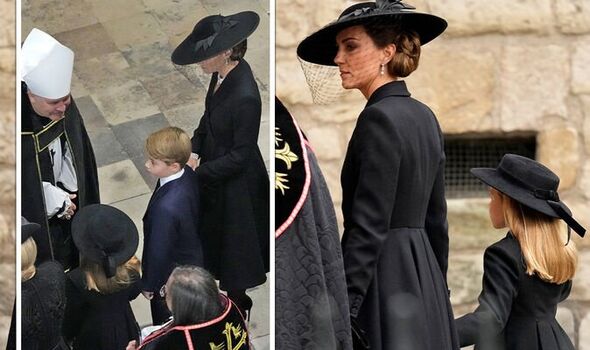 Kate, the Princess of Wales, remained close to her young children George, 9, and Charlotte, 7, as Prince William followed the late monarch’s coffin from Westminster Hall to Westminster Abbey, surrounded by other close relatives and loyal members of the King’s and Prince’s households.

Kate looked sombre and elegant in her all-black outfit, a colour she has been wearing in public since the death of the Queen on September 8.

Over the past 11 days of mourning, Kate stood by her husband also when he stepped out in Windsor to view tributes left for Elizabeth II.

Walking with William – as well as with Prince Harry and Meghan, the Duke and Duchess of Sussex – Kate met mourners gathered outside of the Queen’s beloved residence in Berkshire, Windsor Castle.

A few days later, Kate joined the late sovereign’s closest relatives in a poignant service held at Westminster Hall held after the Queen’s coffin had been taken there from Buckingham Palace. 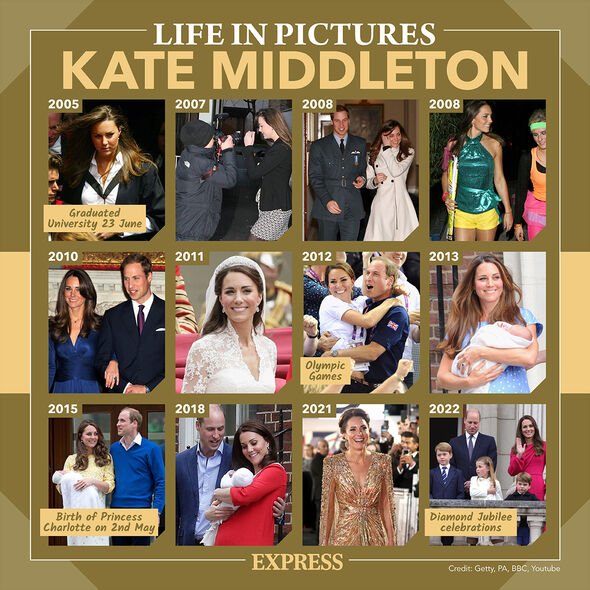 Kate also supported her husband of 11 years on September 15, when they headed to Sandringham to meet local mourners and view some of the hundreds of floral tributes left for the late sovereign.

The following day, Kate and William met with military personnel at the Army Training Centre Pirbright, in Guildford.

There, they spoke with some of the troops from the Commonwealth who have been deployed to the UK in order to take part in today’s funeral.

William and Kate became the Prince and Princess of Wales on September 9, after a speech by the new King, Charles III.

In his moving speech, the new monarch mourned the loss of his mother and spoke about how the Royal Family changed with the Queen’s death.

He said: “As my Heir, William now assumes the Scottish titles which have meant so much to me.

No solicitor probed for colluding with 'chancers' to bring fraudulent claims