The Duke and Duchess of Cambridge shared a short clip on their Kensington Palace social media accounts. Four snaps feature in the video, including the adorable photo of William in military uniform with his three children.

The image appears to have been taken at Trooping the Colour in 2019.

William holds little Louis in the shot, while George hugs his fathers right leg and Charlotte stands at his left.

The Duke, who is second in line to the throne, looks dashing in his military uniform.

The video also features a picture of a young William and Prince Harry with Prince Charles. 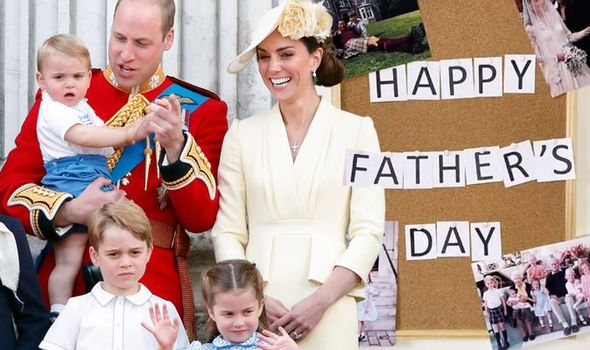 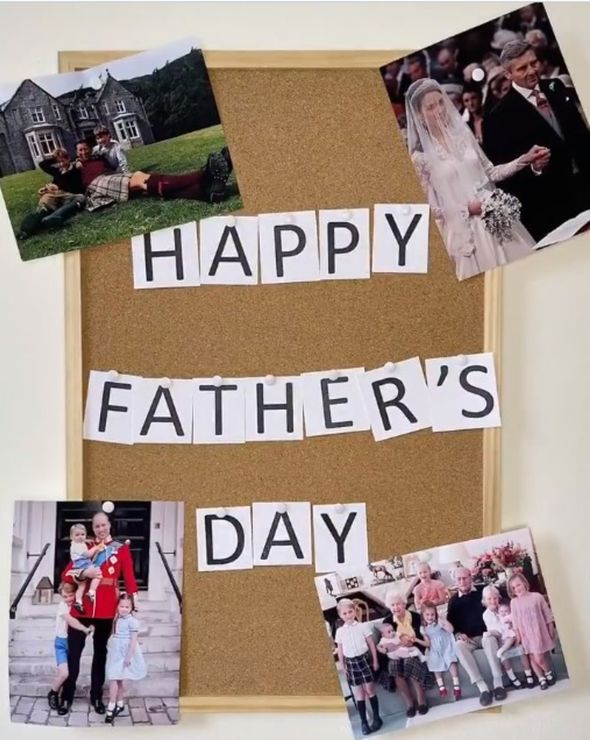 And there is a photo of Kate and her father Michael Middleton from her royal wedding in 2011.

The fourth image is of the Queen and the late Prince Philip with a number of their great-grandchildren including George, Charlotte and Louis. 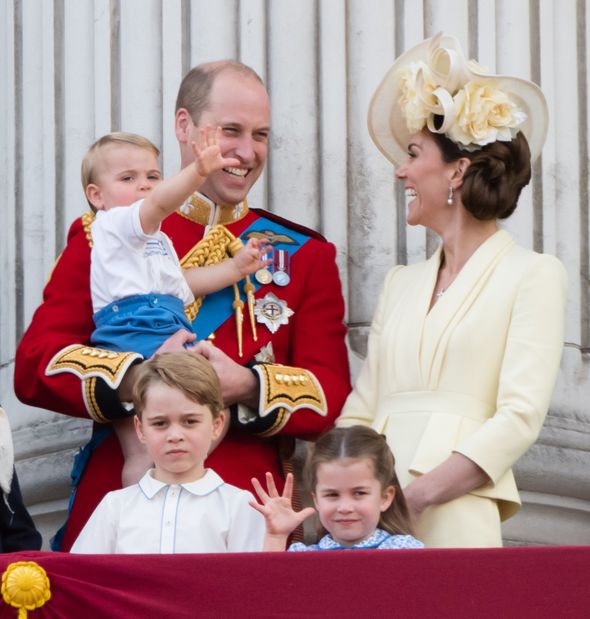 Another gushed: “That new picture on the bottom left is so beautiful!!! We need it in HQ.

“Happy father’s day to our Duke of Cambridge, to Prince Charles and to Michael Middleton! Amazing dads.” 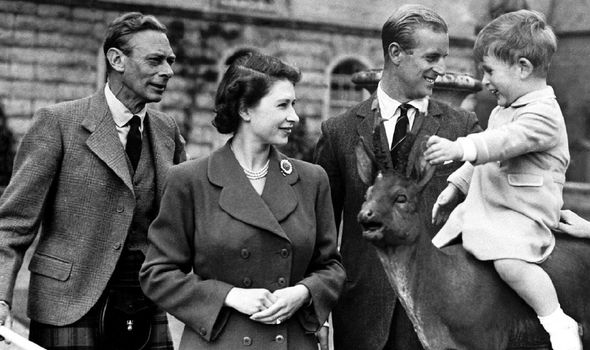 Another commented: “Happy Father’s Day to all the fathers today.

“Love the pictures, especially the one of the Duke of Cambridge with his children.”

A fifth wrote: “Happy Fathers Day! Love that pic of Wills and the kiddos.”

One more said: “The picture on the bottom left is so precious. Happy Father’s Day!”

Royal fans are likely to be keeping their fingers crossed that the Cambridges will release a new picture tomorrow to celebrate William’s 39th birthday.

The Queen also marked her first Father’s Day without her beloved husband the Duke of Edinburgh in a post on the Royal Family’s Twitter and Instagram accounts.

And Charles shared a series of snaps on his and Camilla’s Clarence House social media pages.

Ten million kids 'may never return to school' after virus