Kate, Duchess of Cambridge, 39, visited Clapham Common on Saturday to pay tribute to murder victim Sarah Everard who was killed after going missing from South London last week. The Duchess was filmed walking along the Common where she laid flowers at one of the tribute sites. According to royal insiders, the Duchess wanted to make the personal visit and remembers what it was like walking around London before she was married to Prince William, 38.

Footage of the Duchess in Clapham showed her looking at the dozens of tributes and flowers left by members of the public who have their respects in the wake of the tragedy.

ITV royal correspondent Chris Ship tweeted a clip of Kate with the message: “According to @Frankie_Mack – Kate visited Clapham Common today to lay flowers at one of the vigil sites for #SarahEverard.”

An online vigil for Sarah Everard is due to go ahead on Saturday at 6pm after the outdoor event was cancelled due to COVID-19 restrictions.

Events had been planned across the UK, including in Edinburgh and Glasgow, to pay tribute to Ms Everard, who disappeared while walking home in London and whose remains were found this week. 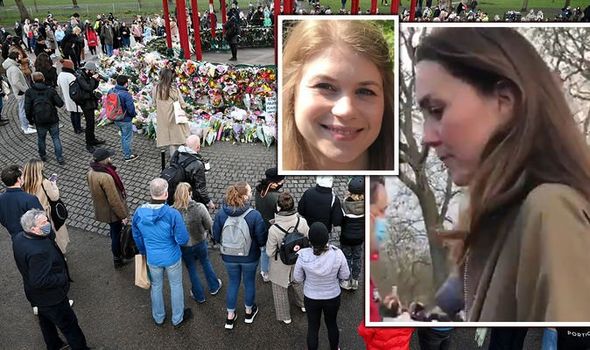 Serving Metropolitan Police constable Wayne Couzens, 48, is charged with kidnapping and murdering the 33-year-old marketing executive, who went missing while walking home from a friend’s flat in south London on March 3.

On Saturday a court heard Ms Everard’s body was found inside a large builder’s bag and identified using dental records.

Her body was found hidden in an area of woodland in Ashford, Kent, on Wednesday.

Mr Couzens appeared at Westminster Magistrates’ Court on Saturday morning for his first appearance following his arrest on Tuesday.

He is due to appear and the Old Baily for trial on March 16. 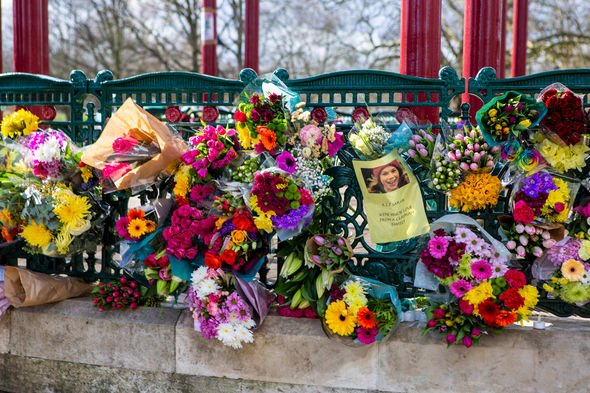 She tweeted: “The Duchess of Cambridge has been to Clapham to privately pay her respects to #SarahEverard and her family. Royal sources said the duchess wanted to pay the tribute and remembers what it felt like to walk around London at night before she got married #DuchessofCambridge”