While Jeremy Corbyn was leader of the party, factional divisions plagued his time in charge as centrist figures resisted his left-wing approach. Before the 2017 election, many felt Labour were destined to endure crushing defeat. This led to a New Statesman column claiming he was “Labour’s best election bet” and a “reassuring figure” for voters torn between their loyalty to Labour and Remain. A year before this, despite having worked closely with the former leader in recent years, Keir Starmer was one of the many MPs who said Mr Corbyn’s position was untenable. In 2016, the former Labour leader saw resignations from his team.

This caused Sir Keir to say: “It is simply untenable now to suggest that we can offer an effective opposition without a change of leader.”

However, four months after making the comment, Sir Keir was suddenly back alongside Mr Corbyn – appointed as Shadow Brexit Secretary.

Andrew Pierce wrote in his column for the Daily Mail in 2017 that Sir Keir “has been exposed for an embarrassing flip-flop”.

Mr Pierce added: “Had Starmer missed the limelight? Had he baulked at the idea of a three-year, behind-the-scenes campaign to try to establish himself as the grassroots’ favourite to be the next Labour leader? Or had he simply been bought off by Corbyn with a plum Shadow Cabinet job?

“Only the suave, Oxford-educated lawyer himself can give the true answer.” 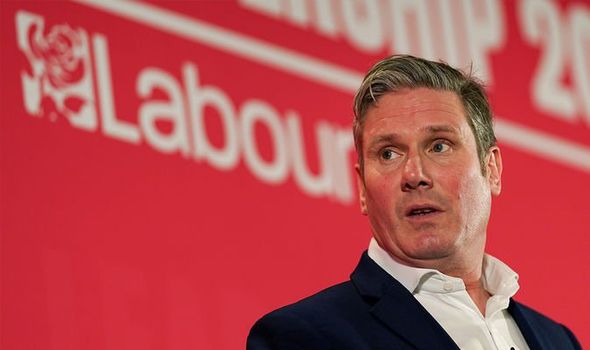 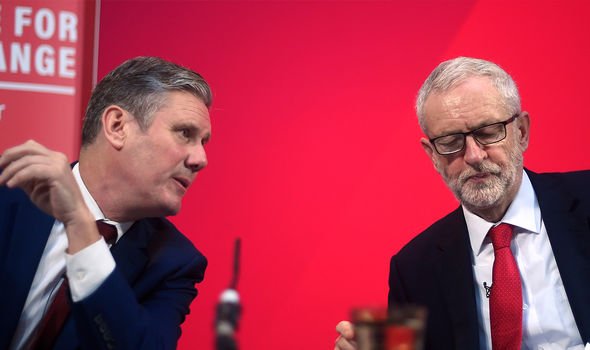 He also said Mr Starmer’s “performance was an utter shambles” and described him as “weak and floundering”.

Although Mr Starmer jumped on board with Mr Corbyn’s Brexit policies – he began to challenge his leader throughout the process.

In 2018, Sir Keir Starmer contradicted his own party leader – Jeremy Corbyn – by claiming “Brexit can be stopped”.

The then Shadow Brexit Secretary said: “Well, Brexit can be stopped. But the real question is what are the decisions we are going to face over the next few weeks and months? 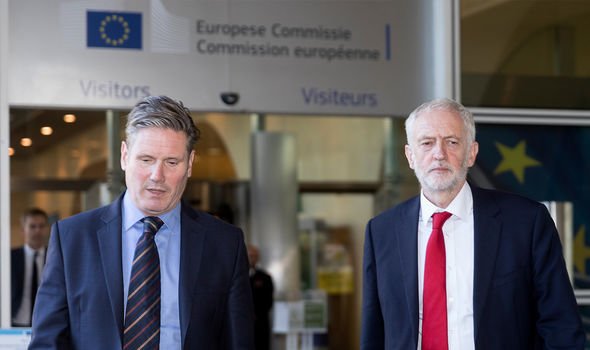 He added: “Jeremy and I… and the whole Labour Party is absolutely behind the Labour Party policy that was laid out in September.”

However, just days before Sir Keir made the comment, Mr Corbyn had said the complete opposite. 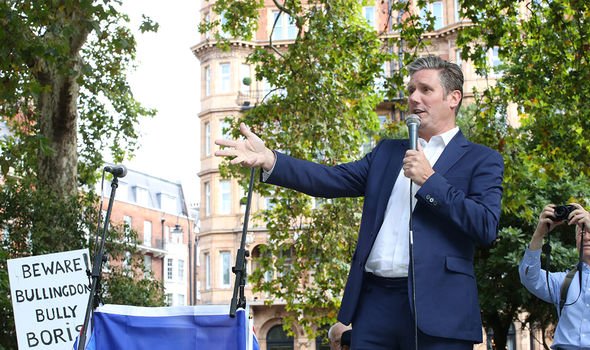 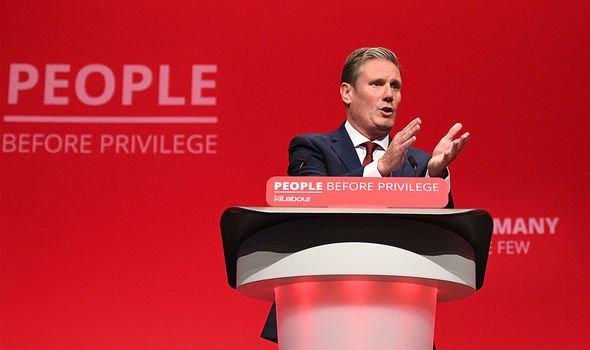 Mr Corbyn told Der Spiegel November 2018: “We can’t stop it. The referendum took place. Article 50 has been triggered. What we can do is recognise the reasons why people voted Leave.”

The former leader later urged his party to focus on how to “bring people together”.

Brexit would prove to be the party’s Achilles’ heel in the next general election.

Coronavirus: What we know about the UK victims