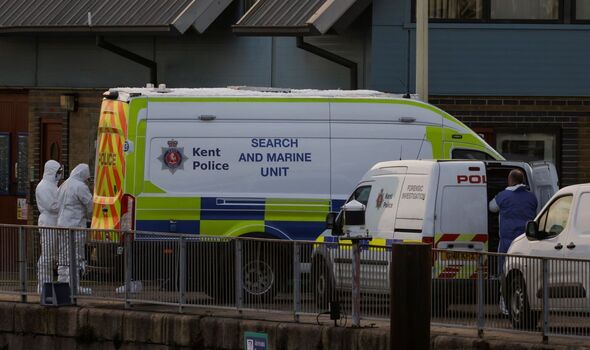 Kent Police was called to Dover to assist HM Coastguard following a report received of a small boat in distress in the water.

A force spokesman said: “A multi-agency search and rescue operation was carried out, resulting in 39 people being safely brought to shore.

“Four other people were pronounced deceased. The circumstances surrounding the deaths are being investigated by detectives from the Kent and Essex Serious Crime Directorate, assisted by the National Crime Agency.”

On Friday December 16, a man was arrested in connection with the incident. The Crown Prosecution Service has authorised a charge against Ibrahima Bah of knowingly facilitating the attempted arrival in the United Kingdom of people he knew or had reasonable cause to believe were asylum seekers.

The 19-year-old, of no fixed address, was remanded in custody and will appear before Folkestone Magistrates’ Court on Monday December 19.

Officers are continuing to work to establish the identity of the deceased and locate the next of kin. Anyone who has any information which could assist enquiries into the incident should visit mipp.police.uk/operation/NATIONAL22Y08-PO1

What does Europe’s top job involve?