Royals: Prince Andrew return 'would be really be frowned upon'

Princess Anne is still below her younger brother, the disgraced Prince Andrew in the line of succession. In 2013, the Succession of the Crown Act was amended to end the system of male primogeniture, under which a younger son can displace an elder daughter in the line of succession. However, the law only applies to those born after October 28, 2011. Constitutional expert Bob Morris, who was involved in the research process for the 2013 amendments to the Succession Act, told Express.co.uk why the amendments did not apply to older members of the Royal Family.

Mr Morris said: “The older royals had already made their lives and there was no constitutional reason for bringing Anne back into the line of succession.

“The changes were mostly made because of the pregnancy of Kate.

“They had to prepare for that and that was a good time to do it.

“No one was, as it were, being actively superseded by the changes.”

The changes to the Succession Act mean that Princess Charlotte (William and Kate’s second child) is ahead of her younger brother Prince Louis in the line of succession. 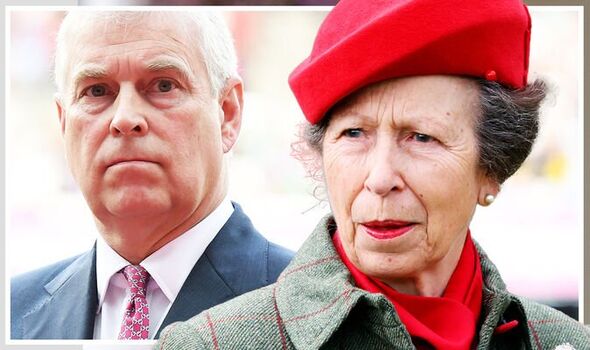 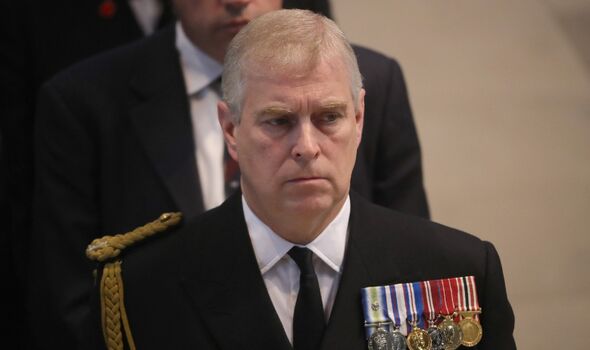 However, Prince Andrew is still ahead of his older sister Princess Anne.

Although neither Andrew nor Anne are ever likely to become the Monarch, Prince Andrew’s position in the line of succession means that he is a Counsellor of State.

Counsellors of State are the Sovereign’s spouse and the four members of the Royal Family who are next in line to the throne and are over the age of 21.

Their job is to carry out the King’s duties when he is either unwell or abroad.

Although Prince Andrew is eighth in line to the throne, none of William and Kate’s or Meghan and Harry’s children are old enough to hold the position, meaning that even though the Duke of York is no longer a working royal, he could still technically undertake the King’s duties on his behalf. 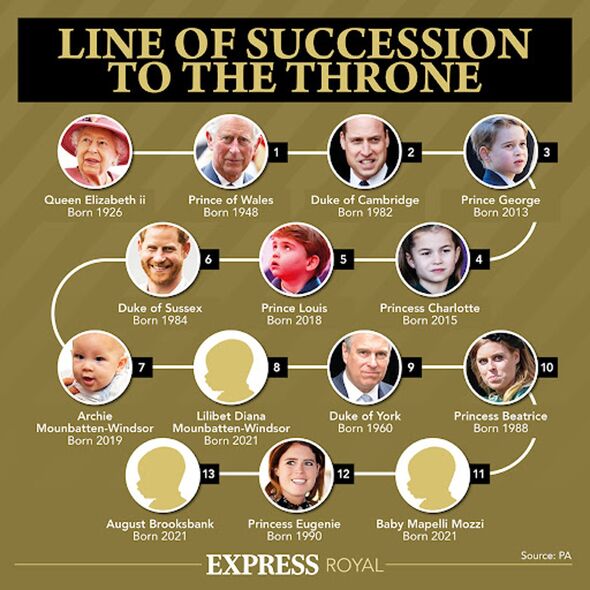 Prince Andrew was forced to step down from senior royal duties in 2019, due to the controversy surrounding his relationship with convicted sex offender Jeffrey Epstein.

In January 2022, Queen Elizabeth II stripped the Duke of both his HRH and military titles.

Since stepping down from royal duties, Prince Andrew has only been seen in public on a small number of occasions – most recently for the funeral of his mother.

Princess Anne on the other hand has continued to dedicate her life to serving the public and is often referred to as the “hardest working royal”.

Although the changes to the Succession Act in the UK did not cause any members of the Royal Family to be superseded, Mr Morris notes that this was not the case when Sweden introduced gender-blind primogeniture in 1980.

DON’T MISS:
The Crown’s timeline extended to ‘pave way for’ Harry and Meghan
George not holding Kate or William’s hands as he arrives at service
‘Worth every penny!’ Royal Family DOES offer value for money 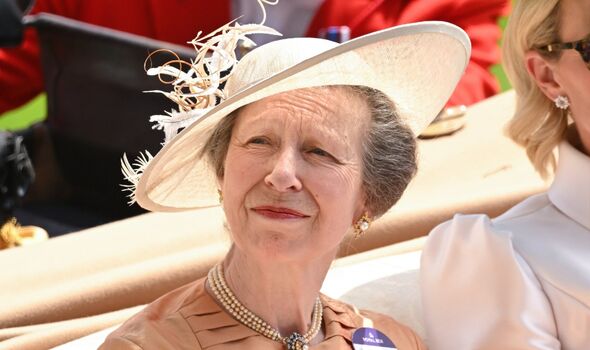 The Swedish law change meant that the then two-year-old Princess Victoria became Crown Princess (meaning that she is the heir) and her younger brother, the former Crown Prince Carl Philip was stripped of his title.

However, Mr Morris notes that because of his young age, the Prince was “hardly being pushed out of the window”.

In 1953, the law in Denmark was changed so that a woman could inherit the throne if she had no brothers – allowing the present Queen, Margrethe II to ascend the throne.

Mr Morris claimed that when this happened, the heir who was superseded “had his mouth stocked with gold in compensation.”

Scumbag pulled woman, 79, to the floor and dragged her along pavement