As he cycled 18 miles to slit the throat of his ex-girlfriend, an embittered man stopped off to grab a pasty.

He stopped just once on his way to the mother-of-three’s cottage – at a convenience shop to grab a pasty.

Jessop pondered by the chilled snack aisle in the corner shop for several seconds.

Paying for the pasty in cash, police picked up the front zip on his jacket to match the CCTV video of him captured by Clair’s neighbour’s security camera.

Patchy footage showed Jessop walking along Hall Lane in Colston Bassett as his face was illuminated by a driving car. 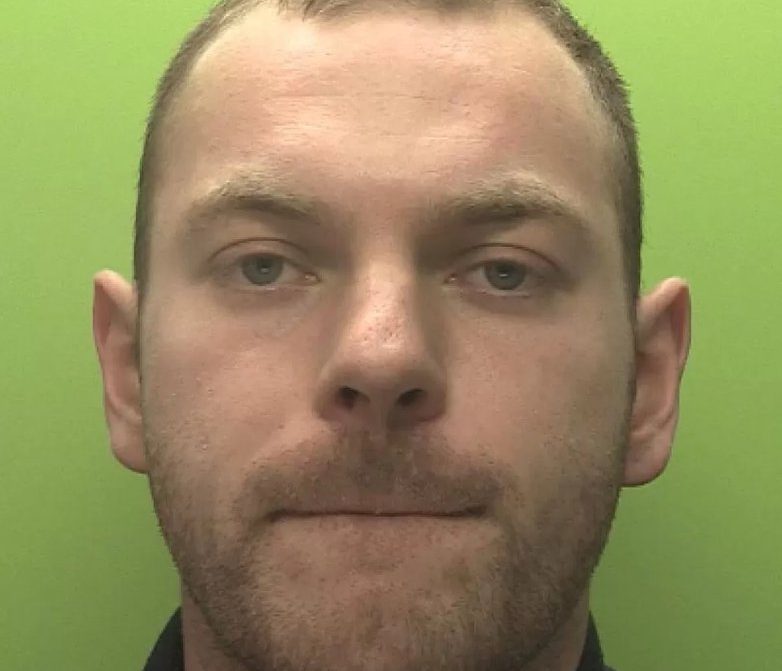 Leaving the scene, CCTV and dashcam video captured Jessop walking back to where he stowed away his bike before cycling the 18 miles back home.

The day before he made his way to Clair’s, Jessop had deleted his recently-installed Google Maps app from his phone.

In a murder that shuddered fear in a small community, Clair broke up with Jessop amid worries over their age difference.

Her body was found by her father, Graham Tinkley, 74 – by then, Jessop was down at the pub nursing a pint.

Tinkley told Nottingham Crown Court: ‘To this day I wake up in the night; panic attacks. I see Clair in my dreams.

‘I see blood gushing from her throat trying to resuscitate her dead body.’

Clair had been punched repeatedly and suffered two stab wounds to the neck and chest.

Police initially had next to nothing to go on. No murder weapon was found, with the only clues being a bloody shoeprint and CCTV footage of a hooded man.

But officers plundered Clair’s mobile phone that had been thrown in a nearby river – there, they discovered the dating app she met Jessop on.

The pair had been in a relationship from September 2021 to February 19, 2022 – he would attack Clair just six days later.

Jessop pleaded guilty to Clair’s murder in October and was jailed for a minimum of 17 years and eight months on Wednesday.

‘At the end of the day, 17 years and eight months is not a life sentence,’ Tinkley said following the sentence.

‘He will still be young when he gets out. I do not want him to ever get out of prison ever again.

‘Because he could do that to somebody else.’