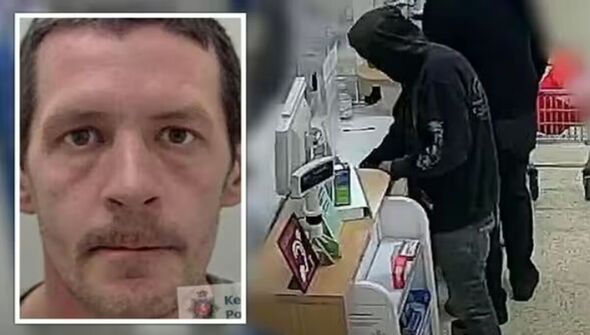 A horrifying killer who torched a mothers’ body in an oil drum and forced another to live in a barn before murdering her has been put behind bars for at least 49 years.

Himself a father of three, Brown burned Ms Morgan’s body at a remote farm near St Leonards, and has not revealed what happened to Ms Ware.

He had met the two women on sex work website adultwork.com, with both of them disappearing within six months of each other.

Brown, who told a friend he was a ‘psychopath with a conscience’, denied murdering the pair.

He claimed mother-of-two Ms Morgan had merely slipped on some tools in his workshop and hit her head, while Ms Ware, he said, had left her three children behind to go off with travellers, and was alive and well.

Last December he was convicted of both murders at Hove Crown Court after a seven-week trial. The killer refused to attend court for his sentencing today and remained in his prison cell.