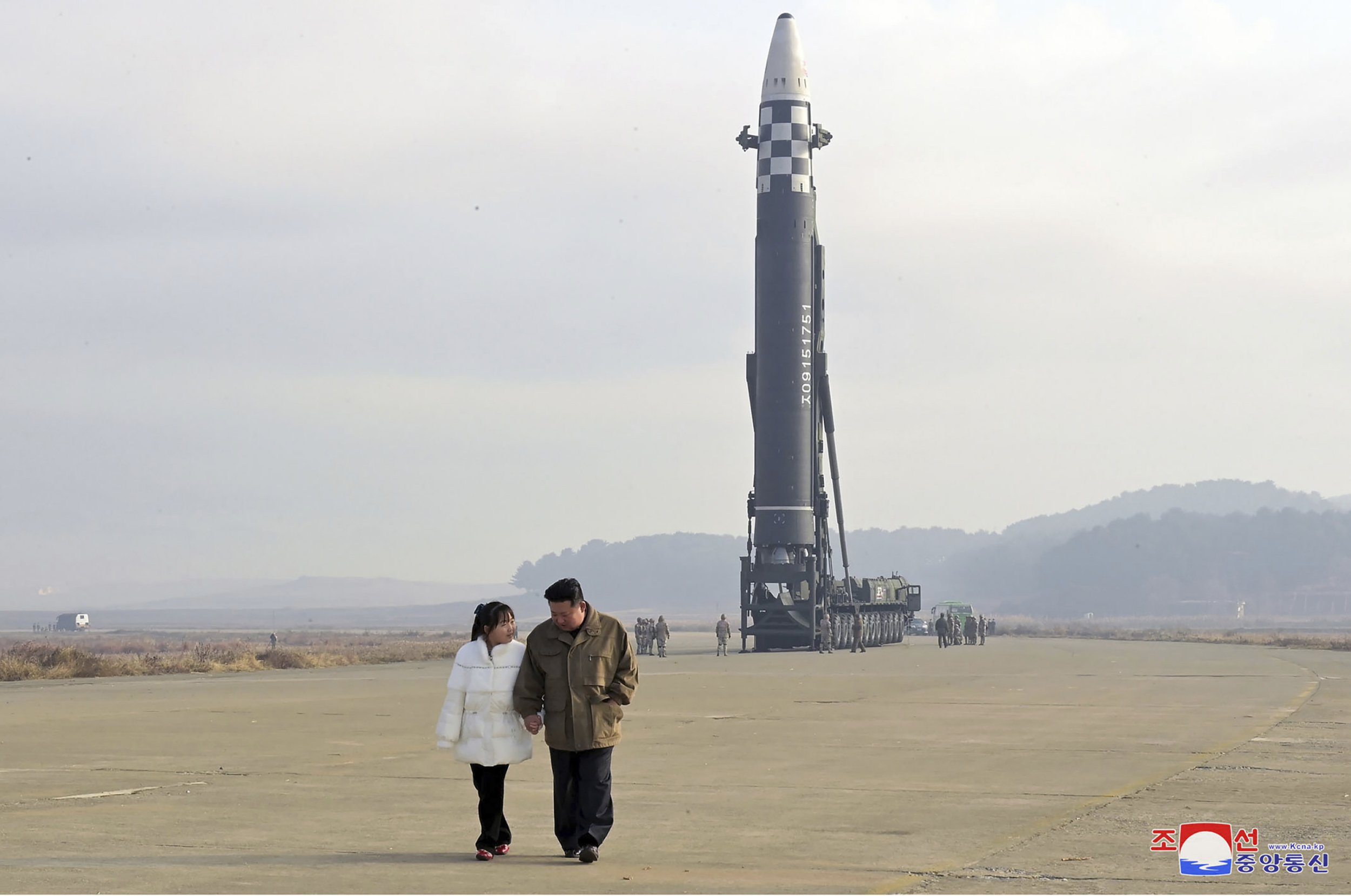 North Korean leader Kim Jong Un revealed his daughter to the world for the first time as they inspected the country’s largest ballistic missile before another test launch.

The appearance of Kim’s daughter, whose existence had never been publicly confirmed before, raises the prospect that leadership of the totalitarian state could pass to a fourth generation of Kims.

State news agency KCNA did not name the girl, who is seen in photographs in a white puffy coat holding hands with her father as they looked at the Hwasong-17 intercontinental ballistic missile (ICBM).

But analysts believe she is Ju Ae, who is thought to be 12 or 13 years old. Kim is believed to have as many as three children, two girls and a boy.

Michael Madden, a North Korea leadership expert at the US-based Stimson Center, said: ‘This is the first observed occasion where we have seen Kim Jong Un’s daughter at a public event.

‘It is highly significant and represents a certain degree of comfort on Kim Jong Un’s part that he would bring her out in public in such fashion.’

Jenny Town of 38 North, a Washington-based North Korea research organisation, said that Kim’s taking his daughter to an ICBM test and publishing pictures of the two of them watching the launch suggests he is not about to bow to pressure to slow his weapons programmes or return to negotiations.

‘That has the gravity of handing down a legacy,’ she said. ‘These optics give the sense that these are part of her legacy too now.’

North Korea has never announced who would follow Kim if he is incapacitated, and with few details known about his children, analysts had speculated that his sister and loyalists could form a regency until a successor is old enough to take over.

The appearance of the leader’s daughter at this event could suggest fourth-generation hereditary succession, Mr Madden added.

‘Her presence is for an elite audience,’ he said.

Kim’s wife, Ri Sol Ju, also made a rare appearance at Friday’s launch, according to KCNA.

‘Normally designed to tamp down tensions, counter other aggressive messaging (like tests), or show Kim family cohesion in times of internal troubles.’

Her presence also fits a trend of Kim ‘normalising’ politics inside the regime and the dynamics around his position as supreme leader, Mr Gause added.

Pinterest apologises over death of girl who viewed self-harm posts