Thousands waved flags and chanted “God Save the King” when the new King and Queen Consort Camilla arrived in Cardiff. 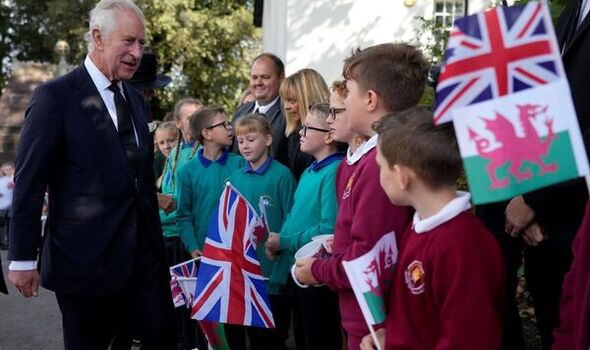 The royal couple’s visit began with a service of prayer and reflection at Llandaff Cathedral, where some people had waited since 3.30am to catch a glimpse of them.

Hundreds of schoolchildren and mourners greeted the grieving royals with cheers, applause and flowers wherever they went.

Excited well-wishers lined the route as a motorcade took the King and Camilla from one engagement to the next.

The smiling monarch looked equally as happy to see his subjects, often waving back at his adoring public.

His arrival in Cardiff marked the final stop on a tour of the home nations, following visits to Scotland, Northern Ireland and England earlier this week.

The Queen was described as a “towering figure on the world stage” during the memorial service.

In his address, the Most Rev Andy John, the Archbishop of Wales, said: “Her ability to influence, to utilise soft power – no less significant, no less authoritative – illustrates the wise and careful thought she brought to her role. 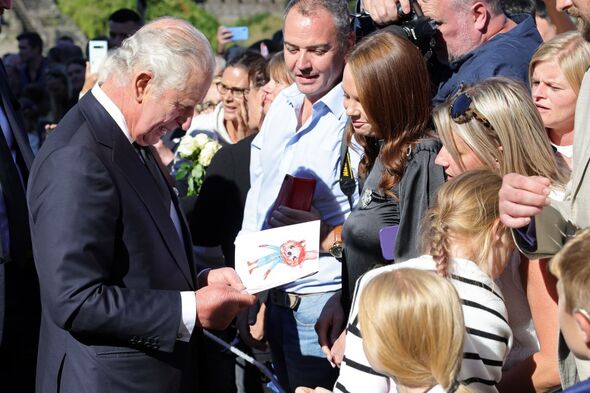 “Prime ministers found that she was a trusted confidante. Her attention to matters of Government, her knowledge of world events and the longevity of her reign gave her an unmatched perspective and ability to see the distant scene.

“Her late Majesty was also a towering figure on the world stage, embodying a continuity and stability but, perhaps more than that, values, which are shared across nations and cultures.”

The King looked solemn in a dark suit and black tie, while Camilla paid tribute to the late monarch, wearing a leek brooch given to her by the Queen.

Prime Minister Liz Truss and Welsh First Minister Mark Drakeford were among the congregation who attended the moving service.

A crowd of several hundred then cheered as the King and Queen Consort arrived outside the Welsh Parliament building in a Rolls-Royce shortly before 1pm.

Route liners made up of soldiers from the 1st Battalion Welsh Guards, 1st The Queen’s Dragoon Guards, and The Royal Welsh, sailors from the Royal Navy, and RAF personnel flanked the route between the cathedral and the Senedd. Trumpeters from the Regimental Band and Corps of the Drums of The Royal Welsh also performed.

Inside, the Welsh Parliament, King Charles expressed “immense gratitude” for his time serving as Prince of Wales, as he said his son, William, the new Prince, also held a deep love for the country. 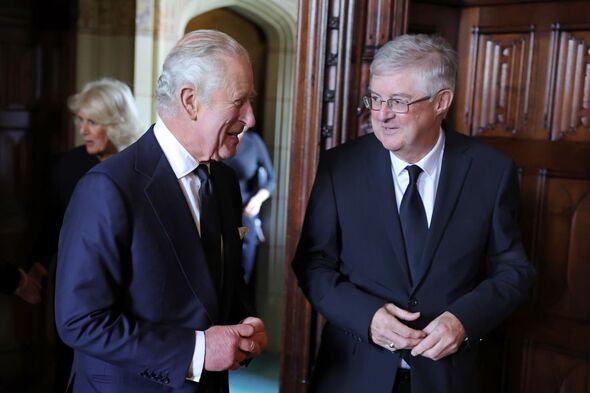 In his speech, delivered partly in Welsh, the King said that Wales “could not have been closer” to the heart of his mother, Queen Elizabeth II.

The monarch was responding to a motion of condolence offered by Mr Drakeford, who said the late Queen’s reign was “unrivalled in its length and its reach”.

The King told the Senedd: “Through all the years of her reign, the land of Wales could not have been closer to my mother’s heart. I know she took immense pride in your many great achievements – even as she also felt with you deeply in times of sorrow.

“It must surely be counted the greatest privilege to belong to a land that could inspire such devotion.

“I am resolved to honour that selfless example, in the spirit of the words by which I have always tried to live my own life: Ich Dien, I Serve.”

He continued: “I take up my new duties with immense gratitude for the privilege of having been able to serve as Prince of Wales. That ancient title, dating from the time of those great Welsh rulers, like Llywelyn ap Gruffudd, whose memory is still rightly honoured, I now pass to my son, William, whose love for this corner of the Earth is made all the greater by the years he himself has spent here.” 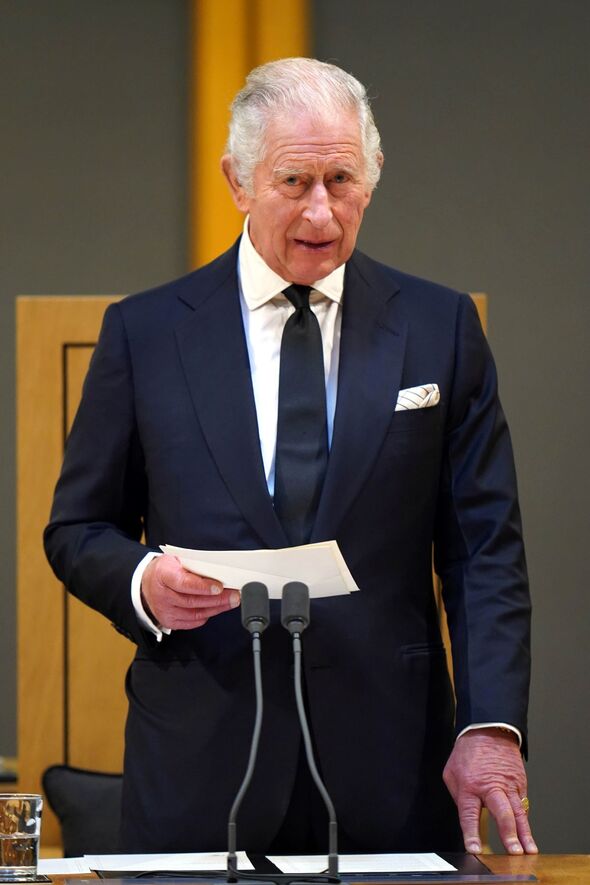 The occasion was not entirely free of acrimony, as a group of Welsh nationalists booed the new monarch as he left the Senedd.

However, their protests were soon drowned out by cheers from the crowd. And as the King and Queen Consort arrived at Cardiff Castle, there was even more celebration and flag waving.

The royal couple headed into the castle for an audience with First Minister Mr Drakeford and met with invited guests for a reception in the castle’s banqueting hall.

The Aberfan Wives group was also present at the reception. They said the Queen had travelled to the area “at the right time” after tragedy struck in 1966.

A total of 116 children and 28 adults were killed when a colliery spoil tip collapsed, engulfing a primary school and surrounding houses in the village of Aberfan. The Queen’s decision to act on advice to delay her visit to the scene for eight days was said to be one of the greatest regrets of her reign.

The King and Queen Consort also met members of the public in the grounds of Cardiff Castle before leaving Wales. 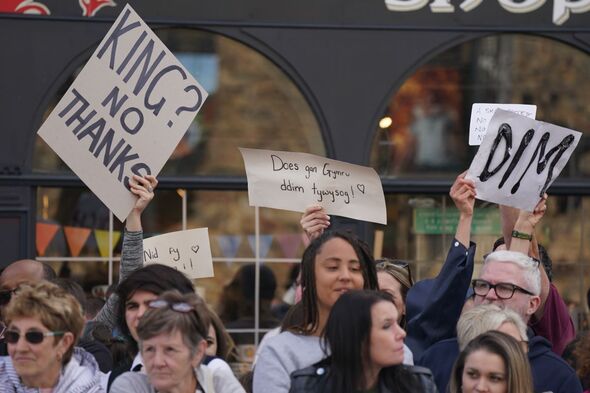 On a lighter note, King Charles was introduced to Shenkin IV, the goat mascot for the Royal Welsh Third Battalion, at the castle.

It comes as the new Prince and Princess of Wales – William and Kate – are expected to review their patronages after taking on upgraded roles.

Some Welsh rugby fans have already complained that Kate, their country’s new Princess, is also patron of the Rugby Football Union and is therefore expected to support England in matches between the two nations.

She only took on the role in January, becoming the first member of the Royal Family to accept a patronage stripped from Prince Harry after he quit senior royal duties. Her husband Prince William is already patron of the Welsh Rugby Union.

Any review of patronages could also lead to them representing some of the Welsh organisations that the new King was patron of when he was heir to the throne.

A royal source said the couple were focused on mourning, but suggested they would look at patronages in the future. They added: “I think patronages is something we haven’t had time to look at yet.”

How has Prince Andrew’s scandal impacted case for abolishing monarchy? Experts weigh in

Royal Wedding in jeopardy? Beatrice’s big day could be scuppered by coronavirus crisis