King Charles III has greeted delighted royal fans outside Cardiff Castle after they waited hours to get a glimpse of the new monarch. As crowds cheered, waved their Union flags and held up messages of support to the King, Charles and Camilla shook hands with well-wishers and thanked everyone for coming. Royal fans were stunned into silence as the King came over, having delivered several speeches during his whistle-stop tour of Wales, his first as the monarch.

Among those fortunate enough to meet the royal couple was six-year-old Nia Harvey-Pugh, who handed Camilla a drawing of both her and Charles.

Nia, who had been queueing since 7am to see the couple, wrote a message on the drawing reading: “To Queen, from Nia.”

The King and the Queen Consort were greeted by gun salutes and cheering school children when they arrived in the Welsh capital – the final stop on their tour of the four home nations which began after the Queen’s death last Thursday.

During their day in Cardiff the couple went on a number of walkabouts, shaking hands with members of the public and chatting to well-wishers. 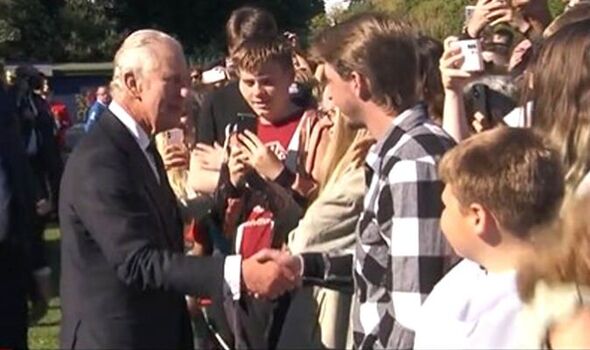 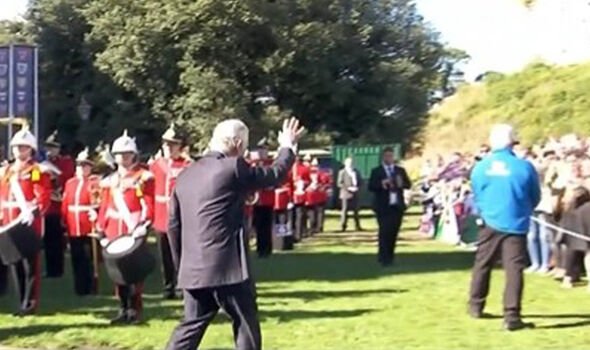 Prior to meeting Britons, Charles paid tribute to the Queen’s commitment to Wales on his first visit to the nation as King, saying it “could not be closer to my mother’s heart”.

He told the Welsh Parliament she felt pride at “your many great achievements” and also “felt you deeply in great times of sorrow”.

His address was in response to a Motion of Condolence in the Senedd, which came after the late monarch was described during a memorial service at Llandaff Cathedral in Cardiff earlier in the day as a “towering figure on the world stage”.

Charles, who was taught Welsh at the University College of Wales at Aberystwyth in 1969, addressed members in both Welsh and English, adding that he was immensely proud of Wales and was devoted to the country. 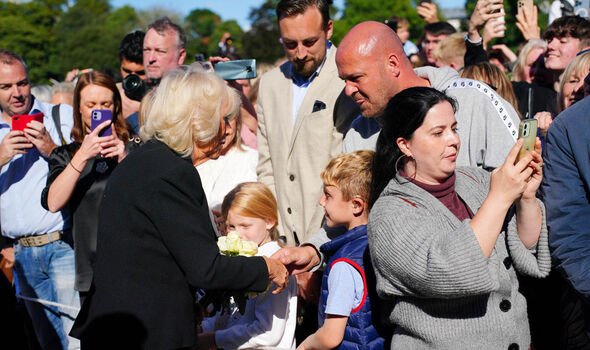 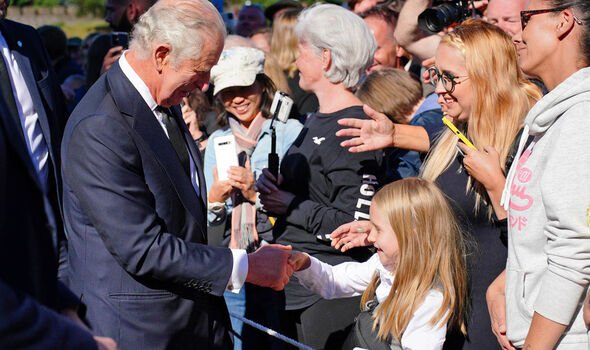 In his address to the Senedd  Charles said: “Through all the years of her reign, the land of Wales could not be closer to my mother’s heart.

“I know she took immense pride in your many great achievements, even as she also felt you deeply in great times of sorrow.

“It must surely be counted the greatest achievement to belong to a land that inspired so much devotion.

“I am resolved to honour that same example in the spirit of the words I always try to live my own life – Ich dien – I Serve.” 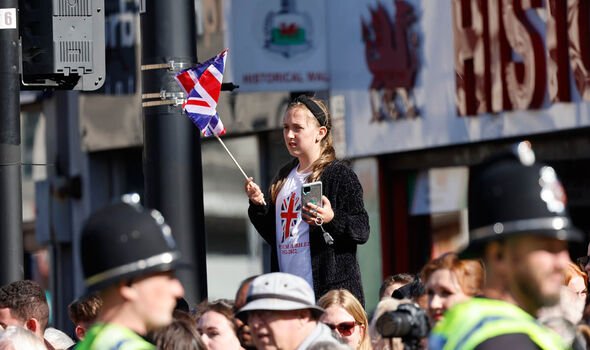 Prime Minister Liz Truss, First Minister Mark Drakeford and Welsh Secretary Robert Buckland attended the service of prayer and reflection for the life of the Queen at Llandaff Cathedral earlier in the day.

During the service, Archbishop of Wales Andy John paid homage to Her Majesty, saying: “[Queen Elizabeth II’s] ability to influence, to utilise soft power – no less significant, no less authoritative – illustrates the wise and careful thought she brought to her role.

“Prime Ministers found that she was a trusted confidante. Her attention to matters of Government, her knowledge of world events and the longevity of her reign gave her an unmatched perspective and ability to see the distant scene.”

He added: “We also saw a monarch who could surprise and delight us. We will never look at a jar of marmalade again in the same way, nor watch Mr Bond without remembering 2012 and that extraordinary leap into the void.”

READ NEXT: ‘No pen problems’ King Charles brings his own pen after past fiasco
Prince William is advised to woo Wales – in Welsh
Queen Camilla pays tribute to Wales and its people with brooch
Inside Poundbury – King Charles’ experimental village in Dorset
Trevor Noah sparks uproar as he criticises King Charles’ behaviour