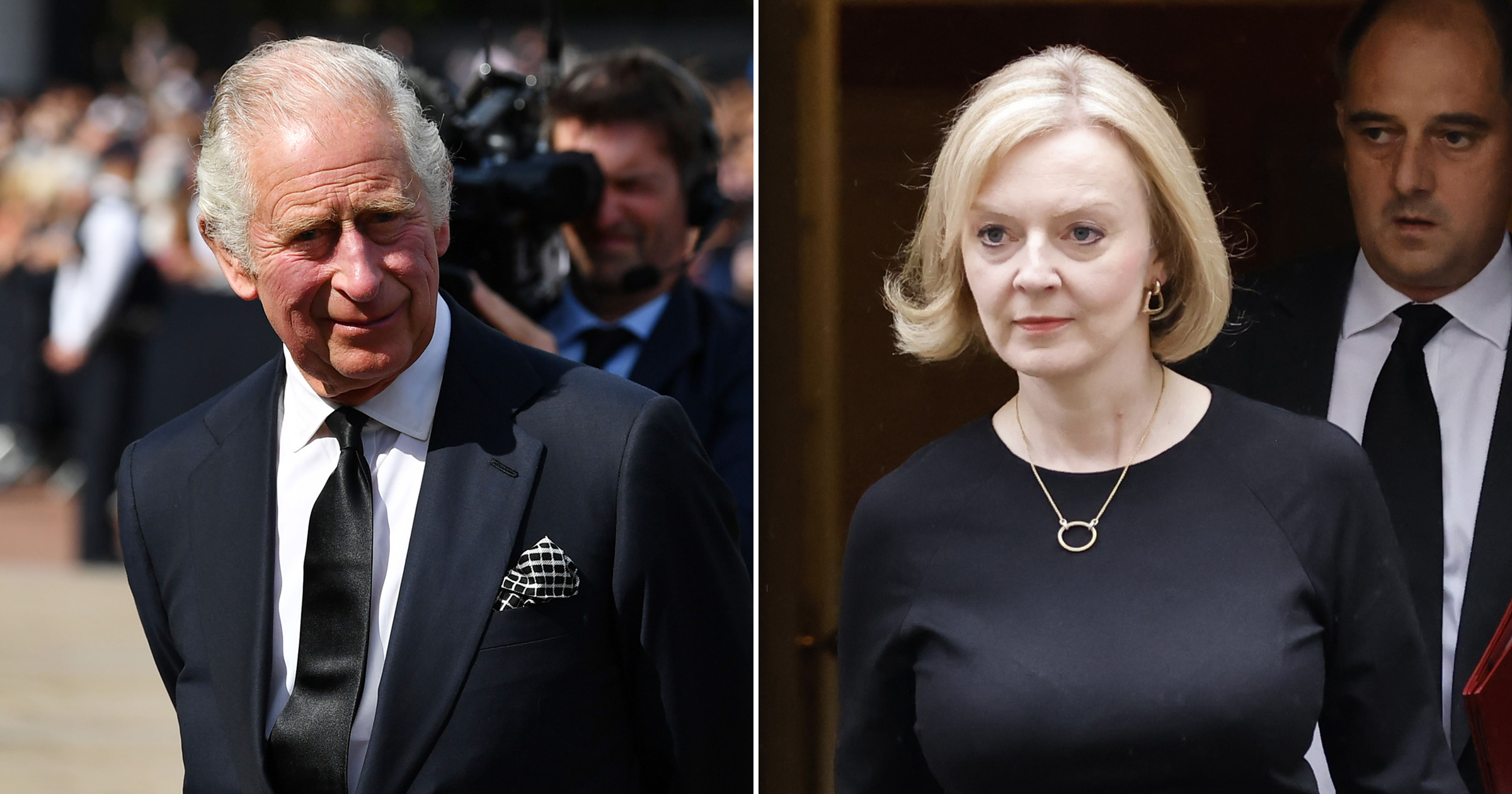 King Charles III has met Liz Truss for his first audience with a prime minister as monarch.

Ms Truss travelled to Buckingham Palace after Charles arrived in London from Scotland, where he had flown to be with his mother in her final hours.

She was seen climbing out of a ministerial car on the palace’s rear forecourt late on Friday afternoon and was escorted in alone by a guard.

The meeting marks the first exercise of the new King’s political duties, which will see him meet with the PM once a week behind closed doors.

Moments earlier he was seen greeting well-wishers outside the palace, also his first encounter with the public since the death of Queen Elizabeth II.

After thanking and shaking hands with visitors, he was kissed on the right hand by one woman and on the cheek by another who appeared visibly saddened.

The audience comes ahead of the King’s first address to the nation, which will be broadcast at 6pm on major TV channels.

Audio from the pre-recorded speech is expected to be played as a special rememberance service gets underway at St Paul’s Cathedral in central London.

The 73-year-old is expected to use his address to pay tribute to the late Queen, both as a monarch and mother, and pledge his duty as her successor.

Royal experts believe he will echo a famous address broadcast by radio from South Africa on her 21st birthday in 1947, five years before she took the throne.

At the time she said: ‘I declare before you all that my whole life whether it be long or short shall be devoted to your service and the service of our great imperial family to which we all belong.’

In a statement released upon the announcement of the Queen’s death on Thursday, Charles said: ‘The death of my beloved mother, Her Majesty The Queen, is a moment of the greatest sadness for me and all members of my family.

‘We mourn profoundly the passing of a cherished sovereign and a much-loved mother.’

A detailed royal protocal launched after the Queen’s death has left Charles with very little time for personal mourning.

Friday also saw the beginning of a 10-day period of national mourning ahead of Elizabeth’s funeral, which will see her lie in state in Edinburgh and Westminster.

The first day of ceremonies included two simultaneous 96-gun salutes in London’s Hyde Park and Tower Bridge – one round for each year of her life – fired at 1pm.