The unfortunate member of the King’s Troop Royal Horse Artillery was spotted by eagle-eyed viewers of GB News. The troop member was seen struggling to mount the horse, even with the help of another mounted troop member. At one point, the person can be seen trying to balance themselves sideways on the horse before settling on the animal.

One viewer @mamsigull joked: “You had one job!”

Others questioned why the guard member did not use a stirrup.

@Lucy_Brice_ tweeted: “When your first day of work is broadcast on tv.”

JUST IN: Kate Middleton responds to well-wishers outside Windsor Castle 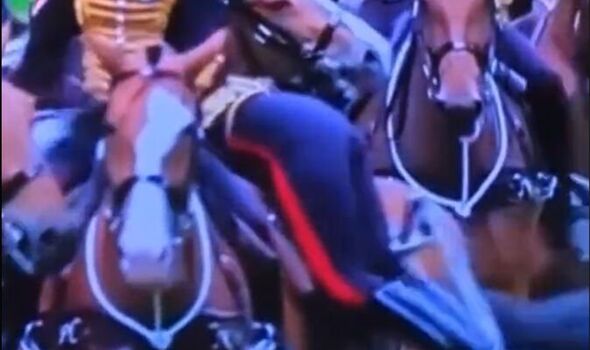 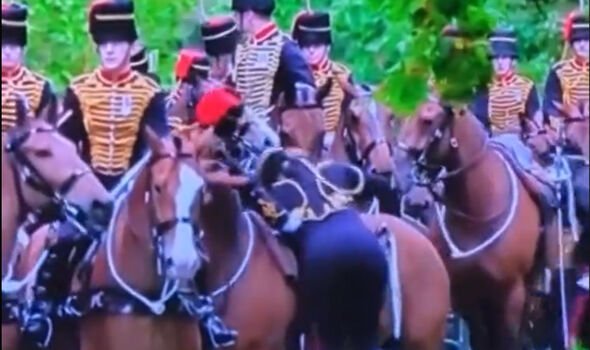 The King’s Troop, Royal Horse Artillery, wearing ceremonial dress, rode out from their base in Wellington Barracks, located next to Buckingham Palace in central London.

The procession of 71 horses then made their way up Birdcage Walk, past the Queen Victoria Memorial, up Constitution Hill and into Hyde Park.

A gun salute was carried out to mark the accession of King Charles III earlier today. 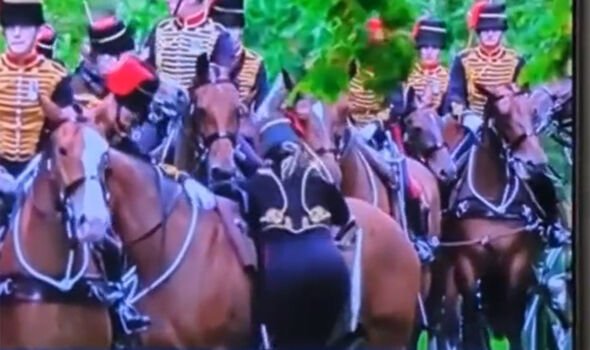 This comes as Charles faces a hectic schedule ahead of his late mother’s funeral, which has been announced for Monday, September 19.

The service will be held in Westminster Abbey and she will be laid to rest in Windsor.

DON’T MISS:
Her Majesty has left the Crown secure, says LEO McKINSTRY [COMMENT]
King Charles steps out of car on Mall for surprise walkabout [VIDEO]
The Queen’s secret to being admired and loved by so many – MARK GREENE [COMMENT] 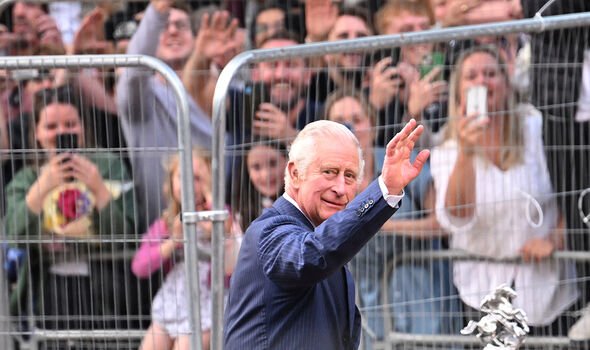 Prior to the funeral service, the Queen will lie in state in Westminster Hall for four days, giving public mourners the chance to pay their respects.

Charles announced that the UK will have a bank holiday to commemorate the funeral.

Over the coming week, Charles and his wife, Queen Camilla, will travel to Scotland, Northern Ireland and Wales.

They will also return to London where they will witness the arrival of Queen Elizabeth II’s coffin from Scotland.

Sisters found dead after birthday in Wembley park were stabbed

Over 35s will be invited for Covid vaccines 'within days'