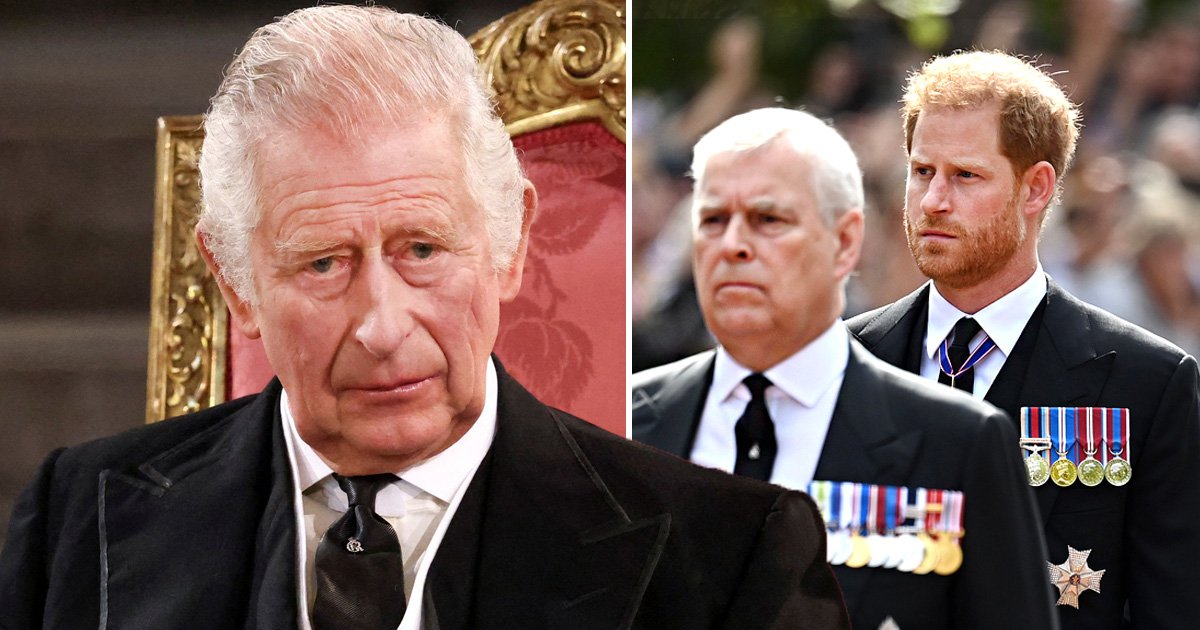 Buckingham Palace officials are finalising a plan to avoid any future prospect of Princes Andrew and Harry to ever stand in for King Charles, a royal expert has claimed.

As eyes were momentarily diverted away from the Royal Family to the new prime minister and his Cabinet, His Majesty is thought to have been making big reforms.

Robert Hardman, an author known for his work on the royals, says the monarch is hoping to expand his pool of possible counsellors of state to include his siblings, Princess Anne and Prince Edward.

In the event Charles cannot undertake his official duties on a temporary basis due to illness or being abroad, two or more are appointed by Letters Patent to act in his place.

These can be appointed from the four most senior adults in the line of succession, plus the consort.

The Queen Consort, the Prince of Wales, the Duke of Sussex, the Duke of York and Princess Beatrice are the current options on the table.

Writing for the Mail, Mr Hardman said the plans would avoid ‘any future prospect of the Duke of Sussex or the Duke of York being involved in affairs of state in the absence of the King’.

According to the royal expert, this was already being considered some months ago, with the approval of the late Queen.

Citing a source, he stressed that Her Majesty did not wish to exclude the Dukes of Sussex or York and that the King is ‘simply following through with that’.

Pariah Andrew has been removed from public life after he settled his civil sex assault lawsuit in the US.

His close friendships with convicted paedophile Jeffrey Epstein and sex offender Ghislaine Maxwell have also made it difficult for him to return to any form of royal duties.

Meanwhile, it would be more difficult for Prince Harry to take on the role as counsellor of state after relocating to the US with his wife Meghan.

Mr Hardman said: ‘Palace officials are conscious that, at a time of great national, international and economic turbulence, it would be highly embarrassing if the smooth and immediate running of government were suddenly dependent on either of the two errant dukes.

‘In theory, state business could still be conducted by the Prince of Wales and Princess Beatrice, though she is a private citizen who might not be available at the click of a constitutional finger.

‘She also does not carry the imprimatur of a working member of the Royal Family.

‘Rather than amend legislation to exclude any specific individuals, so the thinking goes, it makes much more sense simply to expand the options available to the King.’