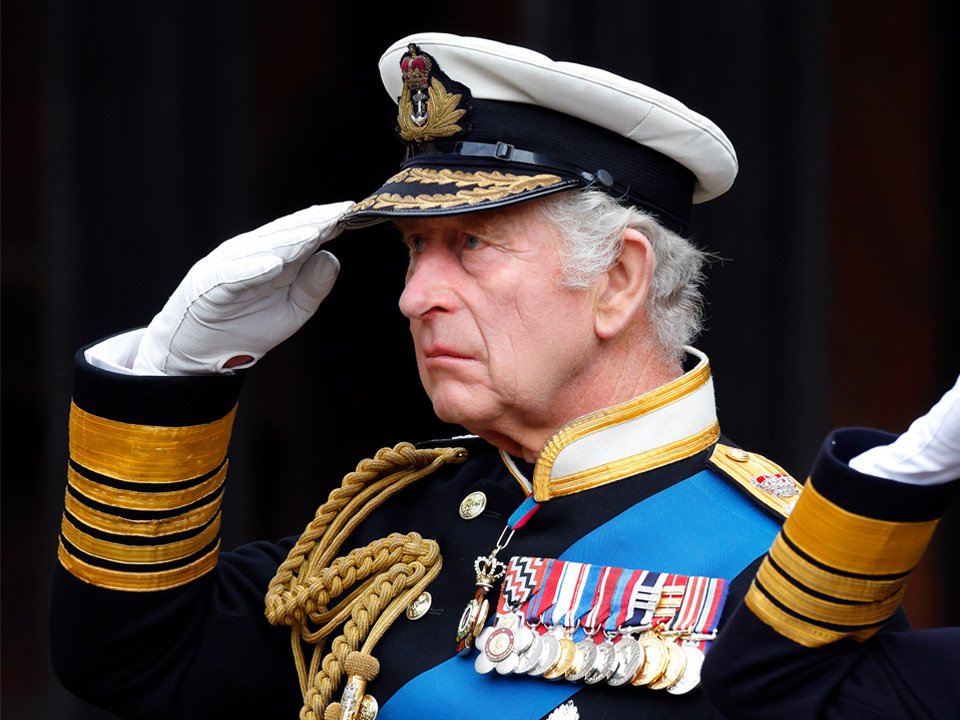 King Charles will break with centuries of tradition by wearing military uniform at his coronation later this year, it has been reported.

The event will take place in Westminster Abbey on May 6, eight months after the monarch’s accession and the death of the Queen.

Buckingham Palace has said the ceremony will be ‘rooted in longstanding traditions and pageantry’ but also ‘reflect the monarch’s role today and look towards the future’.

As part of the preparations, courtiers are said to have urged His Majesty to ditch the traditional clothes worn in previous ceremonies.

‘They think having a 74-year-old King arriving in stockings and breeches in 2023 looks too dated. They are probably right,’ a source told The Sun.

‘Though some of the more long-winded elements of the coronation will be moved aside or modernised, the King was happy to wear the breeches and stockings. But in discussion with senior aides they are saying he should not wear them, so will arrive in a military uniform instead.’

The source dismissed claims the coronation will be a ‘scaled down affair’ and promised a ceremony which will ‘knock your socks off’.

But there could be some drama after it was revealed only two dozen MPs are expected to be invited out of the 650.

It is understood only senior cabinet ministers, senior privy councillors and opposition chiefs will be invited.

The Palace and Downing Street are in the process of working together to see who is eligible for the golden tickets.

No decision has yet been made as to whether Prince Harry or Meghan will be invited.

King George VI and King George V both wore the stockings and breeches during their coronations.

Charles is also expected to be dressed in ermine fur and will wear the imperial state crown and St Edward’s crown at various points during the ceremony.

It has not yet been confirmed which crown Queen Consort Camilla will wear.

To reflect the modern day monarchy – Dukes, including Harry if he attends, will no longer have to kneel and swear allegiance.

Only Prince William is expected to carry out the symbolic gesture.

And instead of lasting three hours like the Queen’s – it is expected to last between 90 minutes and two hours.

The abbey is expected to hold around 2,000 guests, rather than 8,000 as was the case with the Queen’s coronation.

The gold state coach is set to reappear on London’s streets and the procession is planned to be shorter than previous ones, with a flypast planned while the royals stand on the Buckingham Palace balcony.