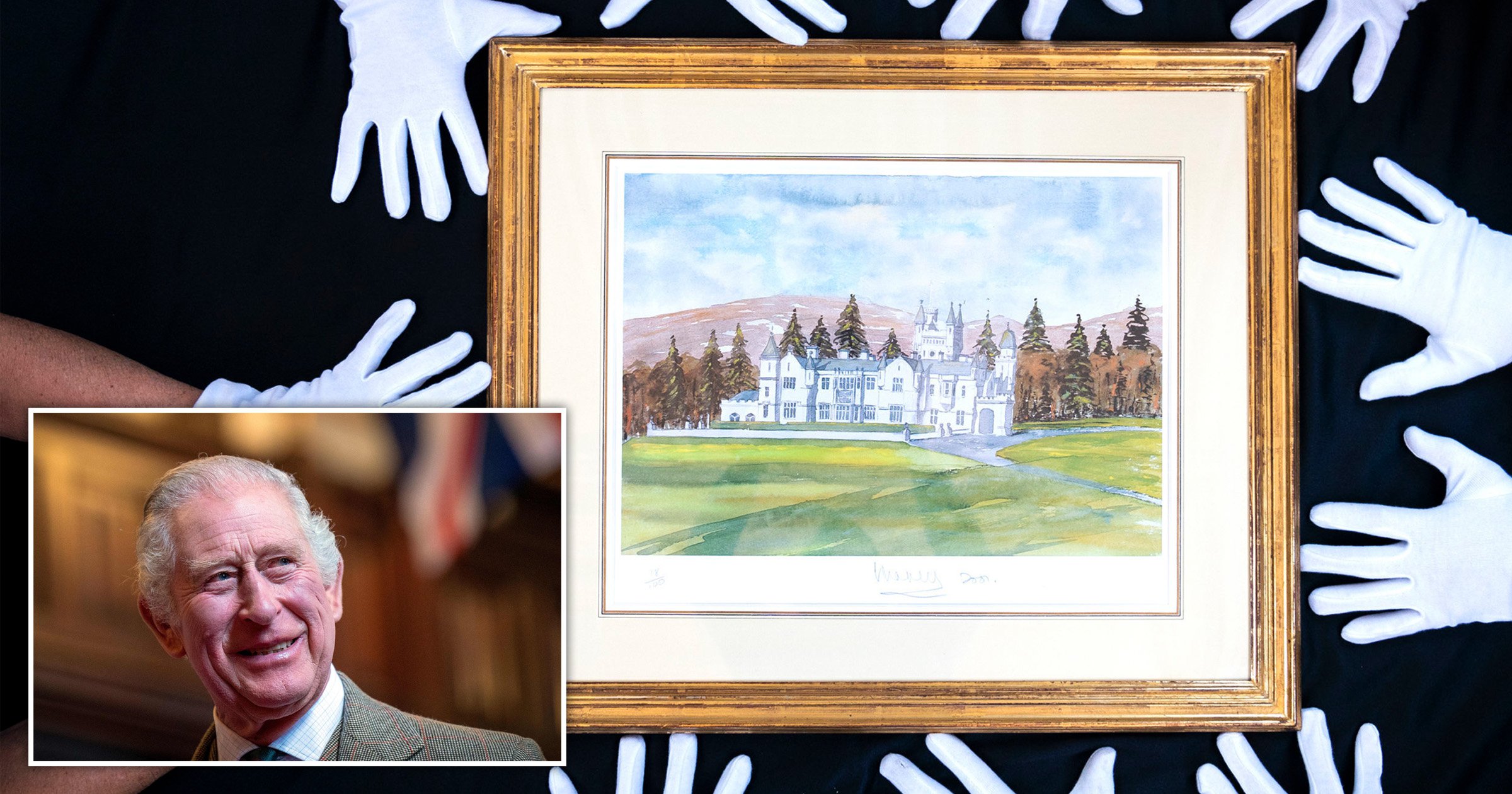 A print believed to be the first sold at auction by a reigning monarch has been snapped up.

It depicts Balmoral Castle, the late Queen’s Scotland summer home where she died on September 8.

The unique auction was held at a Bonhams’ Scottish Home sale in Edinburgh on Thursday.

Staff said they were ‘flabbergasted’ about the level of interest shown in the piece.

Prints by Charles in the past have usually sold for between £400 and £800 and Hamish Wilson, curator at the auction house, explained the ‘special resonance’ behind this work.

He said: ‘This charming print combined the King’s passion for painting and his deep affection for Scotland.

‘It acquired special resonance and appeal, of course, because of recent events and I am not surprised there was such keen bidding nor that it exceeded its estimate by so much.’

The painting is signed ‘Charles 2001’ in pencil and comes with a certificate of authenticity.

The print was reproduced from the watercolour by the King, and on the certificate of authenticity it said: ‘As a painting subject, it poses many artistic challenges, not least because of the complexity of its design and the many towers, turrets and embellishments.

‘This picture reveals HRH The Prince of Wales’s fascination with the setting of the castle and its sense of place.

‘He relates the skyline of the building with the rhythm of the trees and the mountains beyond, and contrasts the theatricality of the man-made with the excitement and drama of nature.’

It is printed on paper made at the St Cuthbert’s Mill in Somerset and carries a special watermark.

As Covid-19 cases rose, so did hospital hacks in France