Police have continued to threaten members of the public for protesting the accession of King Charles III in what has been described as “heavy-handed tactics” that are causing outrage across the nation. In the latest footage of police interaction, a young man is filmed sounding incredulous as he is threatened with arrest for holding up a blank sign because, he is told, what he intends to write on it “may offend someone”. The video sparked intense debate among members of the public, with the majority, including self-described “Queenist” Andrew Marr, slamming the police for their actions, while a few scorned the protester for lacking respect in a time of national mourning.

The protester said: “Why are you going to ask for my details?” The police officer then said: “Just so I can check to make sure you can be here. You have already said you have been arrested once.”

The young man said: “No, no, I said other people have been arrested.” The officer said: “Well, now we have made that clear, I wanted to make sure you did not have bail conditions not to be here, so just confirm you are not going to give me your details.”

The protester said: “I was holding up a blank sign, why are you asking for my details?” The officer said: “Because you said you were going to write stuff on it that may offend people to do with the King.”

The protester said: “I said I was going to write ‘Not my king’ on a sign and you are asking for my details.” 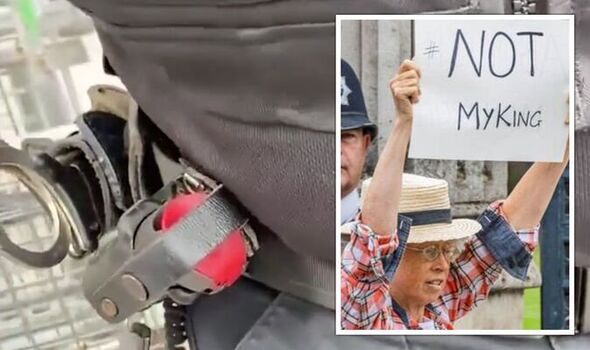 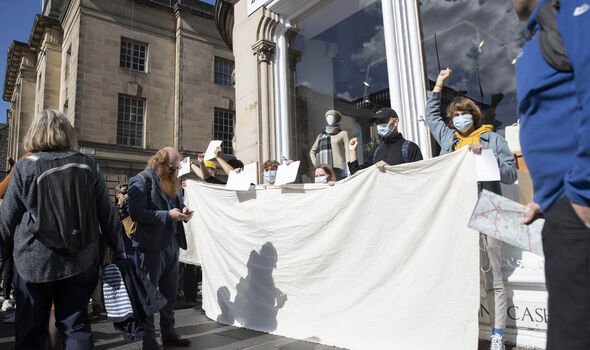 The officer said: “Well, it may offend someone.” The protester responded: “Who is that going to offend?”

The young man later admitted that he now feels “more inclined to go out there and to protest to uphold our rights” following the exchange with the officer.

The public have been divided in their opinions on the video, with some slamming the UK for becoming a police state. 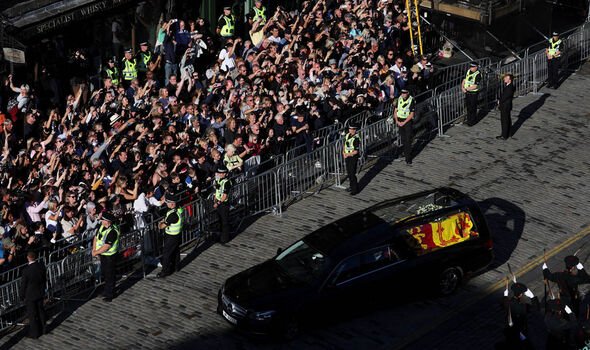 One user wrote: “Police in Parliament Square threatening to arrest a protester carrying a blank sign if he writes ‘Not my King’ on it as an offence under the Public Order Act.

“Doesn’t matter where your politics lie, this should alarm you. It’s a peaceful protest. No arrests made for ‘My King’.”

Another user wrote: “Public Order Act so broadly drafted that it includes ‘the risk’ of causing nuisance/offence.

“So once he’s said he MIGHT write on it or maybe even because the police THINK he might write on it (he has a placard & a felt tip pen) they can arrest him. That’s a police state for you.”

And LBC presenter Andrew Marr launched a furious diatribe of his against the police following a spate of other arrests, saying: “This is, frankly, pathetic. A monarchy that cannot survive some booing and a few pieces of cardboard is a pretty flimsy thing, is it not? 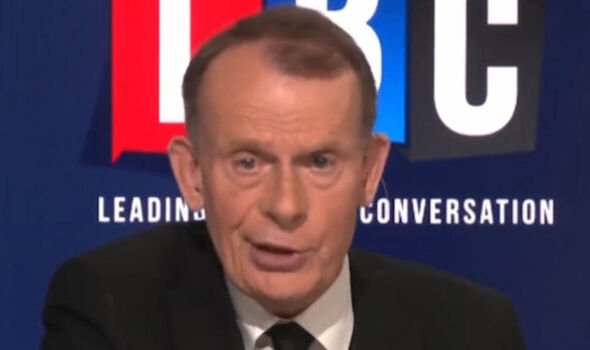 “This kind of idiotic, heavy-handed policing is actually, in the longer term, dangerous for the monarchy because if the suggestion is that we [must choose between] a King and free speech, then millions of us will say, ‘Ooh, I think free speech, thanks’.”

But others have not been so convinced, suggesting that the protesters ought to show some respect and that the officer is not the one “raising their voice”.

One user said: “That’s not what is happening here. The police officer is giving advice as to what will happen. He isn’t arresting the man for the blank paper. And only one of them is raising their voice in an aggressive manner here.”

Anne joins Queen’s coffin on final journey from Scotland to London
Corrie’s Charlie Lawson blasts Jedward over controversial royal tweets
Scots proved that the Kingdom is better off United, says SUSAN DANCE
Princess Anne and King Charles ‘look broken’ as they keep watch Queen
The name of every corgi the Queen ever owned including Mint and Disco

Princess Beatrice SNUB: How Bea’s wedding has taken a backseat amid royal upheaval