A member of one of the most senior regiments of the British Army has come under fire for screaming at a little girl to “stand clear” after she found herself in his path during a routine march. The unassuming little girl, who was visiting London’s royal residences, ran away in floods of tears as the cavalry troopers loomed over her from behind. Though he was performing his duty as a King’s Life Guard, the manner in which he dealt with the youngster has been criticised by members of the public for being heavy-handed, with some saying it was “mean and uncalled for”.

The member of the King’s Life Guard was beginning a patrol of the outside space at Horse Guards Parade when the incident occured.

The little girl, dressed in a pink hoodie, had her back turned to the cavalryman, who was carrying a sword, when he screamed for her to “stand clear”.

Having not seen the guard, the little girl can be seen jumping with fright.

She then proceeds to burst into tears and run away from the guard, who continues his march into the courtyard before circling back. 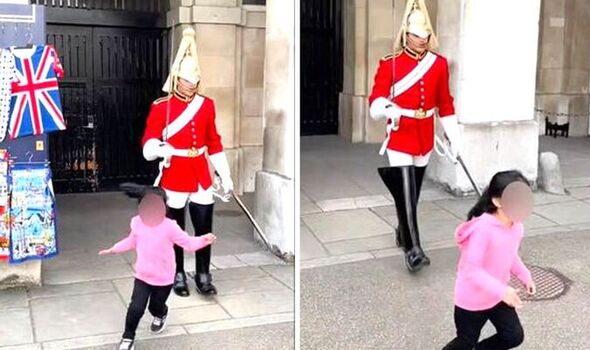 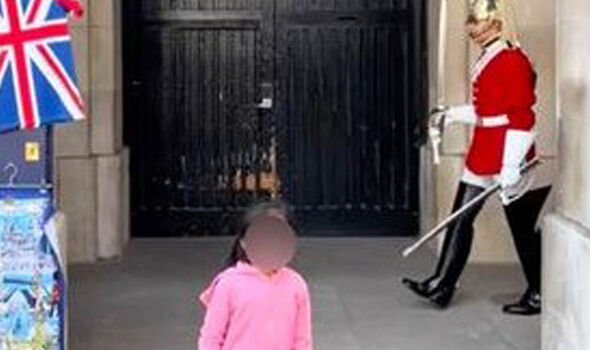 As a member of the King’s Life Guard, the cavalryman will have been serving in his post for a number of years.

His section of the British Army have been protecting royal residences for hundreds of years, and were formerly known as the Queen’s guard under Her late Majesty.

The interaction has split public opinion, with some blaming the parents of the young girl for allowing her to be in the guard’s way.

Others, however, suggested there should be “designated areas” for the marches so the public cannot get in the way. 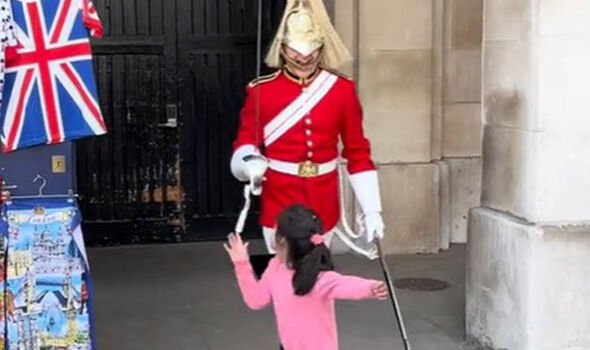 Graham Watt, on TikTok, said: “He’s on guard doing his job. He’s not there for tourists yet people think they are.”

Another user, called Cathy-Ann, said: “Everyone knows the queens guard, or I guess the kings guard now, move for nobody. They will literally run you down if you get in their way.”

Another user, Ash, blamed the parents of the young girl for the ordeal.

They said: “Some parents are so clueless it’s unbelievable.” 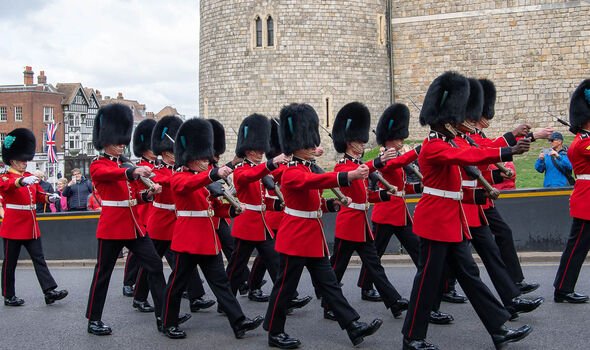 But others have been more sympathetic to the little girl and her family.

Yara Osman said: “Regardless of what their job is. That’s mean and uncalled for.”

Another user, opting for the more practical approach, suggested that poor planning was to blame for the incident.

They said: “If they’re gonna be doing this, why can’t they create designated areas for the public to view and be out of their way instead of it being all open.”

READ NEXT: Charles issues first message since ending of royal mourning period
Date when King Charles will appear on bank notes has been confirmed
Queen Camilla knows ‘how to just mollycoddle’ Charles, says expert
‘S*** the royals are coming!’ Kate and William in stitches
King Charles to consider final tribute to late Queen in coronation