In a statement issued on Thursday, Buckingham Palace confirmed Queen Elizabeth II had died peacefully at Balmoral. Her Majesty was staying at her Scottish home for her annual summer stay when her health began to deteriorate, with the Palace stating just hours before her death that she was under medical supervision. Members of her family, including Prince Charles (now King Charles III), Prince William and Prince Harry, travelled to the monarch’s Scottish residence in the hours following the initial statement. Now, as the Royal Family and the nation mourn the loss of a much-loved monarch, Express.co.uk looks back at where Queen Elizabeth II’s historic reign began.

“The Daily Express announces with deep sorrow that the King died early yesterday. The news came from Sandringham at 10.45am in these words: The King, who retired to rest last night in his usual health, passed peacefully away in his sleep early this morning.”

This was printed on the front page of The Daily Express on February 7, 1952, a day after the death of King George VI — Queen Elizabeth II’s father.

While the 55-year-old King had suffered a long illness, his death came as a shock to his family and the nation.

Then-Princess Elizabeth was in Kenya when the news broke, standing in for her father on a long-planned international tour. She and her husband Prince Philip were staying at the Treetops Hotel, thousands of miles away from Sandringham, where her father had passed. 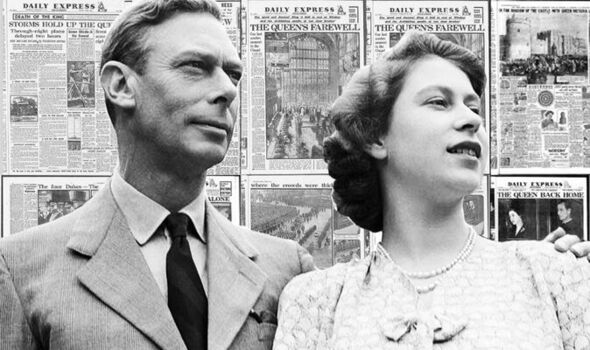 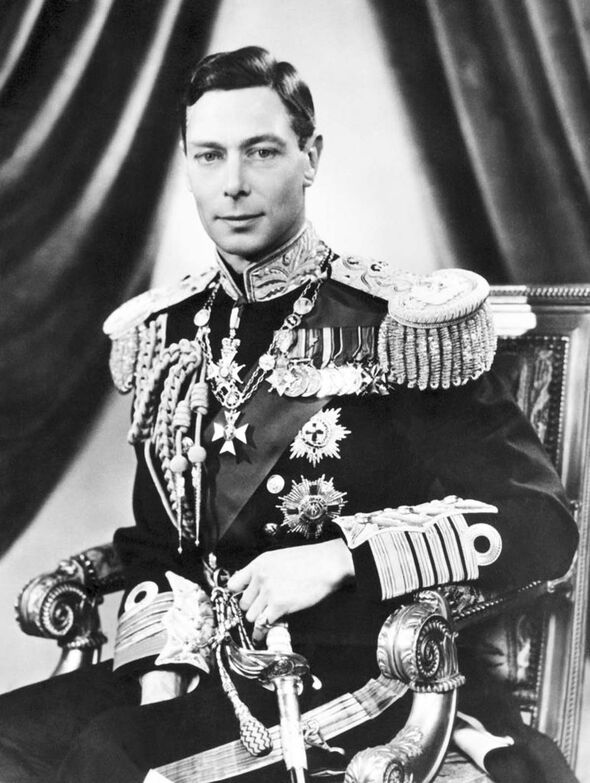 George had defied the guidance of his closest advisors and travelled to London Airport to see his daughter off, marking his final public appearance and the last time the young princess would see her father.

The Daily Express reads: “The night Princess Elizabeth became Queen without knowing it she was dressed in brown slacks and a bush jacket, and never went to bed or took her clothes off. She spent the whole night in the fabulous Treetops Hotel in a giant fig tree overlooking a waterhole in the Aberdare Forest game reserve.”

Elizabeth and Philip prepared to travel home as soon as they heard the news of George’s death but were temporarily held up by a tropical thunderstorm over Entebbe, Uganda.

It was the Duke of Edinburgh who broke the news to the princess after his private secretary received the unexpected call.

As The Daily Express records, the Queen was devastated by the news; “she wept like a 25-year-old girl who lost her father”. 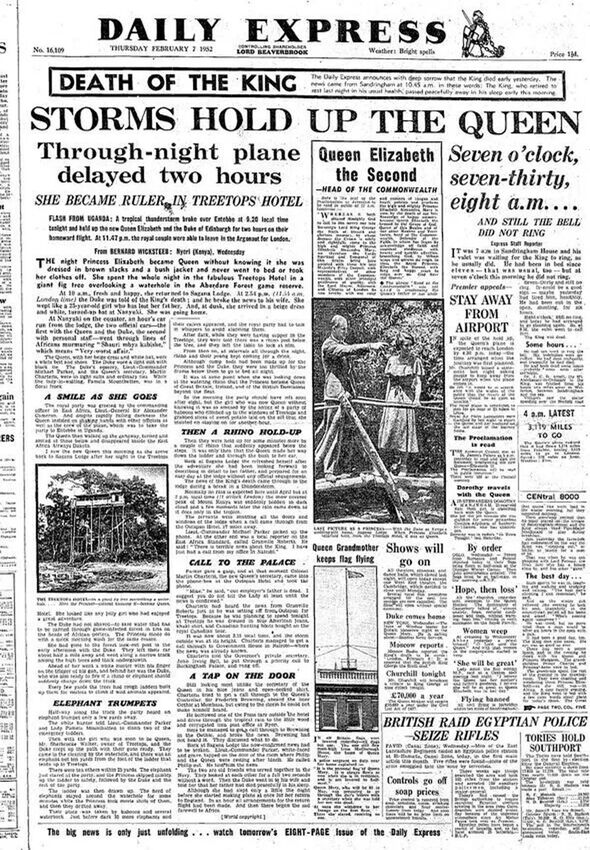 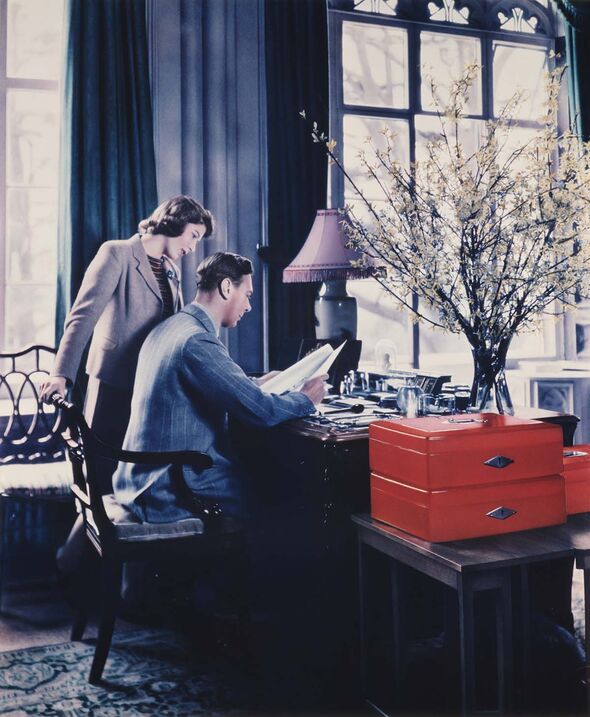 But, in keeping with the stoicism she held for over 70 years, Elizabeth is said to have reacted with a sense of duty. Once back in the UK, she read the Accession Declaration, marking the end of her father’s reign and the beginning of her own.

Tributes to the late King were documented in the following pages of the newspaper.

Hector Bolitho, author of ‘A Century of British Monarchy’, quoted Winston Churchill, who was prime minister at the time of George’s death and Elizabeth’s accession, as having once said of the King and his wife, Queen Elizabeth I (later the Queen Mother): “They have the rare talent of being able to make a mass of people realise in a flash that they are good.”

George was not meant to take the throne. As the second son of King George V, Prince Albert, Duke of York was destined to be the ‘spare’, second-in-command to his brother King Edward VIII. 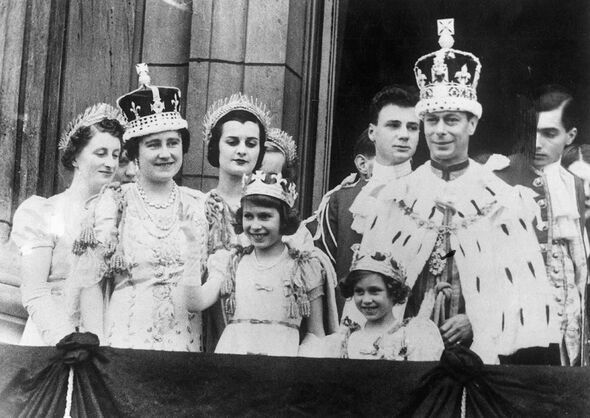 But after the shock abdication of Edward in 1936, Bertie — as he was affectionately named — faced a change in fate.

A naturally nervous man, Bertie, who chose the name George to adhere to Queen Victoria’s wish that no king would rule as Albert, was not keen on the idea of becoming monarch.

But, of course, he had no choice. And two years after taking the throne, King George led the country through World War 2 — an unprecedented global conflict which saw the King and Queen become well-loved and respected among the British public.

George and Elizabeth stayed in London during the Blitz to show solidarity with those living in the Capital, earning the royal couple a great deal of support from their subjects. 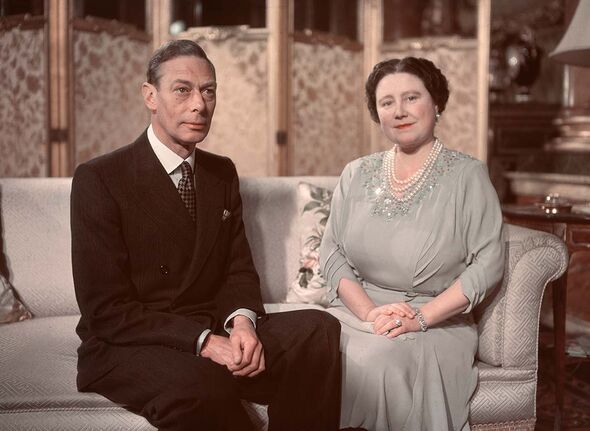 But the conflict made an already anxious man worn and stressed, and this, coupled with his physical ailments, proved too much. Chapman Pincher — the Daily Express’ defence and science correspondent — wrote: “The King knew the end was near”.

He continued: “The doctors knew that the King had only a short time to live after his serious lung operation less than five months ago [he had it removed in September 1951 after a malignant tumour was found]. It is almost certain that the King also knew.”

Mr Chapman, who died at the age of 100 in 2014, added the doctors knew “nothing could be done to prolong his life,” and suggested the King’s understanding of his own wellbeing could be an explanation for his decision to “make the journey to London Airport last week to wave goodbye to Princess Elizabeth and the Duke of Edinburgh.”

The veteran journalist went on to suggest that George had even predicted his imminent death months before, claiming it had been proposed that Princess Elizabeth perform the 1951 Christmas broadcast, to which the King replied: “My daughter may have her opportunity next Christmas. I want to speak to my people myself.” 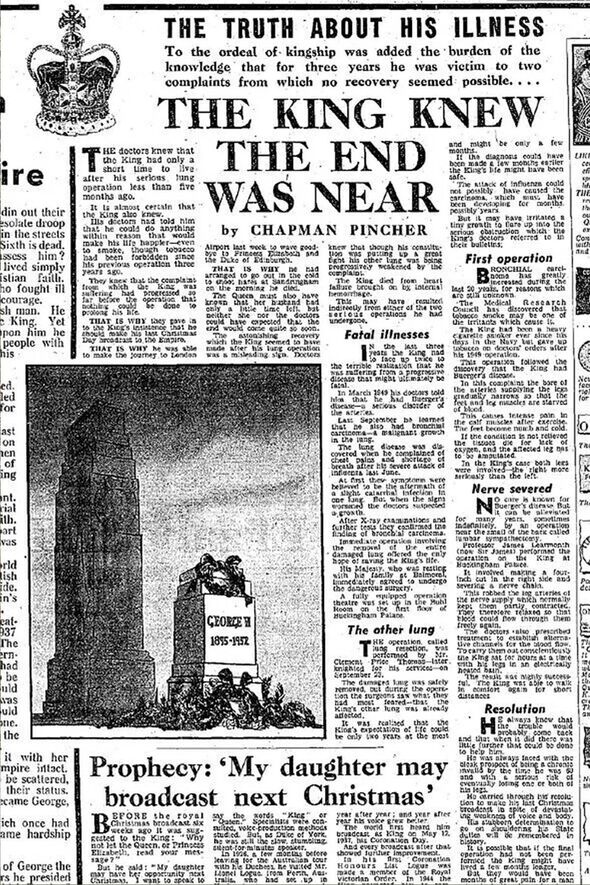 In her official proclamation, on February 8, 1952, the new Queen said: “By the sudden death of my dear father I am called to assume the duties and responsibilities of sovereignty.

“My heart is too full for me to say more to you today than I shall always work, as my father did throughout his reign, to advance the happiness and prosperity of my peoples, spread as they are all the world over.”

The Daily Express, in its February 8 edition, quoted the Queen as having told a Cabinet Minister: “This is a tragic homecoming.”

Accompanying a photograph of a solemn Queen and stiff-faced Philip, the front-page report continued: “And here the actual home going begins. Queen Elizabeth II and the Duke leave London Airport for Clarence House.” 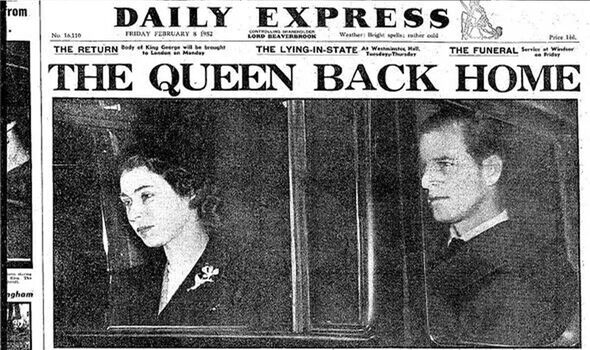 King George VI’s funeral was held 10 days after his death on February 15. It came after a national period of mourning.

His coffin lay in St Mary Magdalene Church, Sandringham until 11 February when it was carried, in procession, to the nearby Wolferton railway station. It was then carried by train to King’s Cross Station in London, where another formal procession took place to Westminster Hall, where the King lay in state for three days.

Members of the public were able to visit the coffin during this time. It was reported that 304,000 people passed through Westminster Hall, with queues up to four miles forming as his subjects waited to pay their respects.

George VI’s funeral began with a procession to Paddington Station; from there, the coffin was loaded onto a train to Windsor, where another procession took place to St. George’s Chapel. 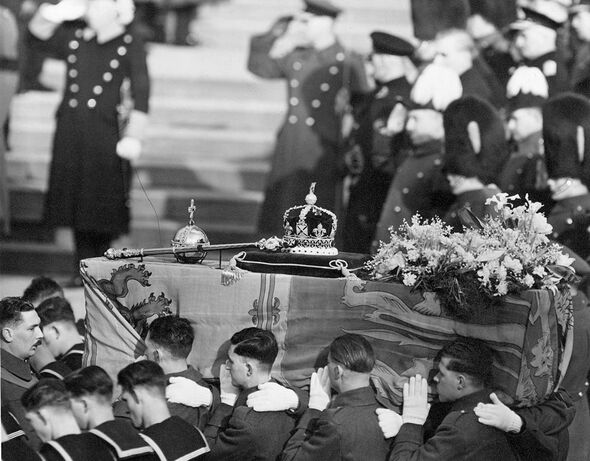 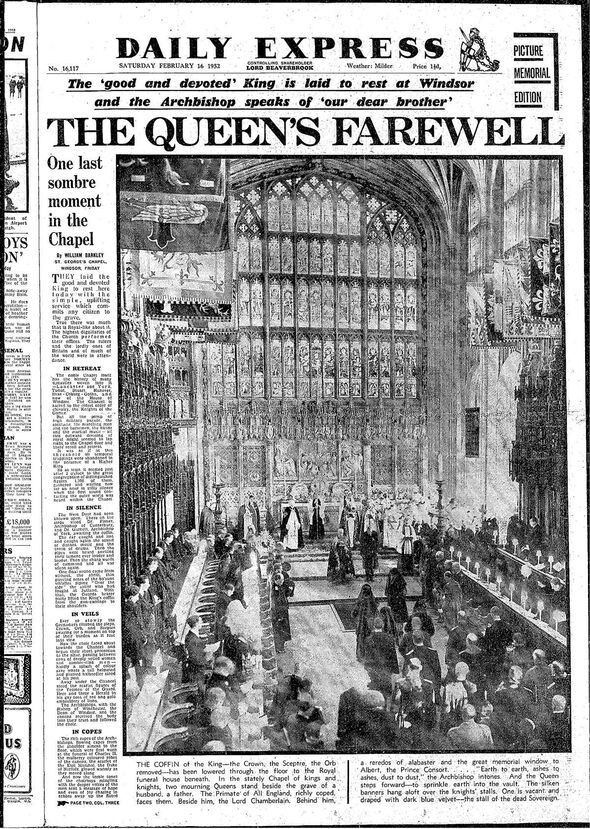 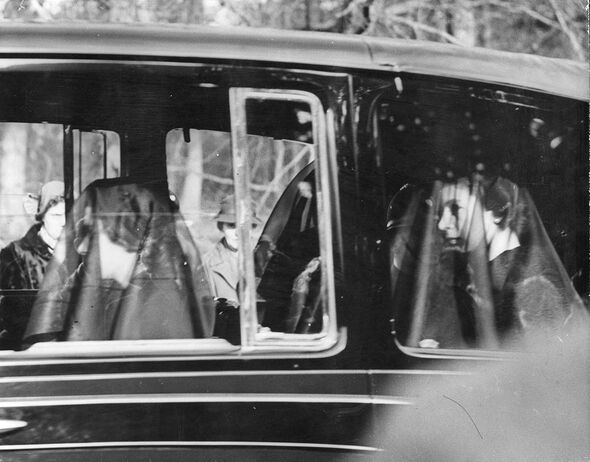 The service was held in the church, which sits in the shadow of Windsor Castle, and the king was interred in the royal vault.

On February 16, the Daily Express’ front-page report opened with: “They laid the good and devoted King to rest here today with the simple, uplifting service which commits any citizen to the grave.”

It continued: “In the stately chapel of kings and knights, two mourning Queens stand beside the grave of a husband, a father.”

New heat record in Italy as 'Lucifer' heatwave sweeps in