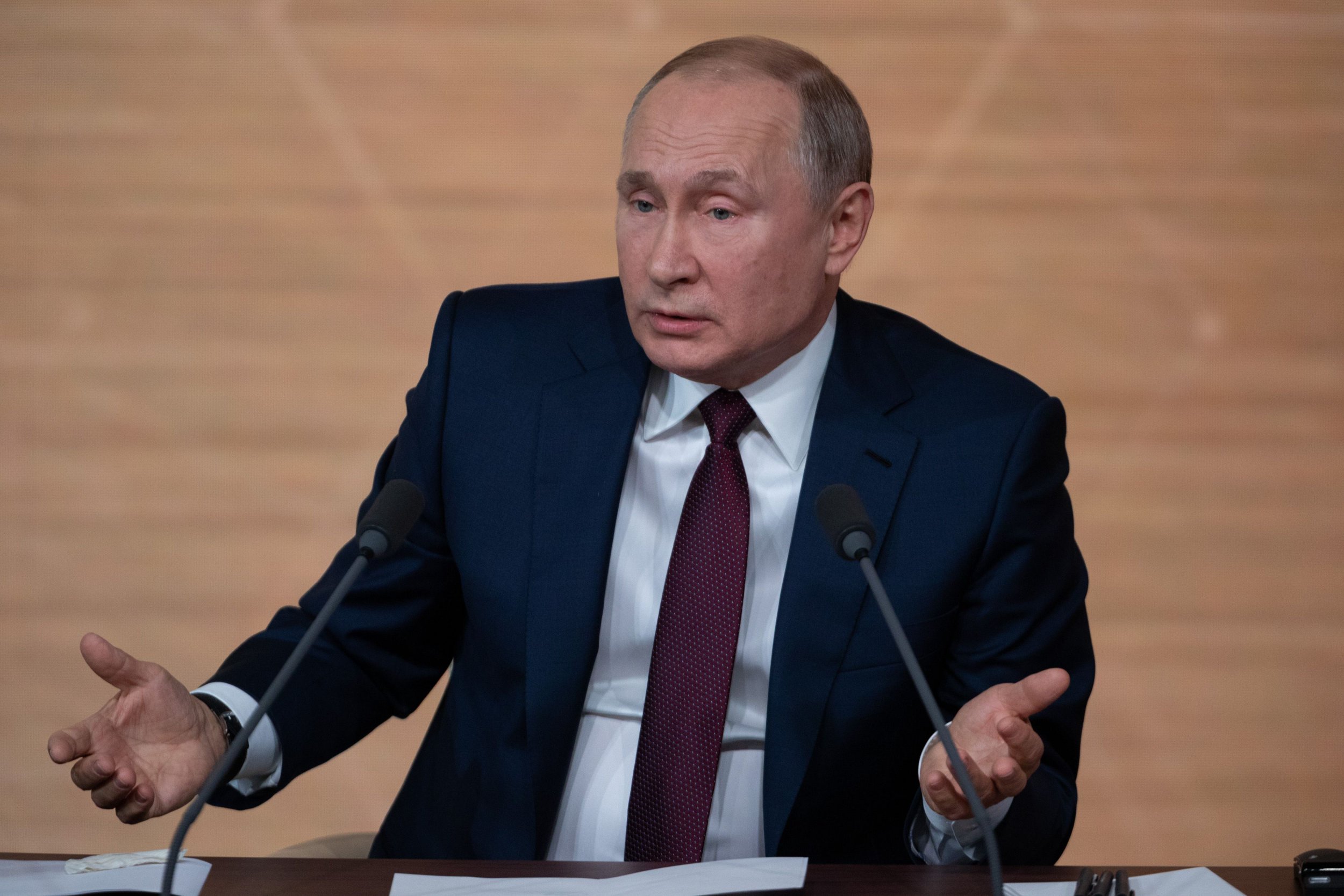 Russia has denied claims that president Vladimir Putin fell down the stairs and soiled himself.

Telegram news blog SVR General reported on December 1 that Putin tumbled down five steps the day before in one of his residences.

‘If Putin used to wear special waterproof underwear with an absorbent effect, then recently he neglects these precautions, as it turned out in vain,’ the unsubstantiated post added.

Now the Kremlin has been forced to deny the claims after American news outlet Newsweek pressed Putin’s press agency.

Press and Information Office of the President of the Russian Federation said: ‘Regarding your request, we can say that this is completely untrue.’

The post said ‘Before the examination, the doctors escorted the president to the bathroom and helped to clean up, and at the same time conducted an initial examination.

‘After a complete examination and examination, a bruise of the coccyx and soft tissues was diagnosed.’

The alleged injuries were ‘nothing critical’, the post said, and Putin popped painkillers later that night.

From coughs to cancelled meetings, Putin’s health has been under intense scrutiny for years.

Russia’s war against Ukraine has only thrown fuel to the fire, with Parkinson’s and cancer often top of speculator’s lists.

Russian and even Western intelligence officials have denied claims that Putin is suffering from ill health.

CIA director William Burns said in July: ‘There are lots of rumours about President Putin’s health and as far as we can tell he’s entirely too healthy.’

Richard Moore, the head of Britain’s MI6, told the Aspen Security Forum in Colorado: ‘There is no evidence that Putin is suffering from serious illness.’

Boy, 12, left bloodied after being 'hit on head' by 'aggressive' woman in park

Queen Kate: Could line of succession skip Charles for William and Kate?