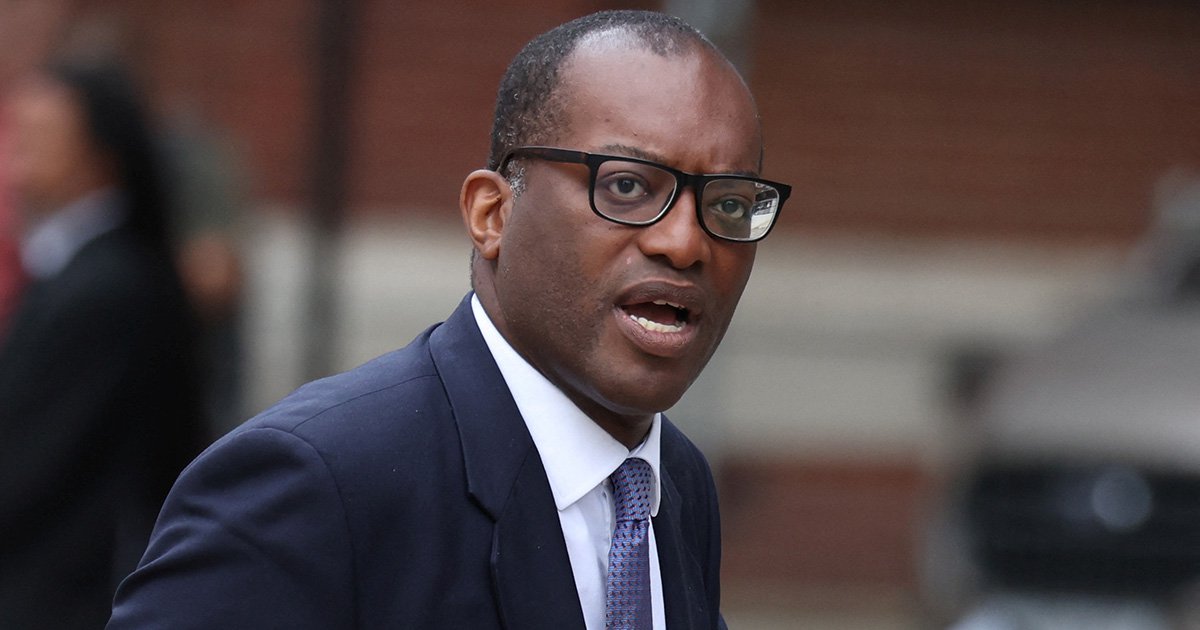 The Chancellor is now facing calls for an official inquiry as the City workers could stand to gain significantly from the collapse in the pound.

According to The Sunday Times, he went to a financier’s Chelsea mansion where he is said to have been ‘egged on’ to commit to his £45 billion of unfunded tax cuts.

During the evening, guests reportedly guzzled wine, champagne and cocktails as they congratulated the new Chancellor on his role.

Sources close to Mr Kwarteng said he was in a good mood and ‘high on adrenaline’ throughout the night.

The following Sunday, during an interview with the BBC, he then declared there was ‘more to come’ – a comment which has been blamed for sending the markets into jitters, driving down the pound and causing interest rates to shoot up.

This raises concern the event informed Mr Kwarteng’s decision to announce more plans to cut taxes in the future despite the state of the economy.

Two hedge fund managers at the event reportedly called the chancellor a ‘useful idiot’ and a senior Tory who advises business leaders said the phrase was in widespread circulation.

Another source said Mr Kwarteng was surprised about the reaction in the markets, saying: ‘I think maybe he didn’t see it coming.’

But a source close to the chancellor dismissed any suggestion of impropriety regarding his attendance at the reception.

‘Any suggestion attendees had access to privileged information is total nonsense,’ the source said.

‘The growth plan published on Friday included a commitment to review our tax code to make it simpler, better for families and more pro-growth.

‘The government’s ambitions on lowering the tax burden are hardly a state secret.’

Saracens: Premiership champions to be relegated at the end of this season