The Labour Party’s civil war deepened on Wednesday when the party’s leader insisted he would allow his MPs a free vote on a second ballot on the UK’s membership of the European Union. Speaking to Sky News, Jeremy Corbyn said: “Labour will do everything to prevent a no deal exit from the European Union. That is is our first priority. After that we want a general election so the people can decide their future do they want a Government that invests and ends austerity?

“A Government that deals with the grotesque levels of poverty and inequality in Britain and they will get the chance for a public vote under a Labour Government between Remain and a credible option which we will negotiate with the European Union.”

But when asked on the views Mr Watson expressed on Wednesday that the party should campaign for Remain, Mr Corbyn said: “It’s Tom’s view: I don’t accept it and I don’t agree with it.”

Speaking about deputy leader Mr Watson’s call for Labour to “unambiguously and unequivocally” back Remain, the Pontypridd MP said: “An argument in principle that there is no such thing as a good Brexit deal, that all versions of Brexit are going to leave Britain poorer and more isolated in the world, and that’s why there is no good reason why Labour should be supporting that. 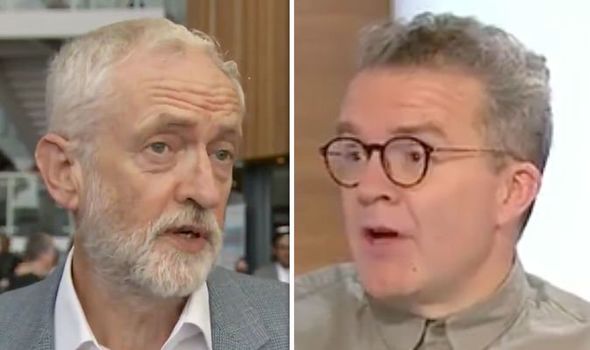 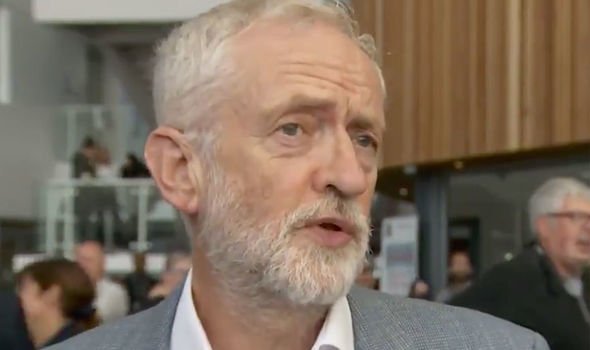 “So we should be opposed to it and we should be clear that Labour doesn’t believe Brexit is a good thing and critically we shouldn’t be bamboozled or bullied by Boris Johnson into going into an election on his terms.”

On Wednesday morning, Mr Watson said Labour should prioritise reversing Brexit through another referendum, over winning power in a general election.

Speaking at the Creating Industries Federation in London, Mr Watson described it as “the only way” to break the deadlock “once and for all”. 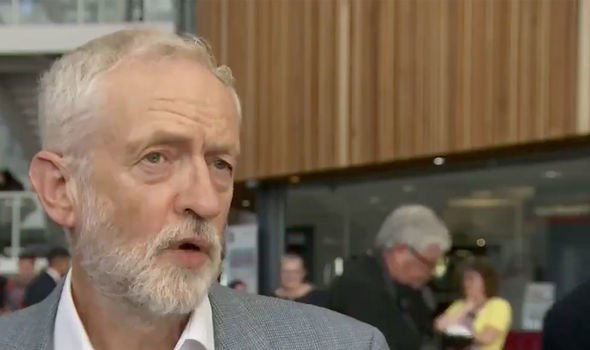 The Labour politician also firmly stated his party should commit “unambiguously and unequivocally” to campaigning for Remain.

He said: “My experience on the doorstep tells me most of those who’ve deserted us over our Brexit policy did so with deep regret and would greatly prefer to come back.

“They just want us to take an unequivocal position that whatever happens we’ll fight to remain, and to sound like we mean it. If we did it we could win, whereas if we don’t I fear we won’t.” 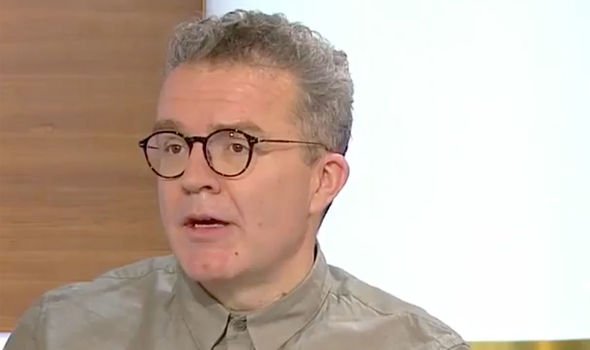 This week Mr Corbyn’s party passed a law alongside Tory rebels, the Lib Dems and he Green Party, aimed at halting a no deal Brexit.

The Bill, which controversially led to the sacking of more than 20 Tory MPs, received Royal Assent from the Queen on Monday and essentially forces Boris Johnson to seek a Brexit delay if MPs have not approved a new deal, or no deal, by October 19.

Meanwhile, a legal bid to challenge the suspension of parliament has succeeded at the appeal court in Edinburgh, with judges ruling Boris Johnson’s prorogation of parliament to be “unlawful”.

A group of around 70 parliamentarians had appealed against a ruling by a judge at the court that Boris Johnson’s prorogation of Parliament was lawful.

Judge Lord Doherty originally dismissed a challenge against the suspension – which went ahead in the early hours of Tuesday – at the Court of Session last Wednesday, saying it is for politicians and not the courts to decide.

But three judges of the Inner House, the supreme civil court in Scotland, disagreed with Lord Doherty’s ruling.

The UK Government plans to appeal against the latest ruling to the Supreme Court.