Home » Europe » Labour council chief sacked for claiming £137,000 for six years to do nothing 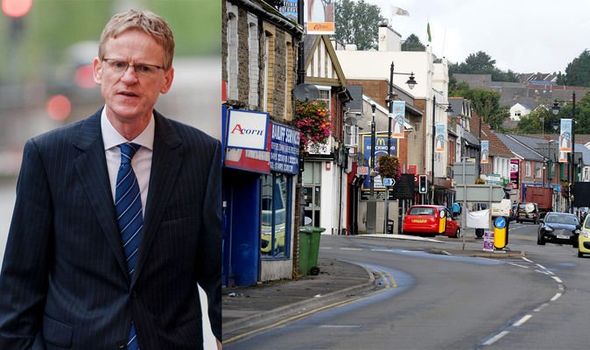 But the 60-year-old continued to get his £137,000 salary, despite not working for six and a half years. The long-running dispute is thought to have cost Caerphilly County Borough Council in SouthWales up to £6million. Since 2010, a series of cuts at the hard-up council has resulted in the loss of almost 750 workers. Mr O’Sullivan was finally sacked after the Welsh Government launched an independent investigation. It found the council chief had been “grossly negligent” – but he plans to appeal the decision. Speaking after his sacking, Mr O’Sullivan said the matter was “far from concluded”.

He added: “What I would say to the people of Caerphilly now is wait until the employment tribunal takes place in public, wait until the full facts emerge in the public domain, then make a reasoned decision.”

Criminal charges were dropped in 2015 and the two other men agreed payouts worth £300,000 between them – but no agreement was ever made with Mr O’Sullivan and he was put on leave, while continuing to receive his full salary.

Barbara Jones, the council’s interim leader, said: “We regret the amount of time and money that has been spent on this matter, but we had no choice other than to follow the agreed statutory process.

“It should also be noted that during this time we had to allow criminal investigations to proceed, which added almost two and a half years to the overall timeframe.”

Jess Turner, of union Unison Cymru, said the saga should have been sorted “years ago”.

She said: “Staff are absolutely sick of it and the council needs to move on.

“Since 2010, severe spending cuts from Westminster have cost the jobs of 746 Caerphilly council workers, yet as much as £6million has been ploughed into a single issue.”