LONDON (Reuters) – The Labour Party has urged rebel MPs in the ruling Conservatives to help block a no-deal Brexit by bringing down Prime Minister Boris Johnson’s administration and allowing its leader Jeremy Corbyn to form a caretaker government. 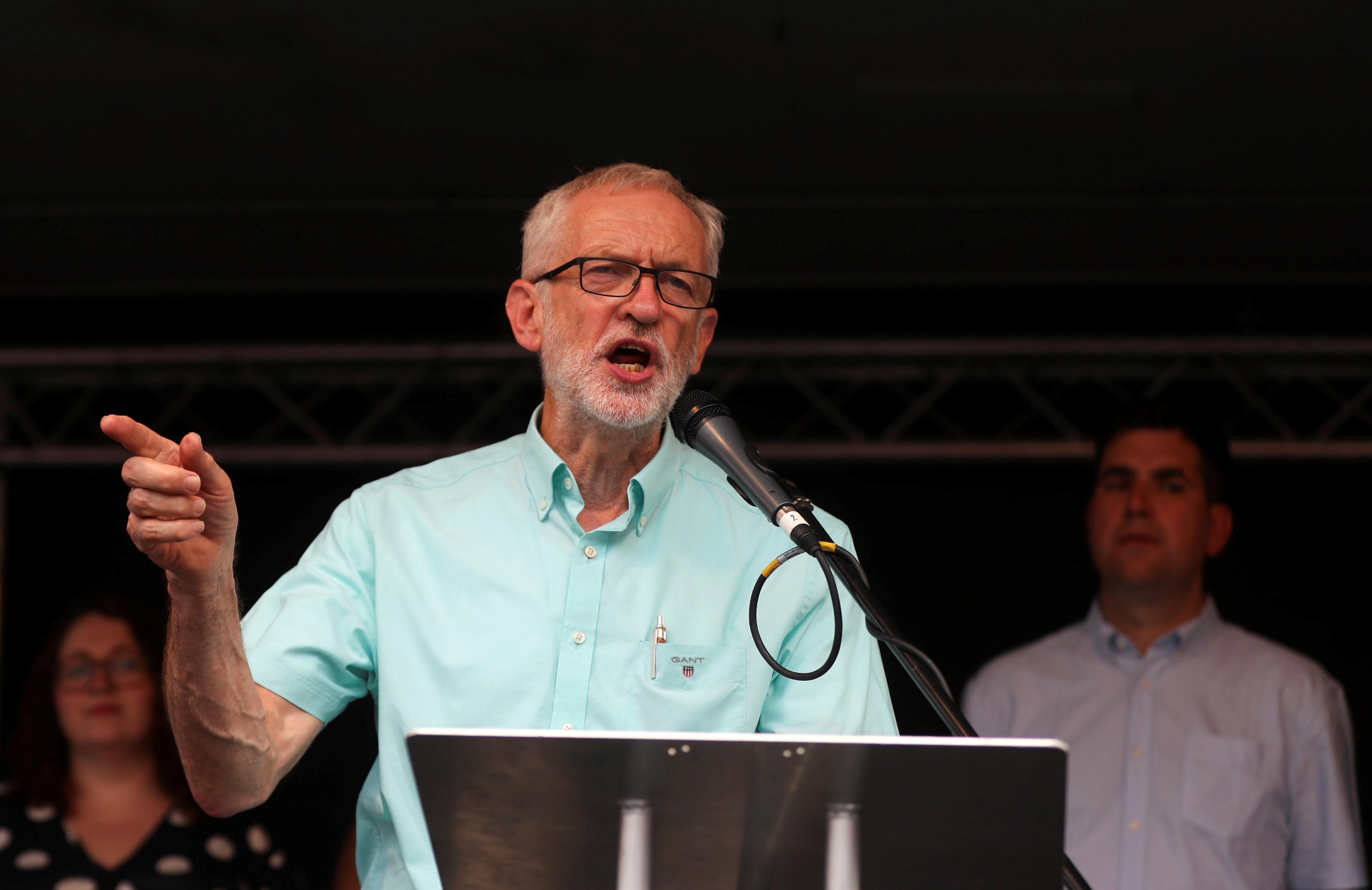 Johnson has promised to take Britain out of the European Union by Oct. 31, with or without a deal, setting the scene for a showdown in parliament where MPs are opposed to a divorce without a transition agreement.

In a letter to opposition party leaders and several senior Conservatives opposed to a disorderly exit, Corbyn said his “strictly time-limited temporary government” would delay Brexit and hold a general election.

He said Labour would campaign in the election to hold a second referendum on the Brexit terms, including an option as to whether the country should remain in the bloc three years after it voted to leave.

MPs return from their summer break on Sept. 3, reconvening for a battle over Brexit that will determine the fortunes of the world’s fifth-largest economy.

Johnson, who led the 2016 campaign to leave the EU, has staked his premiership on getting Britain out by Oct. 31, prompting politicians from all sides to try to stop him.

On Wednesday he said those trying to block Brexit were engaged in “a terrible kind of collaboration,” after former Chancellor Philip Hammond said parliament would block a no-deal exit, and that the government must respect it.

Were Johnson’s government to lose a no-confidence vote, MPs would have a 14-day period to try to form a new administration; otherwise a general election would be called, which could be held after the Oct. 31 exit date.

Opponents of a no-deal exit say it would be a disaster for what was one of the West’s most stable democracies, shattering supply chains, damaging global growth, and weakening Britain’s standing in the world.

Brexit supporters say while there may be short-term disruption, it would provide a clean break from the bloc and allow the economy to thrive.

Parliamentary votes have shown there is a small majority against a no-deal Brexit. Corbyn, a low-key Remain campaigner during the 2016 referendum, has come under pressure from his own side to step up efforts to prevent it from happening.

He said he hoped his proposal to lead a caretaker government could “halt the serious threat of No Deal, end the uncertainty and disarray, and allow the public to decide the best way ahead for our country.”

But Corbyn, a veteran socialist, is a highly divisive figure in parliament and could struggle to form a majority of his own.

While the political turmoil of the last year has led to an unprecedented level of cross-party cooperation, many in Johnson’s Conservative Party and others would still find it difficult to vote for Corbyn.

Jo Swinson, the new leader of the pro-EU Liberal Democrat party which has 14 MPs in the 650-seat parliament, described the proposal as “nonsense.”

“Jeremy Corbyn is not the person who is going to be able to build an even temporary majority in the House of Commons for this task,” she said. “I would expect there are people in his own party and indeed the necessary Conservative backbenchers who would be unwilling to support him.”

She is due to set out her own proposal on Thursday to work with other parties to block a no-deal Brexit.

Sky Views: With this budget, the Treasury has lost the war

‘Not a chance!’ Backlash over bizarre ‘Clap for Sturgeon’ campaign