A Labrador puppy which was rescued from a layby in Kent along with six of his siblings has developed a mystery illness following the ordeal. The underweight fox red Labradors were found dumped on the A249 in Swale, Kent. The puppies are believed to be aged between 10 and 12 weeks old but have gone on to regain strength at KareBear Kennels in Gillingham.

But despite his five brothers and sister thriving after being rescued, one pup, named Archilles, has remained poorly after coming down with a mystery illness.

Swale Borough Council’s dog warden said on Facebook: “After noticing he was off his food Kelly and Billy Bleach, from the kennels, rushed him to Newnham Court Veterinary Hospital where he was kept overnight for fluids and observation.

“Whilst there, he presented with some bloody stool and we feared the worst, but thankfully canine parvovirus, a contagious virus, has been ruled out.

“Though his temperature has come down and he’s brighter in himself, Bobbing Hill Veterinary Surgery, who are now in charge of his care, have made it clear he isn’t out of the woods and his prognosis is still guarded. 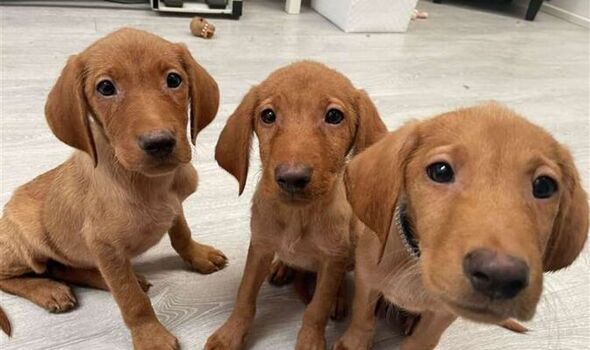 “We’re still not sure why he’s so poorly, but Kelly and Billy are doing everything in their power to get him through it.”

Achilles has now been sent home with lots of medication and is being monitored 24/7 for any changes.

The dog warden added: “After such a rough beginning, Achilles deserves to experience the joys of life.

“We know times are very difficult right now, but if anyone is able to donate to his ongoing medical care, please donate to the kennels directly.”

READ MORE: Meghan and Harry’s seating arrangement at funeral a ‘sign of favour’ 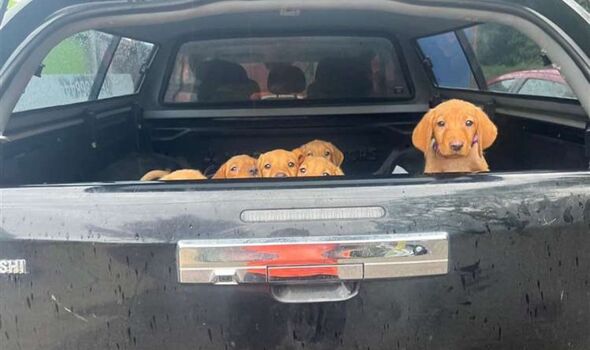 In a Facebook post, Kelly and Billy, owners of the kennels, said: “It’s been a very busy week here as we have the seven dumped puppies.

“They were found behind a bin on the A249 in a crate not big enough for them all so they were on top of each other.

“They also have a mange, are very malnourished and poorly. We’ve been struggling with them this week, all but one are on the mend.

“We’re rooting for the little boy, we called him Achilles and hope he pulls through.” 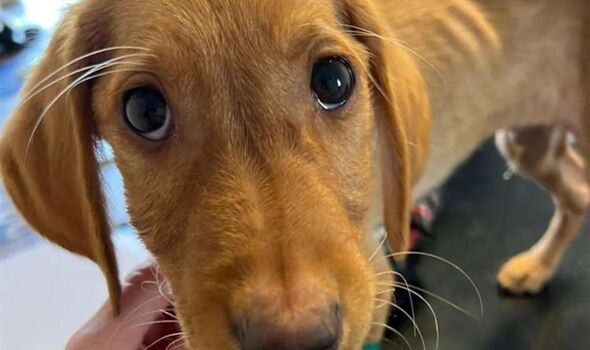 When the pups were found, a spokesperson from the local council said: “They’re skinny, smelly and all suffering from mange. They also have woodchips in their faeces which could suggest poor environment, poor diet or both.

“Puppies should be tiny whirlwinds full of confidence and energy, but these guys are so nervous. Even with the crate door open, all of them were too frightened to move.

“Their little claws are so sharp and long, we wonder if they’ve ever left the crate at all. This is animal cruelty and outright neglect.

“These pups didn’t ask to be born and they certainly didn’t deserve to be dumped like rubbish. Sadly, with the current pet crisis, we feel this is just the tip of the iceberg.”

Meghan Markle interview: Meghan will NOT give landmark TV appearance as claimed