LONDON — When the full weight of Britain’s Supreme Court came down on Tuesday against the suspension of Parliament, it was dropped like a hammer on Prime Minister Boris Johnson by the first woman to serve as the court’s president: Lady Hale.

In calm, clipped, riveting tones, she read the damning judgment from a sheaf of papers ruling on the act of suspension, called “prorogation.” “The decision to advise Her Majesty to prorogue Parliament was unlawful because it had the effect of frustrating the ability of Parliament to carry out its constitutional functions without reasonable justification,” the judge said.

She added: “The prorogation was void and of no effect — Parliament has not been prorogued.”

The Supreme Court has ruled that Prime Minister Boris Johnson’s advice to the Queen to suspend Parliament for five weeks was unlawful pic.twitter.com/KNpCuxcpBE

There were gasps in the court and tears from the lawyers who had argued the case, according to the BBC. Superlatives erupted on television and social media, as visibly stunned journalists delivered the news:

“No one expected this.”

A trailblazer in the high court

The appointment in 2017 of Brenda Hale as president of the Supreme Court was a landmark decision: She was the first woman to hold the position, just as she had been the first woman appointed to Britain’s highest court.

An academic, legal reformer and feminist, the judge took the office at 72 after being described as “one of the most forthright and liberalizing influences on the court.”

Among Lady Hale’s most high-profile previous cases was ruling on whether the government had the power by itself to invoke Article 50 of the European Union’s Lisbon Treaty, the formal start of the Brexit process.

She sided with the majority in deciding that Britain’s departure from the European Union had to be authorized by Parliament.

She has also backed the use of random stop-and-search powers for the police to tackle crime and gang violence, saying that the tactic brought “great benefits to the public” and that there were sufficient safeguards around its use, even though some black Britons have denounced it as discriminatory.

Lady Hale said: “Put bluntly, it is mostly young black lives that will be saved if there is less gang violence in London and some other cities. It is the randomness and, therefore, the unpredictability of the search which has the deterrent effect and also increases the chances that weapons will be detected.” 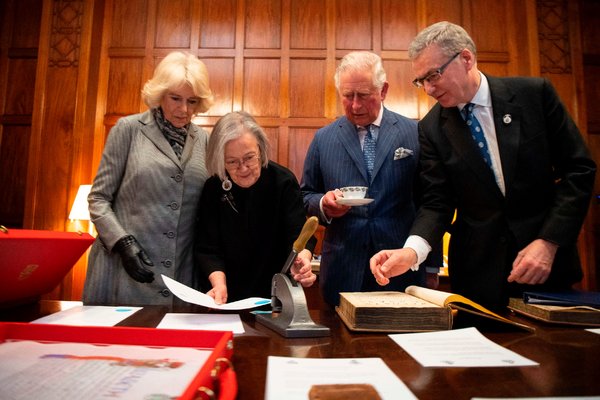 A child of teachers

Born in Yorkshire, England, to two teachers, both of whom became school principals, she attended Girton College at Cambridge University, where as a law student she graduated at the top of her class in 1966, “one of six women in a year of well over a hundred men,” according to British Vogue.

She told the magazine of her time at Cambridge: “I did some singing, I was a member of the Gilbert & Sullivan Society, which was really good fun. I did a bit of acting … Yes, I had an active social life.”

She later taught law at Manchester University and became a professor before qualifying as a barrister. In the 1980s, she was appointed to the Law Commission, an independent body that scrutinizes laws in England and Wales, and became a Queen’s Counsel, a member of a select group of senior trial lawyers.

On the commission, she had a hand in overhauling laws relating to children, domestic violence and mental health. Among her decisions that paved the way to landmark changes was a ruling that domestic violence was not limited to physical contact.

Her work helped create major pieces of legislation, including the Children Act 1989, the Family Law Act 1996 and the Mental Capacity Act 2005.

A believer that ‘women are equal to everything’

In 2004, Brenda Hale became Baroness Hale, Britain’s first female law lord, as the country’s most senior judges were then known. On her appointment, she chose a coat of arms with the Latin motto “Omnia Feminae Aequissimae”: “Women are equal to everything.”

In 2018, she appeared on an episode of the British reality TV show “MasterChef” — the theme was female suffrage — and she is one of the most visible members of the 12-member Supreme Court, including on the court’s Instagram page. In the September article in British Vogue, she was called “a heroine for our times.”

Known as an advocate of diversity, she said this year during a speech to commemorate the centenary of women’s entry into the legal profession that more of Britain’s judiciary should be women. Just 29 percent of court judges in the country are women, according to the Ministry of Justice.

“We should be half of judges at least,” Lady Hale said. She has denied, however, claims that she is a “judicial activist.”

She has also been vocal about the wigs that many advocates are required to wear in court. “I have this specific objection that everyone has to wear these men’s wigs,” she said in an interview with Prospect Magazine. “I had a fantasy once that on my last day of having to wear a wig in court I would go and hire a madame de pompadour women’s wig and powder that up.”

More recently, she criticized the fact that when she had been the only woman on the Supreme Court, all her fellow judges at the Supreme Court belonged to an all-male private member’s club. She said she found it unacceptable for them to have a professional space to socialize and interact that excluded her and other women.

“She’s already visible as one of the very few female judges in this country but has embraced her role as a woman with a different perspective,” Afua Hirsch, a former trial lawyer and author of a children’s book about Lady Hale, said of her in an interview with the BBC.

Currently, Lady Hale, Lady Black and Lady Arden are the only female judges on the Supreme Court bench.

A lover of brooches

Lady Hale’s signature sartorial touch runs to jeweled pins and brooches. Internet users zeroed in on the spider attached to her chest on Tuesday as she read the decision tearing down Mr. Johnson’s prorogation decision.

“Lady Hale demonstrating the potential for vast novelistic sub-narratives offered by a correctly chosen brooch. What a tangled web we weave, indeed,” one Twitter user wrote.

It reminded observers of how former Secretary of State Madeleine Albright used pins and brooches as a diplomatic tool. For Ms. Albright, it started when she was the ambassador at the United Nations and Saddam Hussein called her a serpent. After that, she wore a snake pin every time she had to deal with matters related to Iraq.

“On good days, I wore flowers and butterflies and balloons, and on bad days, all kinds of bugs and carnivorous animals,” Ms. Albright told Smithsonian.com in 2010. “I saw it as an additional way of expressing what I was saying, a visual way to deliver a message.”

People started creating T-shirts with the spider’s image to raise money for a homeless charity.

More generally, Britons, opposition lawmakers and others expressed antipathy toward Mr. Johnson — calling for him to resign — by praising the face of the court who brought him the bad news.

One person wrote on Twitter: “Lady Hale QC, brilliant UK Supreme Court President, assuming the institutional duty to preserve the essential constitutional functions of the Parliament, and implicitly rejecting superior powers of the executive. This is how democracy prevails.”

Speaker John Bercow told reporters that members of Parliament would return and get back to work on Wednesday morning.

Mr. Johnson, however, sounded a note of defiance, telling reporters in New York, where he was attending the United Nations General Assembly, “I strongly disagree with what the justices have found.”

Mr. Johnson said there was a strong case for getting on with the queen’s speech and with Brexit on Oct. 31.

Reporters rushed to point out the obvious: Since a queen’s speech can’t occur until Parliament is prorogued, and the court had unanimously invalidated his plan, the prime minister is once again boxed in.

UK could move on 'mechanism' of Northern Ireland consent