Commonwealth games: Wessexes arrive at the NEC for netball

Lady Louise delighted royal fans by heading to the Commonwealth Games for the third day in a row. The 18-year-old accompanied her parents Sophie, Countess of Wessex, and Prince Edward to the National Exhibition Centre (NEC) in Birmingham.

There, the first sporting event they watched was a netball game.

In the clip, Lady Louise appears to be chatting with her brother James, Viscount Severn.

The 18-year-old looked stylish in a flowy red and white dress, paired with white trainers and a cross-body bag. 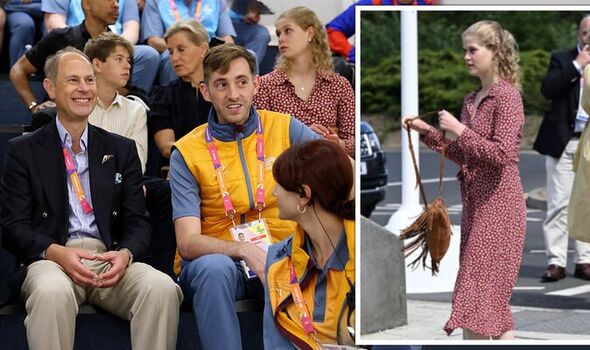 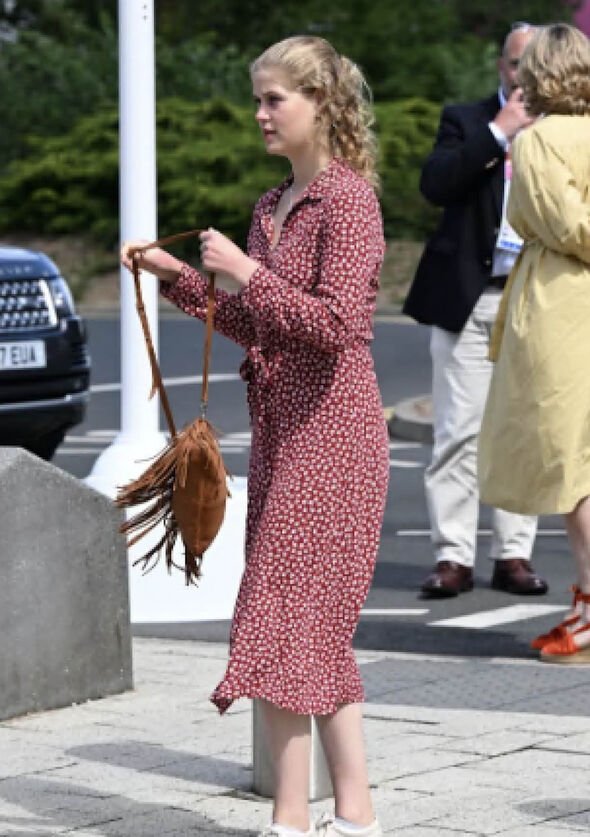 For this day of sport, her mother Sophie preferred to wear a pair of beige trousers with a classy blue blouse.

The family was later spotted watching squash at the Hockey & Squash Centre.

While Louise sat next to her mum and brother, Prince Edward spoke with members of the Commonwealth Games Organising Committee.

Lady Louise and her family’s return to the Birmingham’s Games was hugely welcomed by many royal fans.

Writing on Twitter, @Hannahcjg said: “Nice to see them giving their support again.”

And Cassandra Rose added: “Yay the Wessexes are back at the Commonwealth Games.”

The Wessexes are playing a prominent role during this tournament as the Earl is vice president of the Commonwealth Games Federation (CGF).

Sophie and Prince Edward first arrived in Birmingham on Thursday, for the Games’ Opening Ceremony.

The royals were joined by Prince Charles and Camilla, Duchess of Cornwall, who represented the Queen at the event.

Her Majesty, who has been experiencing mobility issues over the past few months, is not expected to head to Birmingham this year.

The 96-year-old monarch, believed to be particularly close to her granddaughter Louise, has spent the past two weeks in Scotland and is expected to remain at Balmoral until early September.

Sophie and Prince Edward made their first appearance at the Games with Louise and James on Monday, when the family of four watched together England playing a badminton match, boxing events and weightlifting.