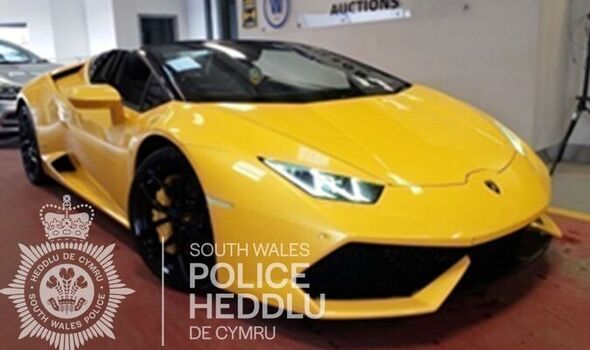 The men, who received a total of nearly 40 years behind bars, were part of a gang that trafficked around 110lb of drugs from London and Essex to Wales. A Proceeds of Crime Act hearing at Swansea Crown Court heard the gang, from the city, collectively made more than £6million from their crimes.

As well as the Lamborghini, other goodies seized included a Range Rover, luxury caravans and cash.

The force’s financial investigator, Jo Williams, said: “This incredible level of orders under the Proceeds of Crime Act is fantastic.

“We also secured an image of the number plate Daniel Harris was using back in 2011.

“At that time, his private number plate had the words ‘crime pays’ – something which I’m sure he now regrets.”