Home » Europe » Lamborghini worth £170,000 has argument with lamppost and loses 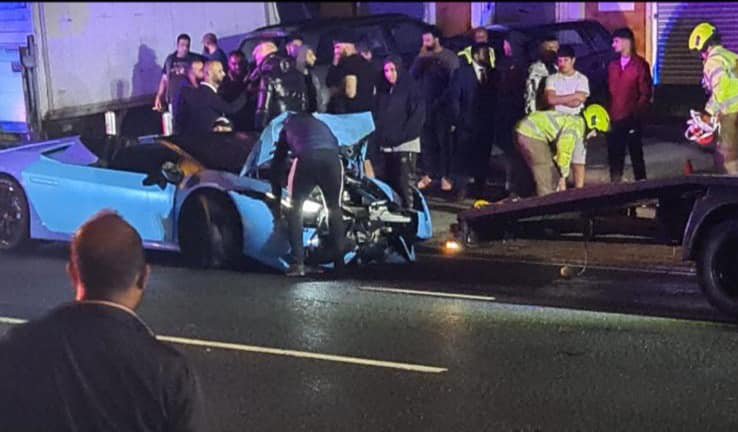 A powerful supercar has been turned into a mangled likely write-off after it crashed in Birmingham.

The £170,000 Lamborghini Huracan was pictured being dragged onto the back of a low-loader after it crashed into a lamppost.

In front of the car was a man who appeared to be the owner, looking into the engine in despair.

A crowd gathered to see the expensive vehicle being taken away following the collision shortly after midnight on Sunday.

Firefighters were called and sprayed the car after spotting signs of a potential fire.

Police said that nobody was injured.

A fire service spokesman said: ‘The area was cordoned off because the lamppost was left in a precarious condition. The crews used a specialist winch attached to the car to remove it from the lamppost.

‘There were signs of burning and we used a hose reel to make sure.’

The Huracan is the cheapest Lamorghini on the market, going for around £170,000.

However, when you add a few extras that figure quickly rises closer to £300,000.

In 2018 a £180,000 Lamorghini crashed into an electric box when the driver accelerated around a corner too fast. 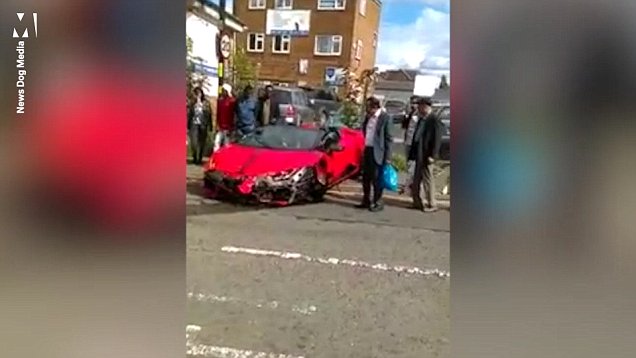