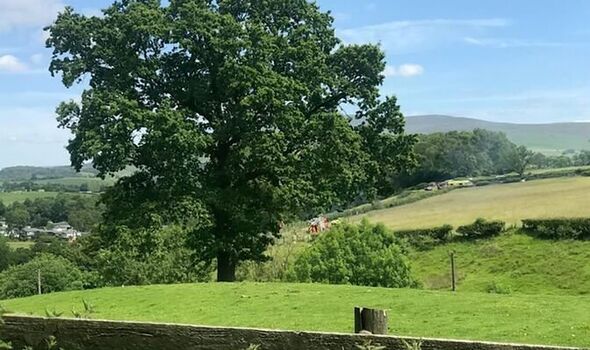 North Yorkshire Police confirmed that two people were killed in the crash.

They have now been named by police as Ian MacDonald and a 16-year-old German student named Admarsu Birhan.

Mr MacDonald, from Burton in Lonsdale, had been piloting the helicopter, Lancashire Live understands.

The youngster is believed to have been staying with a family nearby.

An investigation into how the crash happened is now underway.

In a statement, the man who was hosting the student initially confirmed the tragedy.

He wrote: “I need to let you all know that Ian Macdonald and the young German student staying with me were both killed in the (helicopter) crash.

“Families have been told. We are devastated.”

Over 70 people have left comments in tribute, with one person describing the teenager as a “lovely lad”.

This afternoon, North Yorkshire Police confirmed these details, tweeting: “The investigation into the full circumstances surrounding the helicopter crash near Burton-in-Lonsdale continues.

“We can now provide the names of those who we believe to be the two people who sadly died in the crash.

“We believe they were local man 66-year-old Ian Macdonald and 16-year-old Admarsu Birhan, a German national. Formal identification is yet to take place – please respect the family’s privacy at this time.” 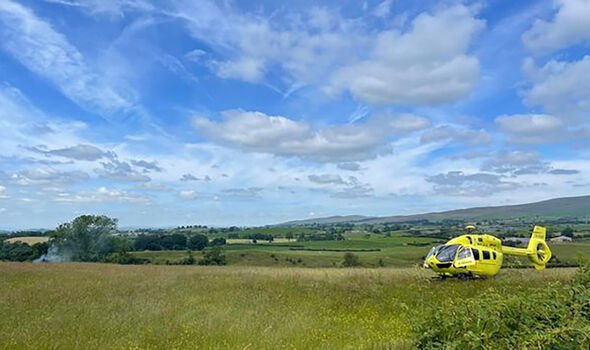 A spokesperson for North Yorkshire Police said yesterday: “A full investigation is underway into the cause of a helicopter crash near Ingleton.

“The incident happened shortly before midday in a field off Bentham Road near Burton in Lonsdale.

“Two people were sadly killed as a result of the crash. Their families are being supported by specially trained officers.

“There was not believed to be anyone else on board the helicopter.

“There is a full road closure at the A65 and at the junction of Bentham Moor Road.

“People are urged to continue to avoid the area.”

Resident Ben Slinger, 35, said locals were told there was a pilot and at least one passenger onboard.

He said he had spoken to other locals at the scene who believed police and fire crews were searching for an individual who may have “bailed out” before the helicopter went down.

He said: “The helicopter was on fire. We heard that the pilot was alive, but one or two other people were missing and may have bailed out of the helicopter before it crashed.

“I think police helicopters were searching for somebody. We went for a look as it’s only round the corner and somebody said that.

“The fire crew were searching up and down the fields, and there was a police helicopter with a thermal imaging camera.

“It certainly looked like they were looking for somebody. We could see the fire brigade searching the fields.”