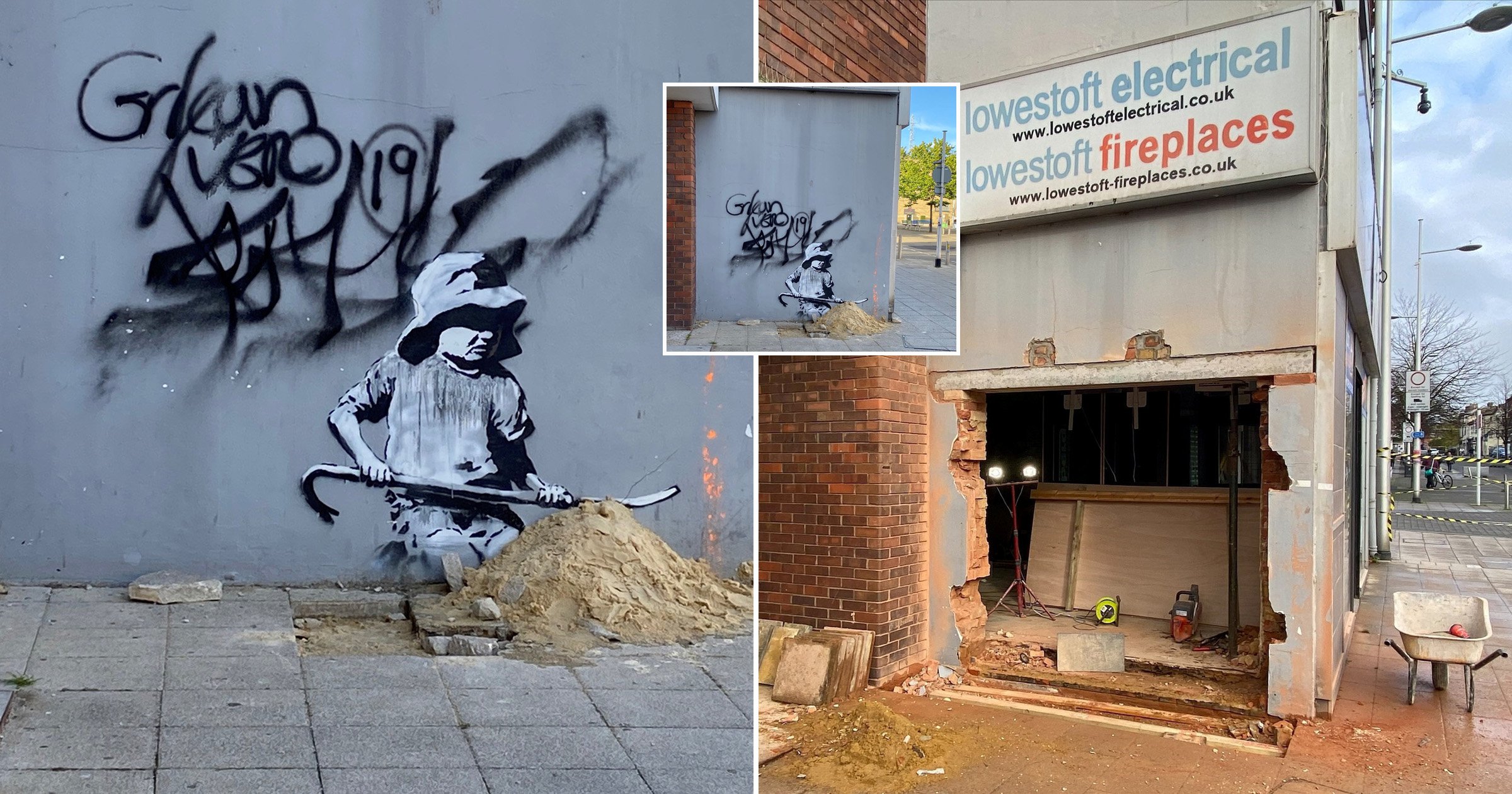 A Banksy mural ripped from a wall has sold for a rumoured £2 million, sparking outrage among residents of a seaside town.

Depicting a child with a crowbar next to a sandcastle, the graffiti had appeared on an old electrical shop in Lowestoft, Suffolk, in August.

Gary and Nadine Schwartz, the couple who own the building on London Road North, later removed the work of the world-renowned street artist and have now sold it privately.

But Nasima Begum, the deputy town mayor, branded it a ‘shame’ that the pair had decided to ‘profit off something that wasn’t for them’.

She added: ‘I’m sure Banksy didn’t put it on there in the hope that someone would profit from it.

‘It’s a real shame. The Banksy art created such a buzz and attracted so many visitors to the area.’

People had been flocking to the coastal town to check out the satirical work until it was removed in November.

At the time, some people argued that ‘this was not what Banksy had in mind for one of his master pieces’.

‘Crowbar Girl’ was one of 10 created in Norfolk and Suffolk by the elusive street artist, whose real name and identity are the subject of much speculation.

The former electrical shop had originally been on the market for £300,000 when the work appeared.

Shortly after, it was relisted for £500,000 after Banksy confirmed it was part of his ‘Great British Spraycation’ series.

Initially, it was rumoured that the artwork was shipped to the prestigious Julien’s Auctions in California, US.

But it has now emerged that it never left British soil and has instead been sold to a private buyer for an undisclosed price.

He revealed that the mural could have sold for as much as £2 million at auction.

Previously, the collector had pointed out that this was a ‘missed opportunity’ for the town.

He told BBC: ‘Lowestoft was given a gift by Banksy; a golden opportunity to bring thousands of tourists into the town and help the local economy.’

Great-gran, 99, is UK's oldest to survive coronavirus after 'miracle' recovery