The London Fire brigade have dispatched ten fire engines to the scene. The fire broke out earlier today on Tudor Drive in Morden.  There is a 25-metre cordon in place around the scene and people have been advised to avoid the area.

Half of the third floor of a house is alight and part of the ground and first floors of two further properties are also alight.

Three houses are currently impacted by the blaze.

Local counsellor Hina Bokhari, situated near to the blaze, shared a video to social media of smoke pouring from a nearby building.

She tweeted: “I’ve heard @LondonFire are on their way to the fire taking place in Lower Morden/Sutton.”

She added: “Lots of smoke and ash.”

The LFB said the situation is ongoing.

It is not known whether anyone has been injured in the blaze.

The cause of the fire is also unknown. 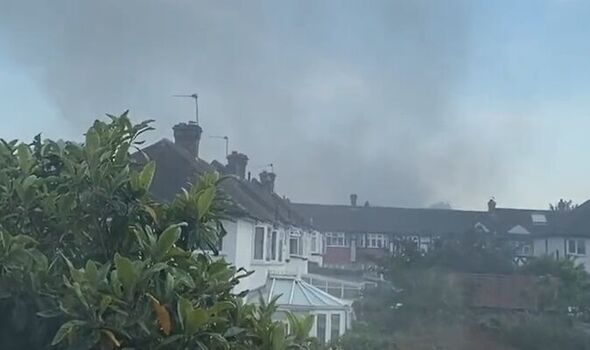 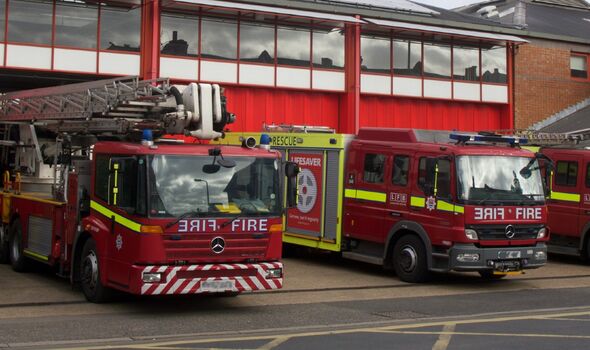 The fire brigade has so far received more than 20 calls concerning the blaze.

It was first called at around 7pm.

Crews from New Malden, Sutton, Wimbledon and surrounding fire stations are at the scene.

Station Commander Jon Singleton, who is at the scene, said: “The fire started in the roof of one of the properties and spread into neighbouring houses. 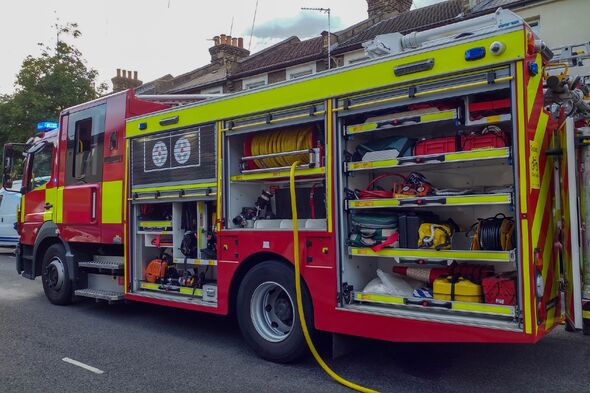 “One of the Brigade’s 32-metre turntable ladders is being used as an observation platform and as a water tower to get water on to the building externally.

“Tudor Drive is closed in both directions and we urge people to avoid the area.”