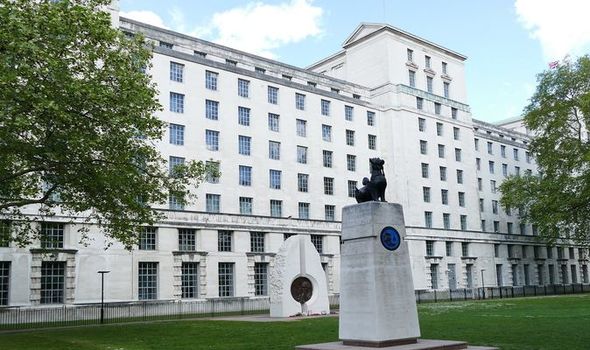 Arthur Rollins served with the famous jungle fighters who were regularly dropped behind Japanese lines in the Second World War. He was believed to be the last living member of the Chindits (Long Range Penetration Groups), a mix of British and Indian special forces. Between 1943 and 1944, the heroes carried out daring raids in Burma in sweltering jungle heat while plagued by dysentery and malaria.

Arthur took part in the 1944 “Operation Thursday” mission when 10,000 men, 1,000 mules, equipment and supplies were dropped deep behind enemy lines by glider.

He served under Brig Orde Wingate, who created the Chindits, with the group blowing up roads, bridges and ammo dumps.

In 2013, Arthur described fighting the Japanese hand-tohand using bayonets while wading through swamps. He said: “If the Royal Engineers with us couldn’t dismantle the rail tracks, we would blow them up and do anything else to disrupt the enemy. All the time they were shelling us with 25-pounders or mortars.”

On one occasion, the Japanese attacked at night. Arthur said: “We couldn’t see them, so it was no use aiming guns. Six of us threw grenades one after another. We killed several, but they dragged most away.” Arthur joined the Chindits while a private in the 1st Battalion South Staffordshire Regiment.

He also fought in North Africa and was captured by Italian forces and then the Vichy French but escaped both times.

In 1946, Arthur returned to Worcestershire and became foreman ofWorcester Porcelain.

After he died on October 2, his family called him a “warrior to the end”. He was given full military honours at his funeral on Wednesday. Members of the Mercian Regiment – formed from the former South Staffs Regiment – marched in front of his hearse as a guard of honour with the regiment’s former mascot, a Staffordshire bull terrier.